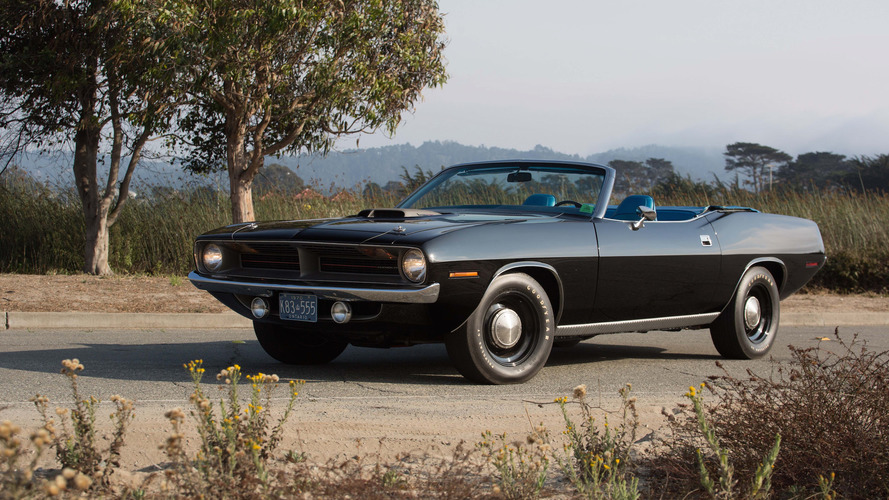 Mecum’s 2017 Kissimmee sale promises to be bigger and better than ever.

More than 3,000 classic cars will cross the auction block when Mecum opens up its doors on January 6, 2017. The annual Mecum Kissimmee auction will continue its reign as the "world’s largest collector-car auction" with a 10-day extravaganza that spans more than 60-acres at the Osceola Heritage Park.

Of the 3,000 cars coming up for auction, more than 150 of them will be classic Corvettes, 100 of them Camaros and Chevelles, 75 Mustangs, and more than 50 Porsches, just to name a few. A triage of 1968 Ford Mustang Cobra Jet lightweights will be the centerpieces – of which only 51 examples of which were ever produced – and one example in particular has just 3,000 original miles (4,828 kilometers) to its name. It wears the "Daddy Warbucks" blue and gold livery and was raced by Phil Bonner for a number of years.

A 1962 Shelby Cobra once owned by Lance Reventlow of Scarab-racer fame will also cross the block, as will a 1963 Chevrolet Impala Z11 known as "Old Reliable IV," and one stunning Superbird with just 9,000 original miles (14,484 kilometers). Also in attendance will be a number of pristine ‘Cudas, Coronets, and even a Pontiac Catalina or two.

In addition to the 3,000 cars that will be heading for the auction block in Kissimmee, Mecum will be re-introducing its Road Art segment, which sees pristine examples of neon and porcelain signage, gas pumps, and other memorabilia from automotive brands go up for sale, as well as a collection of original and high-performance engines and parts.

Mecum Auctions, the world’s largest collector-car auction company, will offer more than 3,000 classic and collector cars in the Sunshine State this Jan. 6-15, when it hosts its biggest auction of the year: Mecum Kissimmee 2017. This year’s docket is flush with world-class collections of some of the most significant early muscle cars and vintage drag cars ever to be offered publicly, as well as more than 150 Corvettes of varying vintage, over 100 Camaros and Chevelles, 75 Mustangs, more than 50 Porsches and a huge helping of Hemis, to name a few.

The annual auction has been recognized as the largest collector-car and Road Art® auction in the world for multiple years running and will surely claim that title again in 2017. Osceola Heritage Park in Kissimmee, Florida, will become a car enthusiast’s paradise this January as 60 acres are covered in 3,000 collector cars and more than 1,000 Road Art items for 10 days of auction. The event is massive; its size and subsequent variety are unparalleled. The Kissimmee 2017 lineup will include everything from entry-level collector vehicles to multimillion-dollar investment pieces.

Among this year’s lineup are myriad rare and one-of-a-kind cars, from a trio of 1968 Ford Mustang Cobra Jet Lightweights (Lots S119, S120 and S120.1), of which only 51 were ever produced for drag racing, to a 1962 Shelby Cobra, serial No. CSX2032 (Lot F153), once owned by Lance Reventlow of Scarab-racer fame. Others among the consignments that will stand out when Mecum rolls into Kissimmee are vintage drag racers coming out of the collections of Don Fezell, and Jackie and Gary Runyon including many with ties to famed names like Bill “Grumpy” Jenkins, Dave Strickler, Dick Milner, Bill Ireland, Butch Leal, Arlen Vanke, Warren Barnett and others. Highlights among the drag cars on offer include the iconic 1963 Chevrolet Impala Z11 (Lot S103) know as "Old Reliable IV." Other auction headliners include Hemi Cudas, vintage Shelbys, some of the most significant and awarded Corvettes in existence, numerous wing-cars, and a whole lot more.

In addition to the 3,000 cars that will be offered in Kissimmee, Mecum’s Road Art segment brings a whole other aspect of excitement to the auction block, highlighting not only top-shelf collections of neon and porcelain signs featuring favorite automotive brands, but also hundreds of original and NOS high-performance engines and parts constituting the most significant such assemblage that Mecum has ever offered.

The auction is open to sellers, buyers and spectators. Bidder registration is $100 when completed online in advance, or $200 after auction start; registration includes admission for the bidder and a guest for all 10 auction days. General admission tickets are available online in advance for $20 per person, per day, or at the gate for $30; 10-day auction passes are available for $200, and children 12 and younger receive complimentary admission.