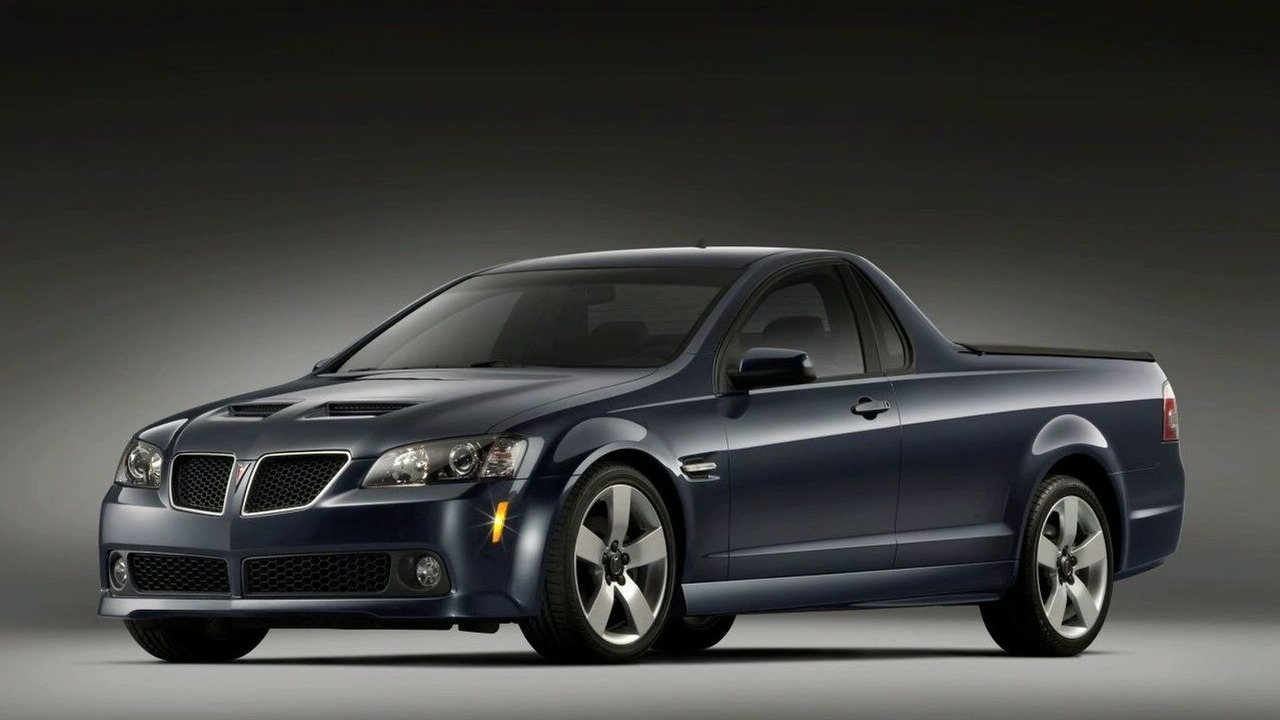 GM has killed the Pontiac G8 ST sport truck as part of its plans to shrink Pontiac and make it more of a niche brand. Pontiac said it will also be reducing the number of models in its range from the present six.

GM has killed the Pontiac G8 ST sport truck. Yes, what was slated to be the El Camino of the next decade will never be.

GM has cited its "continuing vehicle review" as a reason for junking plans for the ST sport truck version of the G8. That is, they're reviewing which vehicles they can no longer afford to produce. GM also re-stated its intention to turn Pontiac into a niche brand.

"With Pontiac being more focused on sporty, fun-to-drive cars, we took a long look at the ST and it didn't fit with what our future vision of Pontiac would be," Pontiac spokesperson Jim Hopson said in the Automotive News story. Apparently, GM decided the ST sport truck wasn't sporty enough.

Russ Clark, who heads product marketing for Pontiac, says in the story that Pontiac will be reducing its number of models from the present six and, in the future, will have less nameplates in the range. All this will be in accordance with GM's "niche" intentions for the brand. He also said that they killed the ST sport truck because it was a "low-volume niche product". Okay, we get it now. We get why GM is in such trouble.