Spied Mercedes CLS replacement might not be renamed CLE 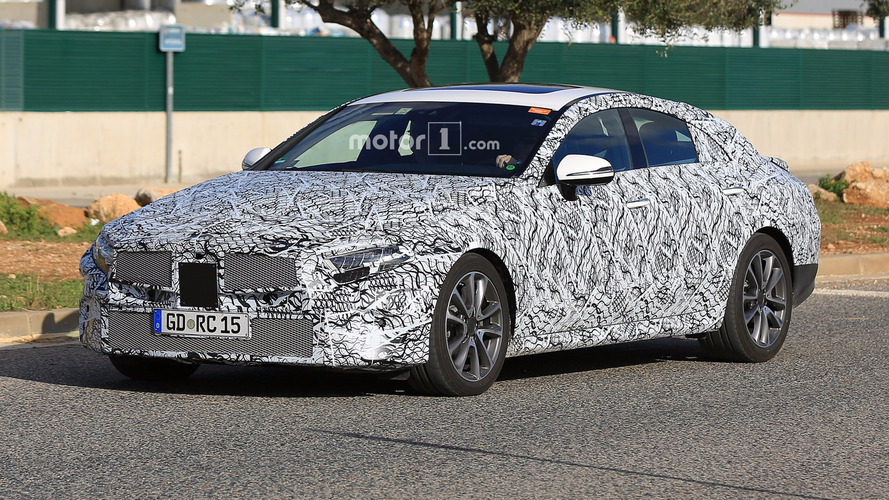 The all-new CLS has been caught on camera once again hiding its sleek body. Our sources suggest it will retain the name.

In November 2014, Mercedes revealed a revamped nomenclature structure to better show off the connections between models and their sizes. The GLK is now called GLC and the SLK has been renamed SLC since both of them are related to the C-Class family. The M-Class is no more as now we have the GLE to point out it’s linked to the E-Class, whereas the GL has been re-baptized GLS to create a connection with the S-Class.

As the image above illustrates, the CLS is not due for a name change. Indeed, it would make sense for the next generation to be renamed CLE since it will be based on the E-Class, but our sources say it will stick with the current designation. It does seem a bit odd the stylish four-door coupe won’t follow the naming formula, but that’s what our insiders are saying. In addition, we haven’t heard anything from Mercedes about a switch from CLS to CLE for the model’s second generation.

The rumor mill indicates the company with the three-pointed star logo doesn’t have plans for a new CLS/CLE Shooting Brake, a model which has never been sold in United States. It remains to be seen whether the rumor will pan out and if a name change is actually being planned.

As for the spy shots at hand, there was a rather weird bulge on the prototype’s trunk, but obviously it won’t be there on the production car since Mercedes is only using it to better mask the CLS’ rear design. Here’s a question: what if it’s actually hiding a switch to a liftback? There are also some bulges on the sides of the rear glass, and maybe those are clues pointing out the body style change. Keep in mind it’s purely a speculation at this point, but it would make sense taking into account the Porsche Panamera has the same trunk opening.

Once that swirly camouflage will come off, it will basically show a more stylish E-Class Sedan (or a four-door E-Class Coupe?) with a sloped roofline to give the illusion of a coupe. A slightly longer wheelbase to enable more space in the back is likely on the agenda, along with a more luxurious cabin compared to the regular E from where it will inherit most of the hardware bits.

Expect the new CLS/CLE to bow in September 2017 at the Frankfurt Motor Show before going on sale late 2017 or early 2018.