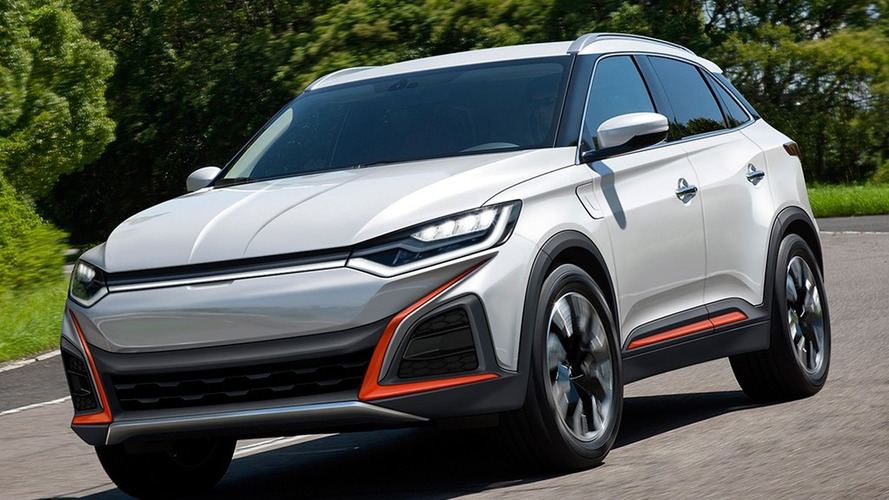 The story has been updated.

UPDATE: WM Motor has contacted us to explain the images do not depict any of their models and are not associated with the company. An official statement regarding the matter has been published on their website here.

Founded by Freeman Shen, a former Volvo China chairman and chief executive, WM Motor is a new EV startup from the People's Republic. Several images have emerged onto the web this week allegedly depicting production cars it plans to launch in the years to come. Attached pictures are showing a total of four models: an SUV, an MPV, a sedan, and what appears to be a jacked-up wagon.

If you’re wondering why the SUV looks so familiar, it’s because the render is actually a photoshop based on an official image of the 2014 Mitsubishi Outlander PHEV Concept-S without even changing the wheels. As a matter of fact, the whole image has been carried over.

Moving onto the MPV, it looks quite fishy and sends off a strong Zafira vibe. As a matter of fact, the logo on the wheels appears to be Opel’s, thus indicating that whoever created the render didn’t even bother to change it.

As far as the sedan and the raised wagon are concerned, both of them seem to be based on the same vehicle. Might that be the Peugeot 508 Sedan and its rugged 508 RXH wagon counterpart?

Anyway, WM Motor wants to open a factory in Wenzhou, China as well as an R&D center in Germany, according to Forbes. Work on the assembly plant has already commenced and the company has managed to raise $1 billion so far, with plans to launch a total of eight models until 2025.

Once the factory will be operational and is going to run at full capacity, WM Motor estimates it will make 200,000 cars per year. Most of these will be sold locally, but Shen says it wants to kick off exports to United States by the middle of the next decade.

Gallery: Unidentified renders of an SUV, sedan, MPV, and wagon

We, King & Wood Mallesons, are entrusted by WM Motor Technology Co., Ltd. (hereinafter referred to as “WM Motor”), to write to you about the matters in relation to your article published on the website: http://www.motor1.com/news/130085/wm-motor-suv-outlander-render/ .
WM Motor recently found that you have posted a piece of article based on the alleged concept design images of WM Motor over internet which are actually not true, the concerned article would very likely cause misunderstanding and possible disputes, and therefore would negatively impact on the goodwill of WM Motor.
WM Motor hereby requires you to immediately delete / revise the ungrounded contents in the published article. We attach the Official Statement from WM Motor to clarify the facts. This statement is also available from WM Motor’ website: http://www.wm-motor.com/home/news_item.html?id=27&from=groupmessa .
We look forward to your timely response.
Thank you and kind regards,