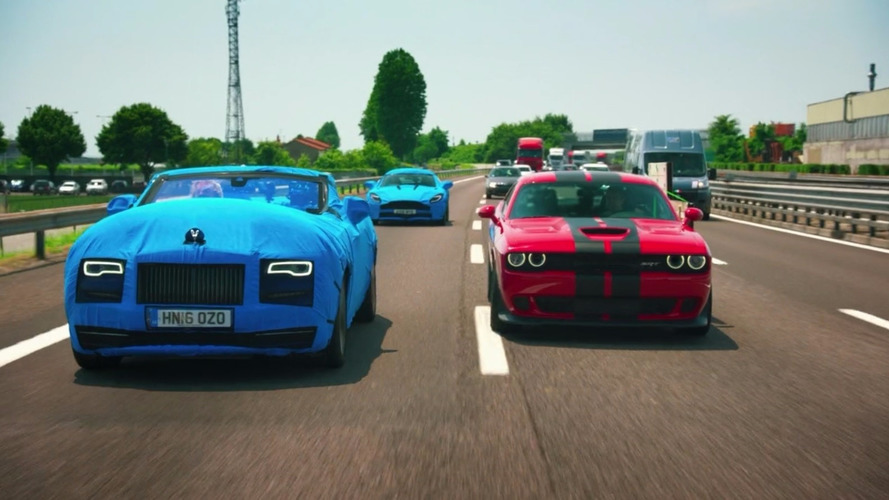 After last week's bonker's, Edge of Tomorrow-esque episode, Clarkson, Hammond, and May have settled down a bit for Episode 3 of The Grand Tour with a gentle, cultural road trip - indeed, a grand tour -  across Italy in three very different cars.

Well, I say the trip is gentle and cultured, but...

1. Coming to you live from Whitby, England

An extremely pretty coastal town in the county of Yorkshire. Where the trio all grew up.

2. Jeremy and James bring the right cars for their tour

4. They see many, many gas stations

Museums and art galleries were planned, by the Hellcat's voracious fuel consumption rather gets in the way,

No-one else in history has done donuts in Florence. Or been shouted at so much by James.

6. Jeremy and James make their escape

Several times, in fact, but they never quite manage to lose Richard, despite their disguises. (That, by the way, is a life-size painting of Richard strapped to his car because... Look, it was a plan that backfired.)

7. A little gathering is organized

Finally, Richard is lost in a crowd - that's quite a lot bigger than planned.

9. The moment is ruined

Remember in Episode 1 that Jeremy said Richard and James could demolish his house if the McLaren P1 wasn't quicker than the Porsche 918 and LaFerrari? It's time to collect and, well, you can see what happens.