Toyota will show the new Camry in Detroit 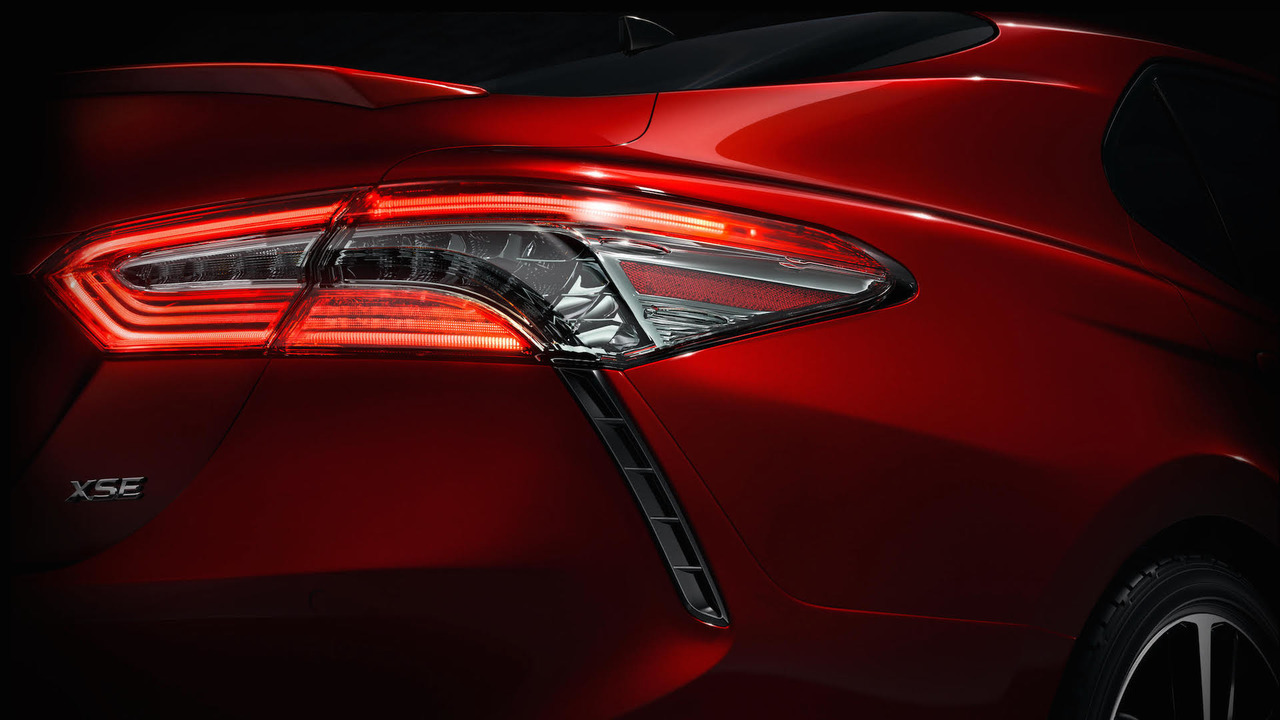 A new face and a new range of engines will be on display come January.

The current-generation Toyota Camry has been on the market since 2011. In 2014, it received a pretty significant facelift for the North American market. But at the 2017 Detroit Auto Show, we’ll see a brand-new example take center stage.

The new Camry – which we've seen testing previously – will be just one feature in a trio of exhibits the automaker will have in Detroit. Along with the Toyota display, that triage will include a Lexus press conference and a "tech showcase," though, we’re still not entirely certain what that last one means exactly.

With little to no detail to work with in the way of visual cues, outside of the single teaser image seen here, previous spy shots and renders give us our most accurate look as to the proposed new design. A polarizing fascia, more aggressively-styled headlights and taillights, and quad exhaust tips are the most significant revisions.

Under the hood, a 2.5-liter four-cylinder engine is expected to be offered as the base, while a turbocharged 2.0-liter four-cylinder will optional, possibly for a performance variant. No word on whether the V6 will carry over, but we expect Toyota to continue to offer the hybrid powertrain.

The 2018 Toyota Camry will go on sale late in 2017 for the 2018 model year, but not before it makes its debut in Detroit at the North American International Auto Show. We’ll know more details closer to the official release.