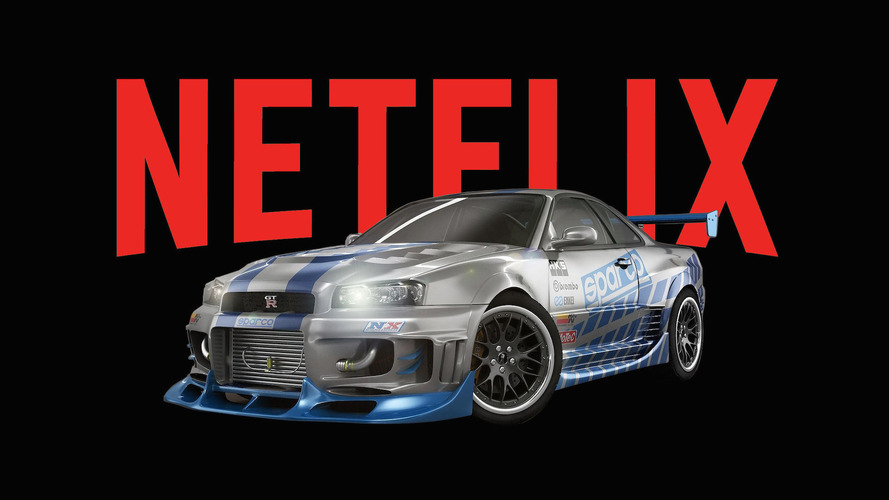 Whether you like muscle cars or EVs, these seven movies are available for download on Netflix right now.

Yesterday Netflix introduced the ability to download and watch a select number of shows and movies directly on your mobile device without an internet connection. What a time to be alive! In our ongoing pursuit of all things automotive, we scraped through the downloadable content to see what kind of auto-based movies are actually available for download. (Note: this list applies only to Netflix customers in the U.S.)

Though it may share the same name as our alternate reality online series, the documentary A Faster Horse tells the story of the iconic Ford Mustang from past to present, 50 years after its initial debut. The full one hour and 30 minute documentary is available to download.

As far as self-explanatory titles go, this one is pretty straightforward. Dreamed up by the same producers behind the /Drive YouTube series, Apex highlights the brilliant minds behind some of the most extreme hypercars on the planet. From the Pagani Huayra, to the Koenigsegg Agera, and others, it’s pure automotive bliss in your hands.

Death Race 2 and Death Race 3: Inferno might not be the most blockbuster-worthy titles on this list, but the cult classic franchise pegs itself as an even more extreme version of the 1975 thriller Death Race 2000, and features some of the strangest automotive mashups you'll ever see. Both are available for download.

One of the most difficult races known to man, the Baja 1000 gets chronicled in the acclaimed 2005 film Dust to Glory. Filmmakers take you behind the scenes of this grueling event in the hour and a half film.

Another duo of cult classic film installments, The Fast and the Furious, and Fast and Furious Tokyo Drift, are both available to download on Netflix. The two films, set just five years apart, see characters played by Vin Diesel, Dwayne “The Rock” Johnson, and the late Paul Walker put their road-racing skills to the test, and complete a few heists in the process.

Released in 2014, Journey to Le Mans is a British documentary that highlights entrepreneur Simon Dolan's Jota Racing team and its bid to win the legendary 24 hour race. Narrated by Patrick Stewart and Tiff Needell, it’s an intimate hour and half look inside the trying life of a Le Mans race team.

The era of the electric car is upon us, and 2011’s Revenge of the Electric Car with Dan Neil takes a peak behind the scenes of the global resurgence. With interviews from Elon Musk, Bob Lutz, and others, the documentary paints an appealing picture of the surging market.

Similar to the much-loved documentary Senna, Gonchi highlights Uruguayan racing driver Gonzalo “Gonchi” Rodriguez in his pursuit of Formula 1 glory before an untimely death in 1999. Unfortunately, it’s not yet available for direct download – but don't worry, you can still stream it.