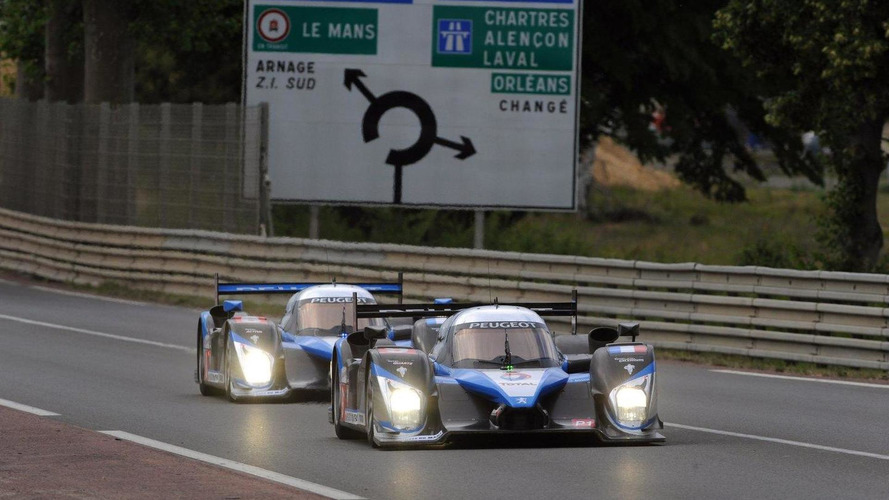 Nothing is certain yet, but the company could get money for a return to the WEC.

With Audi’s retirement of its FIA World Endurance Championship program, only Porsche and Toyota remain in the top LMP1-H class of competition. An old face might soon return to the scene because insiders indicate that there’s a lobbying effort to bring Peugeot back to the sport.

A source at a WEC factory team told Automotive News Europe that there was work underway to invest 80 million to 90 million euros ($85 million to $96 million) into a new Peugeot entry. “But if that's the case, I don't think it would be enough. You need closer to 150 million euros -- half of which is for the personnel alone -- to really be competitive,” the unnamed person said.

A Peugeot spokeswoman told Automotive News Europe that a return would be contingent on three factors. First, the automaker as a whole would need to be in satisfactory financial shape. The stipulation could be a challenge because the company is reportedly considering laying off 2,000 f workers because of Brexit. The costs would also need to be in line with what the business could spend, and the team would need extra time because Porsche and Toyota already have years of competition experience in the current series.

Peugeot was Audi’s primary competitor in top-level endurance racing from 2007-2011, including a win in the 24 Hours of Le Mans in 2009. The company quickly cancelled the racing program in 2012 due to the automaker’s financial troubles.

Peugeot’s current motorsport effort largely focuses on the 3008 DKR for the Dakar Rally in January 2017. The firm is gunning for back-to-back victories after winning the arduous event last year.

In the wake of Audi’s departure, WEC organizers have teased new manufacturers entering the series, though not necessarily in the top LMP1-H class. For example, BMW has confirmed a GTE entry for the 2018 season. The series’ leaders are reportedly looking at cost-cutting moves that could entice more companies into endurance racing.