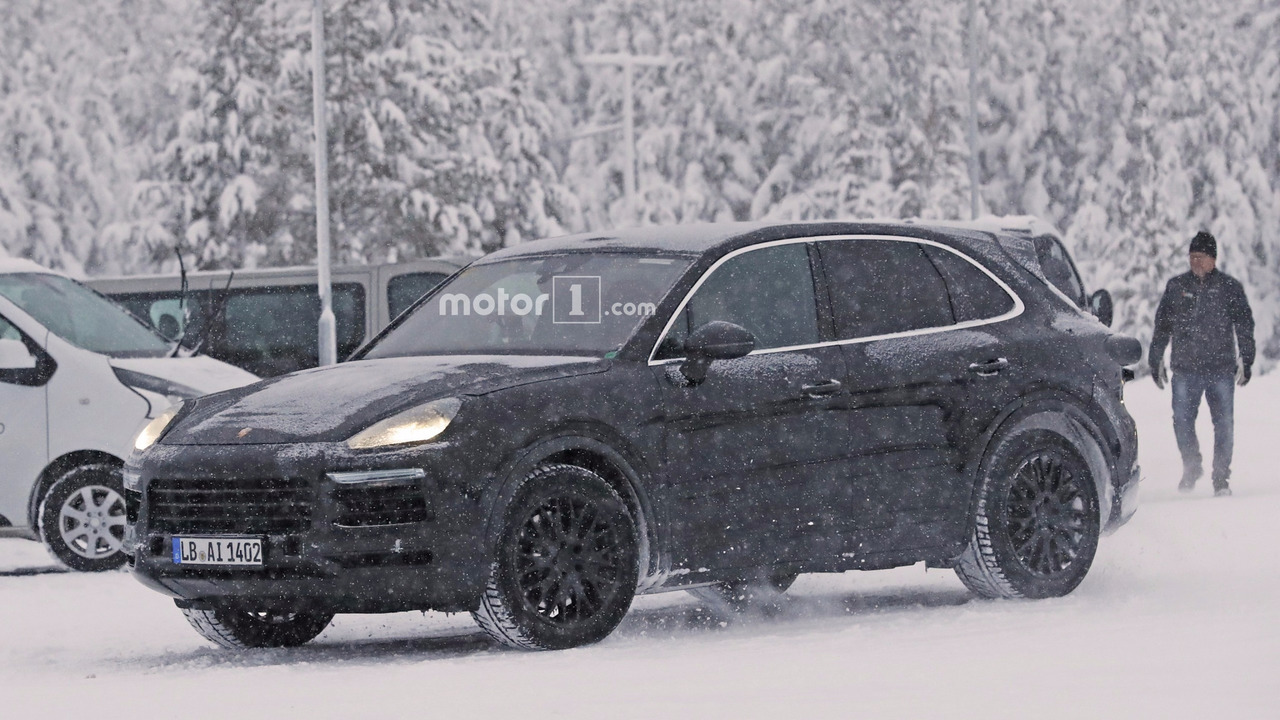 Spied in all of its evolutionary design glory, the next Cayenne will actually undergo vast mechanical changes.

The third-generation Cayenne has put on a winter coat to embark upon a series of cold weather testing sessions to make sure everything will be in order at the time of its reveal. Much like the new Panamera, Porsche’s designers are playing it safe with the SUV’s exterior as it’s only going to receive mild revisions, which in the case of the sedan have worked wonders since the new Panamera is a beauty.

But don’t let the familiar design trick into believing the 2018 Cayenne will be nothing more than a facelift of the current model. On the contrary, making the switch to the MSB platform shared with the Panamera will bring some massive changes underneath the skin. A considerable weight loss of 100 kilograms (220 pounds) is being mooted, and even if the diet won’t be as drastic as the rumor mill suggests, Stuttgart’s SUV will lose a serious chunk of fat.

With a multitude of buttons and knobs on the dashboard, the outgoing Cayenne’s cabin looks like it’s derived from an aircraft’s cockpit. Things will take a turn for the better with the next iteration as Porsche will remove some of the physical controls and integrate them into the infotainment system’s touchscreen. As you might have seen already, the cabin will take inspiration from the aforementioned Panamera from where it will inherit some of the capacitive buttons.

Power should come from just about the same engines propelling the sedan, including a 2.9-liter V6 with two turbos good enough for 434 horsepower (324 kilowatts) in the Panamera 4S. A meatier 4.0-liter V8, also rocking a pair of turbochargers, should be transplanted from the Panamera Turbo with 542 hp (404 kW). A Porsche equivalent of the Audi SQ7 featuring a 4.0-liter TDI V8 with an electric compressor should be in the cards as well with a torquetastic 664 pound-feet (900 Newton-meters).

With Alfa Romeo taking the Nurburgring SUV crown with the Stelvio Quadrifoglio, Porsche will likely want to reclaim the title with the range-topping Cayenne Turbo S due to arrive quite possibly in 2018. Also that year, Lamborghini will (finally) launch the Urus shaping up to be the fastest, most powerful SUV ever.

The regular Cayenne is expected to debut in September 2017 at the Frankfurt Motor Show and should go on sale shortly thereafter.