New Meccano sets let you wrench on your own Ferrari 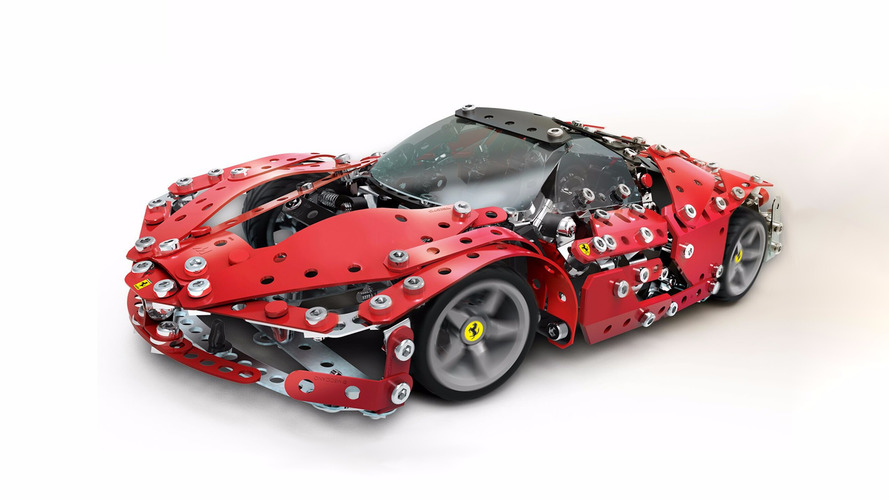 The toy maker has joined with a supercar giant to produce models of the 488 Spider and LaFerrari.

Meccano had slipped off the radar in recent years, thanks to a certain Danish building block maker - Lego - hogging the limelight. Especially as far as car enthusiasts are concerned, Lego offering such awesome kits as the BMW GS Adventure bike, Caterham 620R, Mercedes Arocs dumper truck, and the monstrous Porsche 911 GT3 RS.

But Meccano, the toy that launched a thousand careers in engineering, is fighting back with not one, but two new Ferrari models: a 488 Spider and a LaFerrari.

Both are pretty substantial items. The 488 consists of over 300 parts, including a working steering system, custom wheels, and rubber tires.

The LaFerrari kit is much more complex, numbering some 700-odd bits. It, too, has working steering, plus opening butterfly doors and engine cover.

Both kits come with tools and a decal sheet with all the little details like lights and badges that can’t be replicated with bits of metal.

You can make up your own mind about how successful the kits are as replicas. The nature of Meccano means they could really only ever be representations of the cars - for what it’s worth, I think they are recognisable as what they purport to be, which I count as success.

They are a bit too advanced for young kids, but older gear heads will love them. In fact, it seems highly likely that most adults who buy one of these kits do so for themselves. Even if they are using a kid as an excuse. For what are adults - especially guys - if not just bigger kids?

I know what I'm asking Santa for.