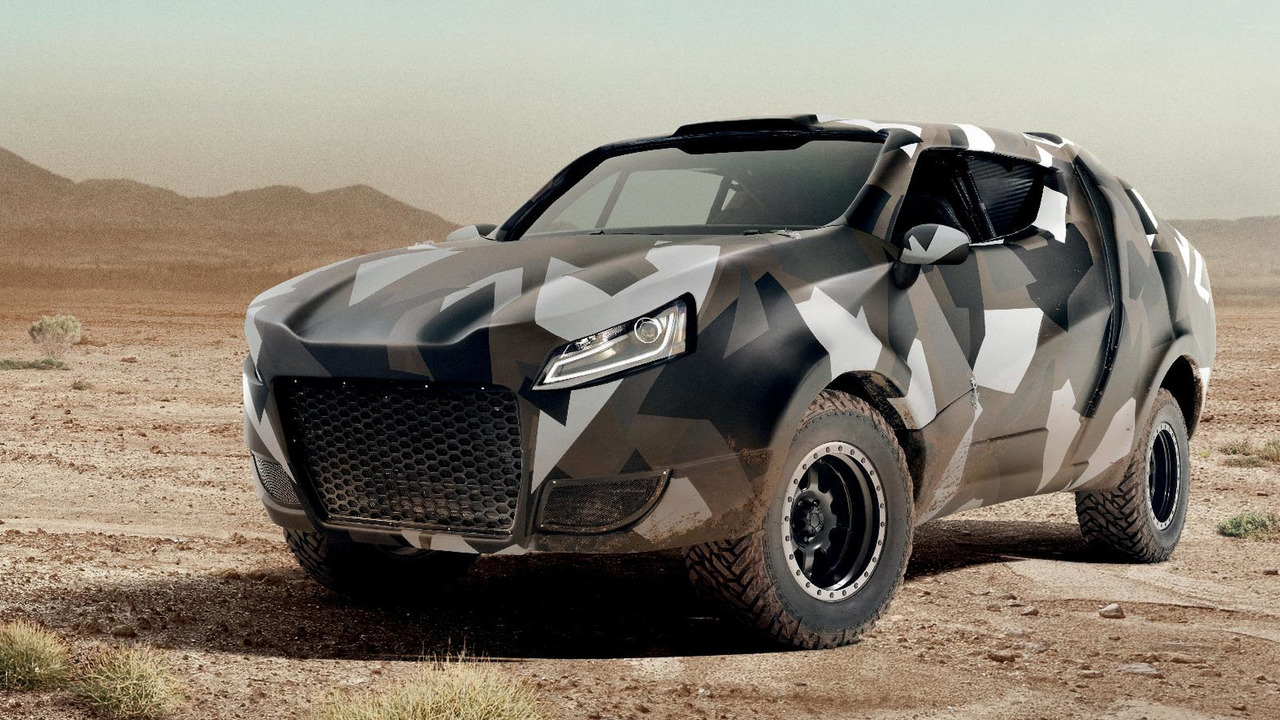 A "wolf in another wolf’s clothing," the VW Korama is a one-off concept car styled by the man behind the Mad Max: Fury Road cars.

Volkswagen Commercial Vehicles unveiled the facelifted Amarok some months ago and now the revised ute is ready for Australia. In a bid to boost the pickup’s exposure in the Land Down Under, VW has decided to take the V6-powered version and give it a menacing look inspired by the cars created for Mad Max: Fury Road. As a matter of fact, the sinister military exterior with its arctic camouflage wrap was created by the same person responsible for designing the vehicles for the fourth movie in the Mad Max franchise.

Dubbed “Korama,” the one-off Amarok wears an entirely new body described as being “battle armor” and created over the course of just five weeks. Once the makeover was done, VW Australia gave it to professional drivers to take it on various roads across the continent as a way to grab the attention and make everyone wonder what’s hiding underneath the newly designed panels. Speaking of which, the Amarok was actually stripped down entirely in order to make room for the bespoke bodywork specifically created for the unique vehicle.

The VW Korama is now part of the company’s marketing campaign for the V6 Amarok facelift, which is already a hit in Australia where more than 7,300 customers have lined up to get one even before the ute’s arrival. The highlight would have to be underneath the hood where a turbodiesel 3.0-liter V6 pumps out 224 horsepower (165 kilowatts) and 406 pound-feet (550 Newton-meters) of torque. There’s also an overboost function adding an extra 20 hp (15 kW) that will come in handy when overtaking or going up a steep hill.

VW Australia wanted to do things a bit differently with the V6 Amarok’s launch campaign and with the menacing Korama “top secret concept car” it hit the nail on the head as the vehicle has been getting a lot of attention in the local media.

Sydney: After a week of consternation and hypotheses following a series of leaked images online, the ‘wolf in another wolf’s clothing’, the top secret concept car dubbed ‘The Korama’, has been revealed as the new V6 Amarok in battle armour.

Tough comes from within: the Volkswagen Amarok has long been lauded for its toughness and sophistication in even the most adverse driving conditions. With the arrival of the new 550Nm V6 turbo diesel engine in the updated Amarok earlier this month, Volkswagen Commercial Vehicles and its creative agency DDB Sydney embarked on a new marketing campaign as a follow-up to its highly successful and critically awarded Naked Ute campaign, which presented the Amarok stripped bare and free from any recognisable panels.

Designed by the reclusive Mad Max: Fury Road vehicle mastermind, the Korama conjures images of a dystopian high-performance SUV; resplendent with large air intakes, an armour-like rear and a ferocious ‘mouth’ in front. When pictures taken on location at the ad filming surfaced online, predictions from the public as to which car company was behind the monster ranged from an Italian supercar company to a local manufacturer.

In keeping with the blind test drive approach used for the Naked Ute campaign, the Korama was test-driven in a secret location by a number of unsuspecting motorsport and off-road experts who praised the Korama, or rather the Amarok, for its power, its performance and its drivability.

Volkswagen Commercial Vehicles’ marketing manager, Ralph Beckmann, relished the opportunity to once again delve deep into the heart of the Amarok’s capabilities: “The Naked Ute was one of the most successful campaigns we’ve ever had, and the opportunity to once again showcase the Amarok’s inherent toughness in an unexpected way was too good to pass up.”

On the back of unprecedented customer demand for the new V6 Amarok, which saw over 7,300 customers register their interest in the new German-built ute before its launch, the marketing and advertising campaign which heralds the arrival of the new V6 engine went live on Tuesday 29th November.

Director of Volkswagen Commercial Vehicles, Carlos Santos, praised his team for the bold, unconventional approach to launching the new Amarok V6 to the Australian market “Ute advertising in Australia is typically all the same; and while the Naked Ute campaign touched on the universal truths that all ute buyers look for in a vehicle – such as toughness and versatility – it did so in an unexpected way.”

“It’s not an easy thing to follow-up such a successful campaign with a sequel, but the Korama evokes the kind of cult fanaticism that utes perpetuate in this country. Having Mad Max: Fury Road’s mad genius design the Korama for us was a real coup and I think what was created has captured all of our imaginations. After all, who else could design something as tough as the Amarok?” Mr. Santos continued.

Volkswagen Commercial Vehicles and DDB Sydney approached a legendary Australian car designer (name withheld to protect anonymity), to design a body for the V6 Amarok, which would later be dubbed the Korama. The designer, who had designed arguably the real stars of Mad Max: Fury Road – the cars – was given just five weeks to design a tough-looking, almost alien vehicle shell, to be bolted on to the Amarok’s chassis.

From there, the Korama’s shell was digitally rendered and built in full scale and wrapped in camouflage, as used by manufacturers for pre-market on-road test drives.

Once the Amarok was battle- ready, it was placed in the hands of a group of unsuspecting motorsport and off-road experts, who were briefed that they were testing a new vehicle being appraised for the Australian market.

Their candid, often blue comments and reactions were recorded, which then formed the majority of the campaign’s content.