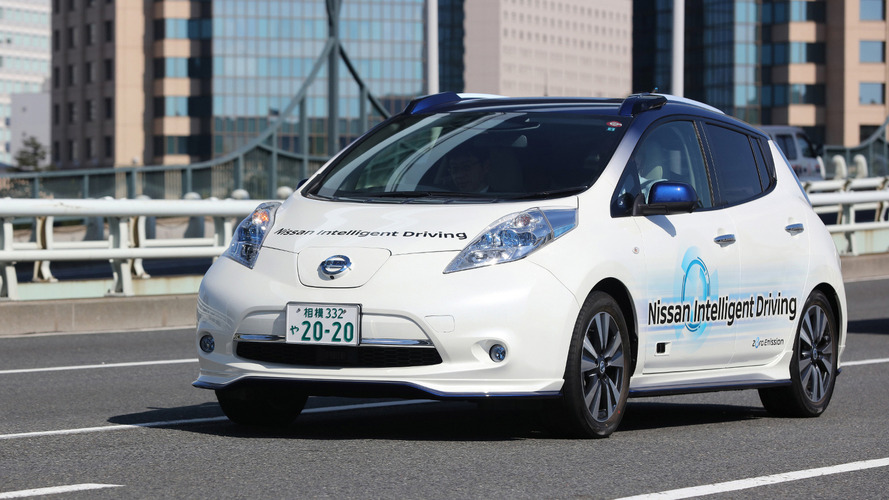 Nearly one in four surveyed would consider buying a self-driving machine.

Nissan is fond of autonomous vehicles and has prepared a comprehensive study on the subject to prove the self-driving cars are the next big thing in the industry. The Japanese company has invited Policy Network to work together on the so-called Freeing the Road: Shaping the future for autonomous vehicles survey.

The results of the project reveal autonomous cars will start adding 0.15 percent to Europe’s annual growth rate in the decades to come and, as a result, the European gross domestic product will, cumulatively, be 5.3 percent higher in 2050 than now. Translating this into numbers, by that time the autonomous vehicles will have contributed a total of €17 trillion ($18.01 trillion) to GDP. Pretty solid numbers, to say the least.

A total of 6,000 adults from six countries on the Old continent have been surveyed, and 58 percent of them believe improved mobility for everyone is one of the biggest advantages of autonomous cars. Reduced road accidents due to human errors are also considered a big positive, while fewer car accidents and lower stress levels are rated equally as the top health benefits by 56 percent of the surveyed.

But what’s probably the most important indicator for the future of the self-driving cars is the fact that 23 percent or nearly one in four who plan to buy a car in five or more years would consider buying an autonomous one. If you do the simple math, this means major manufacturers have the chance to sell millions of autonomous vehicles when the technology is good enough for safe everyday use.

“This independent report highlights that we are in the midst of a social and economic revolution,” Paul Willcox, chairman of Nissan Europe, commented.

“It shows that autonomous technology will have a fundamental impact not just on the automotive industry but across European economies and societies and it suggests that leadership within all levels of government is needed.”

Do you agree with mister Willcox?

Barcelona (Nov. 30th, 2016) – The real financial and social impact of autonomous driving vehicles on European roads has been revealed for the first time, as Nissan unveils one of the most comprehensive studies ever compiled on the subject.

Freeing the Road: Shaping the future for autonomous vehiclesis an independent report by think tank Policy Network. It was commissioned by Nissan Europe to analyse both the social and economic opportunities offered by autonomous drive technologies. The report also highlights the key steps that need to be taken by governments and regulators to overcome technological and social challenges of autonomous drive. Focusing on Germany, Spain and the UK – the report highlights crucial features of the policy debate around autonomous vehicles and assesses the likely economic impact for the region as a whole.

The new independent economic analysis shows that autonomous vehicles will start adding 0.15 percent to Europe’s annual growth rate in the decades to come. As a result, the European (EU-28) gross domestic product will, cumulatively, be 5.3 percent higher in the year 2050 than currently, by which time autonomous vehicles will have contributed a total of €17tn to GDP.

Paul Willcox, Chairman of Nissan Europe, said:  “This independent report highlights that we are in the midst of a social and economic revolution. It shows that autonomous technology will have a fundamental impact not just on the automotive industry but across European economies and societies and it suggests that leadership within all levels of government is needed.

“At Nissan we believe, for the full benefits of autonomous drive technologies to be realised, governments and municipalities across Europe should review the report’s findings, work hand in hand with the automotive industry, and play a vital role in ushering in this new technological era.”

Supporting this independent report is a comprehensive pan-European consumer study which has identified what people see as the main benefits of autonomous driving.

Willcox added: “What’s clear from the research published today is that political decisions makers across Europe need to prioritise autonomous vehicle policies to create a favorable environment that will see this technology flourish. The customers want it, and are starting to see the benefits of an autonomous future, but we need the right legislative environment to enable this exciting new era of mobility to thrive.

“We strongly advocate that policy makers continue to work collaboratively with industry, so that together we can ensure that the many social and economic benefits highlighted today are made a reality in Europe.”

About Policy Network and the report: Freeing the Road: Shaping the future for autonomous vehicles

Policy Network is an independent, international think tank and research institute. It undertakes expert analysis and facilitates ideas and policy solutions to the major social and economic challenges in advanced democracies. Nissan Europe commissioned Policy Network to undertake a special report on autonomous vehicles in Europe. Analysing both the social and economic opportunities offered by the transformation to autonomous driving on Europe’s roads, the report focuses on three key countries – Germany, Spain and the UK. It highlights crucial features of the policy debate around autonomous vehicles and assesses the likely economic impact for the continent as a whole. The report offers a deep dive into the current state of play and the trajectory of key markets. The purpose is to educate and influence policymakers on the benefits of the application of the technology; the barriers to overcome, and; actions they need to take to make Europe ready for autonomous drive. Freeing the Road: Shaping the future for autonomous vehicles is a fully independent report and Nissan Europe had no editorial control over the content.

The study revealed that the vulnerable in society had most to gain from autonomous drive technologies, with disabled people (57 percent), the elderly (34 percent) and the visually impaired (33 percent) mentioned by the majority of Europeans. With a growing elderly population, there is concern that lack of access to mobility solutions could lead to isolation and increased dependency on the goodwill of others, posing huge problems for the state. Autonomous vehicles could provide a solution to this ticking time bomb, providing a renewed sense of freedom through increased mobility.

Respondents were clear that the potential safety benefits of autonomous drive cars would have the biggest impact on the world.  Over half of respondents (52 percent) believed autonomous cars could reduce the number of accidents caused by human error, 43 percent felt it would get unsafe drivers off the road and 34 percent believed it would lead to fewer drunk drivers on the road.

Four out of five respondents (81 percent) claim to have multi-tasked while driving. 68 percent of people confessed to changing the radio station and 42 percent revealed they have eaten a meal or snack whilst driving. Therefore, it is unsurprising that the main lifestyle benefit of autonomous cars is seen as the ability to do something other than driving when in the car (50 percent). Reading books or catching up on news is what most of Europe said they’d do with their extra time in the car (37 percent) followed by sleeping (33 percent), getting work done (30 percent) and watching TV or films (20 percent).

But of course, as with any new technology, there are concerns too. 48 percent of respondents said the biggest disadvantage of autonomous cars was the possibility of the technology not working, followed by not having full control of the vehicle (39 percent) and putting people like taxi drivers out of a job (28 percent).