Lamborghini will build these monuments to itself 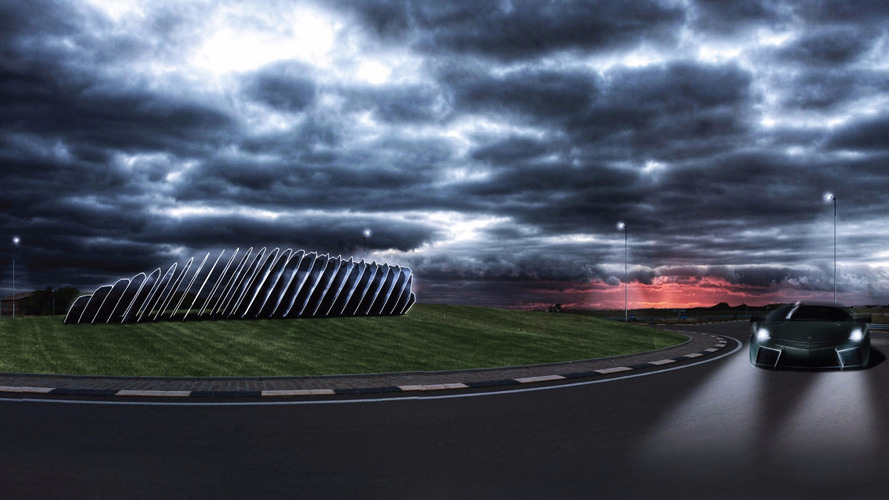 The winning installations live up to their billing. Both are extremely striking, and speak of Lamborghini’s aesthetic themes.

ACQ Studio from Livorno, Italy designed a twisting, geometrical piece that stabs at the sky like a bolt of golden lightning. According to Lamborghini, its “taut, minimalist, and sharp lines” reflect “the same stylistic language of Lamborghini super sports cars with their geometrical surfaces and intersections.”

London-based design team 0.9 took a different approach. Their flowing, segmented silhouette of a Lamborghini speaks of speed and dynamism. “How the work is seen depends on the angle of observation, in the same way that a Lamborghini changes as it flashes past at high speed,” Lamborghini says.

Lamborghini hopes the sculptures will engender a renewed sense of identity in Sant’Agata - which isn’t a particularly beautiful part of the world - and have an impact on contemporary architecture through their interpretation of Lamborghini’s technology and styling language.

Over 500 proposals were submitted, a quarter of them from Italy. Entries came from as far afield as Africa and Oceania. Among the judges were architectural heavyweights Zaha Hadid Architects, Studio Fabio Novembre, Studio Libeskind, and Foster + Partners, plus other designers, academics, and Lamborghini head Stefano Domenicali.

An exact time frame for the unveiling of the monuments has not been set out, Lamborghini only saying that they will be in place by the fall of 2017.