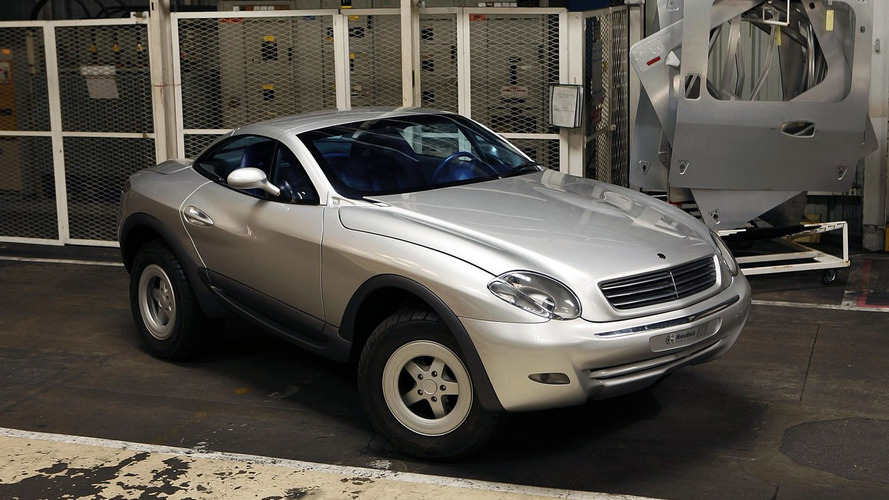 The SUV convertible has always been one of the oddballs of the car world, but this one takes the cake. Thankfully, it was only a concept, so the G-Class did not have to suffer too many times from this rather atrocious transformation.

The iconic G-Wagen in civilian version came out back in 1979 and to this day it’s as boxy as ever, but twenty years ago French coachbuilder Heuliez decided to alter the original recipe and go with a more curvaceous body with a carbon fiber hood and bumpers. Not only that, but it also implemented a two-piece retractable and detachable hardtop featuring a predominantly glass construction.

Thus the Intruder was born, a peculiar SUV convertible with questionable styling taking cues from other Mercedes models from that era, including the SLK from where it inherited most of the headlight design. It eschewed the G-Class’ standard wheels for a 17-inch set by Works and shod in 285/60/17 Michelin tires created specifically for the concept. With a generous ground clearance of 300 mm (11.8 inches), the Intruder was able to tackle any rough terrains.

Being based on the G320, it had the same 3.2-liter straight-six engine developing 210 horsepower (155 kilowatts) and 221 pound-feet (300 Newton-meters) of torque delivered to both axles through a four-speed automatic transmission with three differentials locks.

Back in the day, Heuliez said “the Intruder opens up a top-of-the-range market that no four-wheel drive in the world has yet explored. A designer car based more on emotion than logic.” We certainly agree with the second part of the statement...