Ford nearly runs out of cylinders to deactivate on 1.0-liter engine 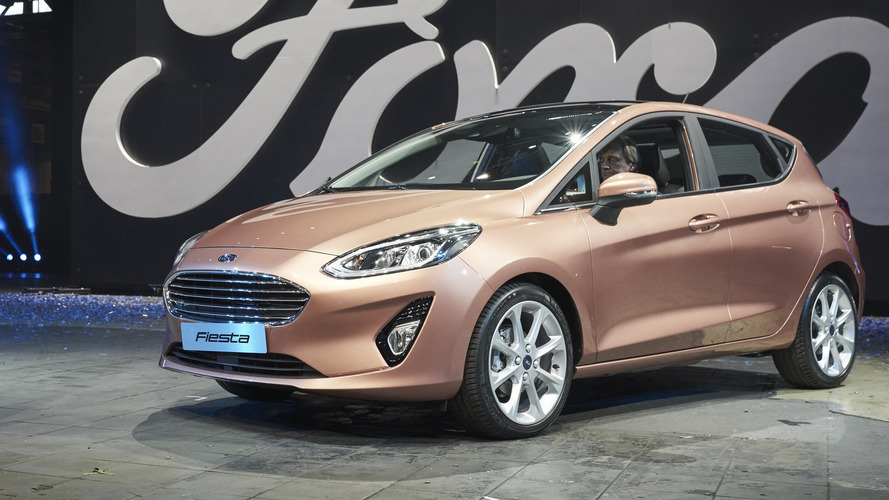 The 1.0-liter EcoBoost has only three cylinders to begin with, but Ford can make it run with just two to boost efficiency.

Ford’s engineers are doing their best to cut fuel consumption and CO2 emissions as much as possible and that’s why the small turbocharged 1.0-liter three-cylinder unit part of the EcoBoost family will receive cylinder deactivation technology. It will happen at the beginning of 2018 and the Blue Oval company is proud to announce it will be the first automaker in the world to offer this sort of tech on a three-cylinder unit.

When the engine’s full capacity won’t be necessary, like when coasting or cruising with very little demand on the engine, the first cylinder will be automatically deactivated to increase efficiency by as much as six percent. It’s going to do that by stopping fuel delivery and valve operation in as little as 14 milliseconds, or 20 times quicker than the blink of an eye. Ford promises the driver won’t notice at all the switch from three to just two cylinders and vice versa, which will take just about the same amount of time to fire up that third cylinder when the engine’s full capacity will become necessary once again.

Available at engine speeds of up to 4,500 rpm, cylinder deactivation for the three-pot turbocharged unit represents the joint effort of Ford’s engineers based in three countries: Germany, U.K., and United States. They worked together with Schaeffler Group to perfect the technology, which required the development of new software capable of detecting when it’s the right time to turn off/on the cylinder.

To increase the 1.0-liter EcoBoost’s refinement especially when running on just two cylinders, Ford has developed new engine mounts, drive shafts, suspension bushes, as well as a dual-mass flywheel and a vibration-damping clutch disc. In addition, a revamped camshaft chain and valve rockers were necessary to increase the unit’s durability.

Launched back in 2012 on the Focus, the three-cylinder mill is currently available in three outputs: 100, 125, and 140 hp. No less than eleven models sold in Europe are available with the 1.0-liter EcoBoost, including the new Fiesta introduced yesterday.

Ford’s compact and powerful 1.0-litre EcoBoost will in early 2018 become the first three-cylinder engine in the world to feature cylinder deactivation. The accomplishment is delivered through innovative engineering by Ford engineers across Europe, and defies industry opinion that a three-cylinder, variable capacity engine could not deliver the refinement needed for passenger car applications.

Cylinder deactivation will deliver reduced running costs for 1.0-litre EcoBoost customers by automatically stopping fuel delivery and valve operation for one of the engine’s cylinders in conditions where full capacity is not needed, such as when coasting or cruising with light demand on the engine.

An example of the advanced engineering that enables Ford to deliver the power of choice to customers with fuel efficient petrol, diesel and electrified powertrains, the technology can disengage or re-engage one cylinder in 14 milliseconds – 20 times faster than the blink of an eye. Combined with advanced solutions to counteract vibrations, cylinder deactivation will be imperceptible to drivers in terms of operation and engine performance.

“Ford has pushed back the boundaries of powertrain engineering once again to further improve the acclaimed 1.0-litre EcoBoost engine, and prove that there is still untapped potential for even the best internal combustion engines to deliver better fuel efficiency for customers,” said Bob Fascetti, vice president, Global Powertrain Engineering, Ford Motor Company.

Making the best even better
The cylinder deactivation system developed by Ford engineers in Aachen and Cologne in Germany, Dagenham and Dunton in the U.K, and Dearborn in the U.S., in collaboration with Ford’s engineering partners at the Schaeffler Group, improves fuel efficiency and CO2 emissions by reducing friction and pumping demand inside the engine.

Simple in concept but featuring advanced engineering that enables it to operate at engine speeds of up to 4,500 rpm – when valves are each opening and closing almost 40 times per second – the system uses engine oil pressure to activate a special valve rocker and interrupt the connection between the camshaft and the valves of cylinder No. 1.

Sophisticated software determines the optimum moment to deactivate the cylinder based on factors including speed, throttle position and engine load. A new single-piece camshaft module – similar to the design debuted earlier this year for the all-new Ford EcoBlue diesel engine – frees space within the cylinder head for new oil channels and valve-switching componentry.

“With the variable capacity delivered by cylinder deactivation, drivers get the power and performance of the whole engine when they need it, and the enhanced fuel efficiency of a smaller engine when they don’t,” said Denis Gorman, powertrain engineer, Ford of Europe. “Our research shows that in most driving scenarios the system will be active for just a few seconds at a time, making fast and seamless operation crucial, and has the potential to improve fuel efficiency by up to 6 per cent.”

A new dual-mass flywheel and a vibration-damping clutch disc help neutralise engine oscillations when running on two cylinders, especially at lower rpm, and enable a wider operating range. Intake and exhaust valves are closed when the system is active, trapping gasses to provide a spring effect that helps balance forces across the three cylinders for refinement, and also retain temperatures inside the cylinder that maintain fuel efficiency when reactivated.

“Cylinder deactivation adjusts the effective engine capacity to maximise fuel efficiency, and to deliver the greatest benefit to customers, needs to be triggered in as many driving scenarios as possible,” said Carsten Weber, manager, Powertrain Research & Advanced Engineering, Ford of Europe. “We intensively tested the system in real world conditions using a range of deactivation strategies to develop a system that maximises the fuel efficiency without compromising driving comfort.”

The compact engine – with a block small enough to fit into an aeroplane’s overhead locker – is available with 100 PS, 125 PS and 140 PS – delivering a greater power-per-litre ratio than a Bugatti Veyron supercar.