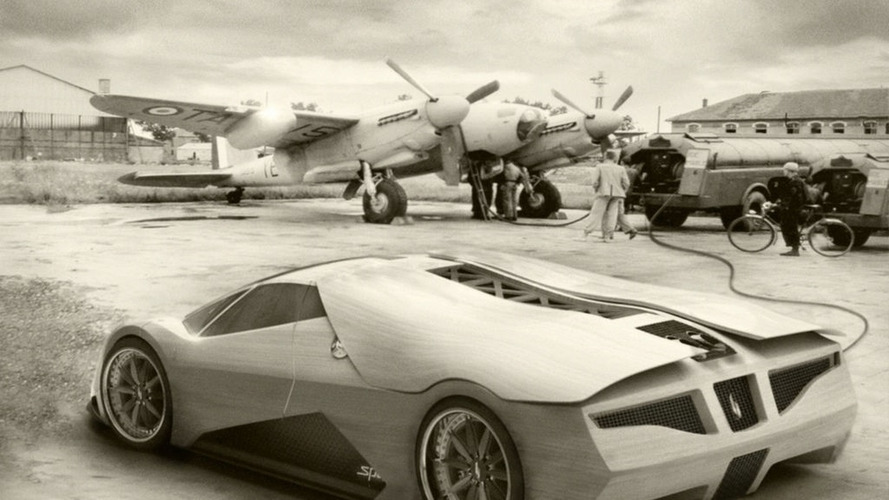 Graduate students still at work on project to build supercar made out of wood. But the Splinter car will have some metal in it, by way of a V8 engine from Cadillac and a drive-train from a Chevy Corvette.

A car made out of wood? Sounds crazy until you realize that they used to make airplanes out of wood and they flew just fine. Although, on second thought (or are we at the third thought here?) think of grainy WWI footage of those bi-plane fighters coming down in flames over Alsace.

Okay, so a collection of graduate students from North Carolina State University have created this aptly named Splinter car, made mostly out of wood. Their objective? Just to see if it will work.

But, of course, it's not entirely made out of wood. This Splinter is supposed to be a supercar and supercars...well, you can't run any car on an engine made of wood, let alone a supercar. The Splinter's extreme wood finish will be complimented by a twin-supercharged V8 from Cadillac married to a six-speed transmission with a rear trans-axle from a Chevy Corvette. 600 horses will be spinning the rear wheels made of laminated wood.

The man responsible for all of this is named Joe Harmon and Joe is anything but an average guy.

It awaits to be seen if this thing will fly.