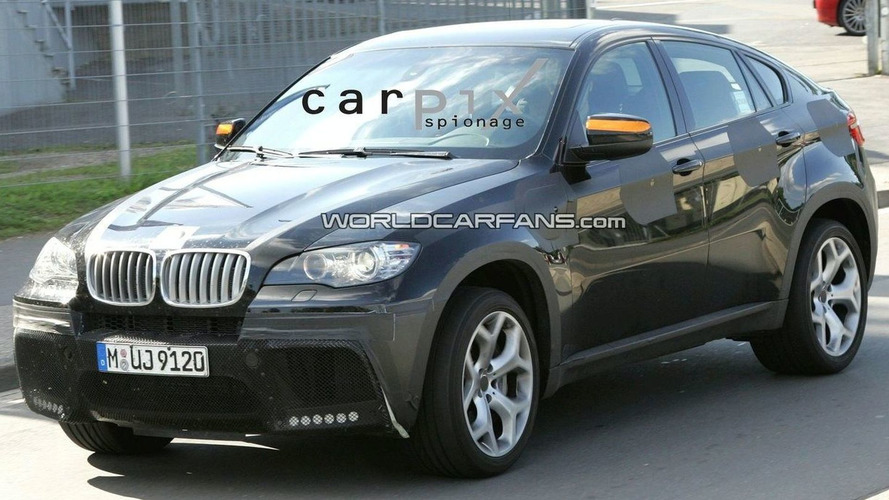 Watch this video closely as a BMW M executive takes us through some of the points that will make the upcoming X6 M a very special driver's vehicle.

Here's a video of another sneak peak into the upcoming BMW X6 M, the high-performance version of the ‘coupe SAV'. The video seen here is used more as a promotional tool for current X6 owners and those who are interested in seriously looking at the X6 M when it goes on sale later this year.

Driven at a relatively high speed on a track, the X6 M appearing on the video is a prototype and has two people in it. One guy is driving and the other is a passenger. BMW executive Bernd Limmer is behind the wheel while going through some of the finer details that make this car special.

The first of these is a V8 engine which uses twin-scroll turbochargers. As expected he doesn't mention power figures but it has been speculated that the X6 M will produce upwards of 400kW / 536hp.

Secondly the chassis is mentioned. This is important because BMW is known for its bias towards the rear-wheel-drive format but the X6 M is a big heavy vehicle with 4WD. So, BMW has made adjustments to the Dynamic Performance Control allowing more torque to transfer to the rear wheels and less to the front resulting is less understeer. Simultaneously, torque can be varied from left to right which gives more power to the wheel traveling faster, such as the wheel on the outside of a turn, as opposed to the wheel traveling slower (on the inside) in a normal xDrive system.