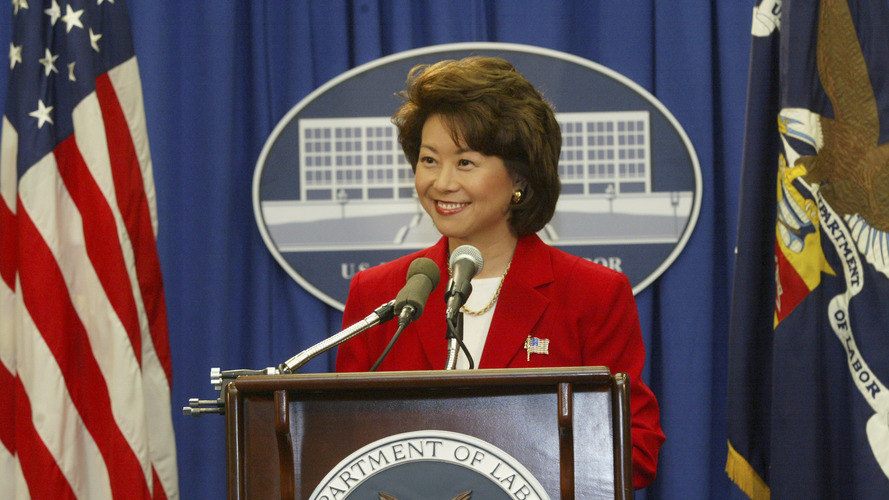 Elaine Chao worked under President George H.W. Bush as Deputy Secretary of Transportation from 1989 to 1991.

Donald Trump has reportedly chosen Elaine Chao to serve as his Secretary of Transportation when he takes to office in 2017, according to Reuters. Chao will replace Anthony Foxx, who served under the Obama administration from 2013 to 2016.

Chao, 63, was born in Taipei, Taiwan, and acted as vice president for syndications at Bank of America Capital Markets Group in San Francisco, and worked as an international banker at Citicorp in New York before beginning her tenure in politics. Her first car was also a Ford Maverick – which was said to have no air conditioning.

As the new transportation head, Chao will play a key role in decisions regarding self-driving cars and U.S. fuel efficiency standards, which automakers are already urging the Trump administration to scale back. Chao is also expected to take a leading role in Trump’s $1 trillion infrastructure spending plan over the next ten years that aims to rebuild airports, bridges, and a number of other structural components.

Though the president-elect has yet to officially make public the decision to appoint Chao to the position, an announcement is expected to come later this afternoon.