First Honda Clarity Fuel Cell arrives in Europe, they're not for sale 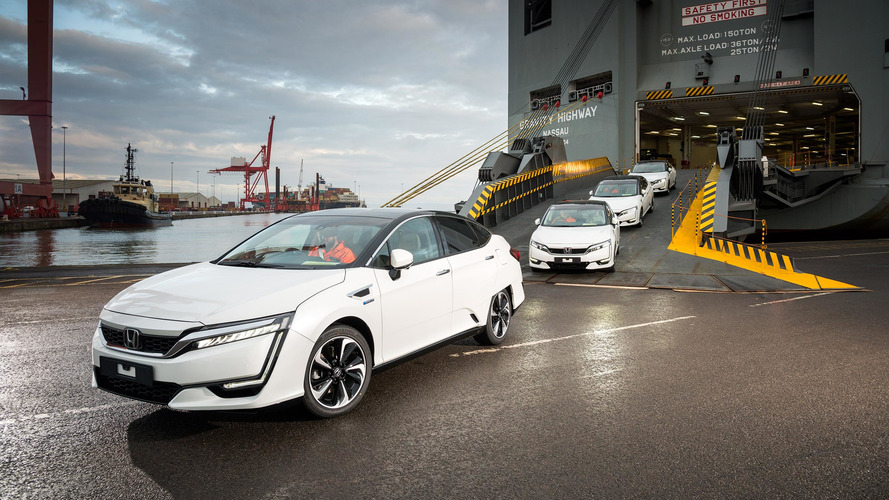 A few lucky people get to drive them and show that hydrogen is a viable fuel for vehicles.

The motoring world is still a long way from hydrogen fuel cells replacing the internal combustion engine, but Honda’s Clarity FCEV is taking a tiny step in that direction by arriving in Europe for the first time. However, don’t expect to see one in the brand’s local showroom because just six examples of the Clarity are arriving. They’ll be on the road in London, England, and Copenhagen, Denmark, as part of the Hydrogen for Innovative Vehicles (HyFIVE) EU demonstration.

“The arrival of these vehicles in Europe and Honda’s participation in HyFIVE is the next step towards Honda’s vision of the full commercialization of this technology,” said Thomas Brachmann, Chief Project Engineer of Honda Research and Development.

The HyFIVE project is putting a total 185 FCEVs on the road in Austria, Denmark, Germany, Italy, Sweden, and the United Kingdom. The endeavor strives to show that fuel cells are a viable way to get around, and the undertaking highlights the need for a greater hydrogen-refueling infrastructure.

The Clarity is Honda’s latest fuel cell vehicle and follows on the developments from the FCX and FCX Clarity. In addition to futuristic styling, the sedan boasts a cutting-edge fuel cell stack. The powertrain can carry the four-door 366 miles (589 kilometers) on a tank of H2. That figure easily beats the rival Toyota Mirai’s 321 miles (516 km) and even tops the Tesla Model S P100D at 315 miles (506 km).

The Clarity is already on sale in Japan and arrives in the United States any moment now. American buyers can only get them from 12 dealers in California because it’s the only state with enough of a public H2 infrastructure for refueling. A 36-month lease runs customers $369 a month plus $2,499 due at signing but comes with $15,000 of hydrogen full-ups over the length of the contract. The price is quite similar to the Mirai that leases for $349 a month and $2,499 at signing 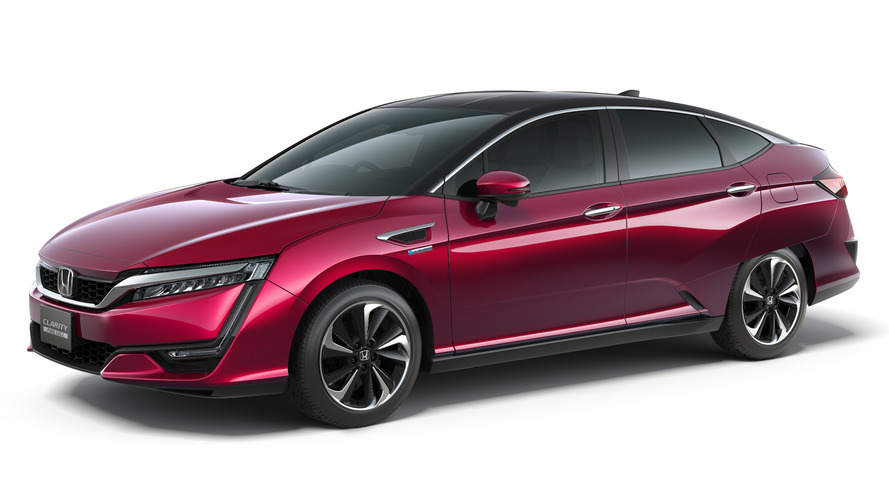 
The first Clarity Fuel Cell, Honda’s most advanced zero emissions vehicle, have arrived in Europe
Vehicles will take part in the Hydrogen for Innovative Vehicles (HyFIVE) EU demonstration project to highlight the capabilities of fuel cell vehicles and increase awareness and adoption of the technology
Honda will deploy vehicles with customers in London and Copenhagen
Clarity Fuel Cell is part of Honda’s aim to have two thirds of its fleet electrified by 2030

The first examples of Clarity Fuel Cell, Honda’s most advanced zero emissions vehicle, have arrived in Europe this week. The first six vehicles will be based with customers in London and Copenhagen as part of the Hydrogen for Innovative Vehicles (HyFIVE) demonstration project, partly funded by the Fuel Cell and Hydrogen Joint Undertaking (FCHJU).

The new Clarity Fuel Cell features Honda’s latest technological enhancements in the field. It is the first fuel cell sedan to house the entire stack underneath the bonnet, making the cabin spacious enough to carry five occupants. A recent US Environment Protection Agency (EPA) test measured an effective range of 366 miles (589km), greater than any other production zero emissions vehicle.

Thomas Brachmann, Chief Project Engineer, Honda Research and Development and leader of Honda’s Clarity Fuel Cell programme in Europe, said, ‘Honda has always been one of the leaders in the field of hydrogen fuel cell technology, with over 30 years of research and development behind us. The arrival of these vehicles in Europe and Honda’s participation in HyFIVE is the next step towards Honda’s vision of the full commercialisation of this technology.’

The HyFIVE project aims to promote the awareness and adoption of fuel cell vehicle technology and infrastructure across Europe. Once deployment is completed, 185 Fuel Cell Vehicles from five automotive manufacturers will be with private and corporate customers across Austria, Denmark, Germany, Italy, Sweden and UK.

The Clarity Fuel Cell is the pinnacle of Honda’s electrified vehicle technology and highlights the commitment, recently announced by company president Takahiro Hachigo, that two thirds of global sales will feature an electrified powertrain by 2030.