Angry guy smashes BMW i8 windshield - but was it staged? 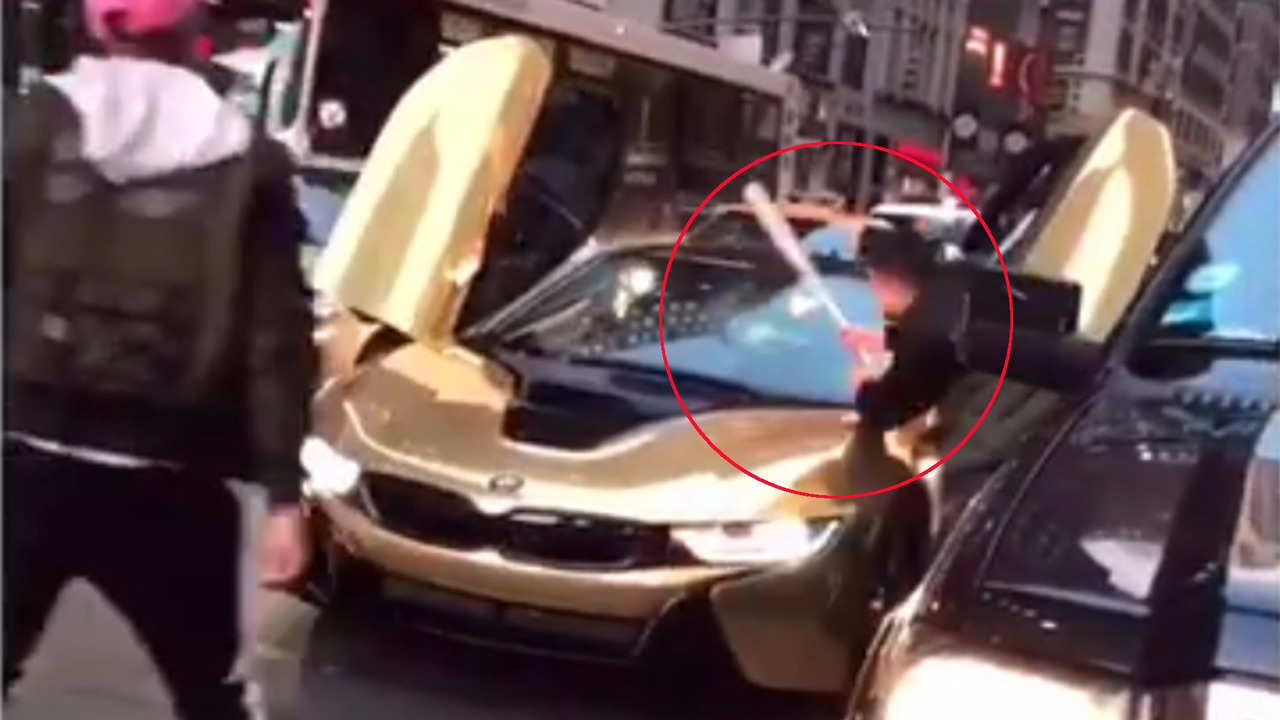 It could have been a karmic reaction to the i8's owner acting like an inconsiderate numpty, but large sections of the interweb aren't buying it.

Youtuber Coby Persin was in New York making a nuisance of himself the other day and paid the price. Or did he?

Persin was doing a photoshoot with his recently-purchased, gold-wrapped BMW i8, posing on the hood with one of his buddies. But rather than take the photos somewhere out of the way, they double-parked on a busy Manhattan street.

Understandably, passing motorists are none too happy, pretty much all of them honking their horn. But one goes further than that. A lot further. He grabs a baseball bat, marches up to the i8, and smashes the windshield.

At the time of writing, the video has been viewed 1.4 million times, accumulated 7,700 shares and garnered 8,300 comments. It has very definitely “gone viral”. But an increasingly large section of the interweb isn’t buying it.

Now, the incident could have been a karmic reaction to Persin acting like an inconsiderate numpty. But consider the kind of video he makes for Youtube - incredibly contrived “pranks” and “social experiments” with no obvious comedic value or point to make. And that the whole thing seems a little bit too staged. He and his buddy move out of the way a little too quickly and don’t try to stop the guy with the bat, or even shout at him. It just doesn’t ring true.

Why would he prank himself, though? Well, he probably thinks it’s funny - it isn’t - but most important of all, he probably figured it would get outlets that have never even mentioned him before talking about him, which would generate more views. And yes, I do recognize the irony in that statement.

Either way, Persin now has to foot the not-significant bill for a new windshield for his i8. Though I'm sure his sponsors and/or trust fund can easily cover it.