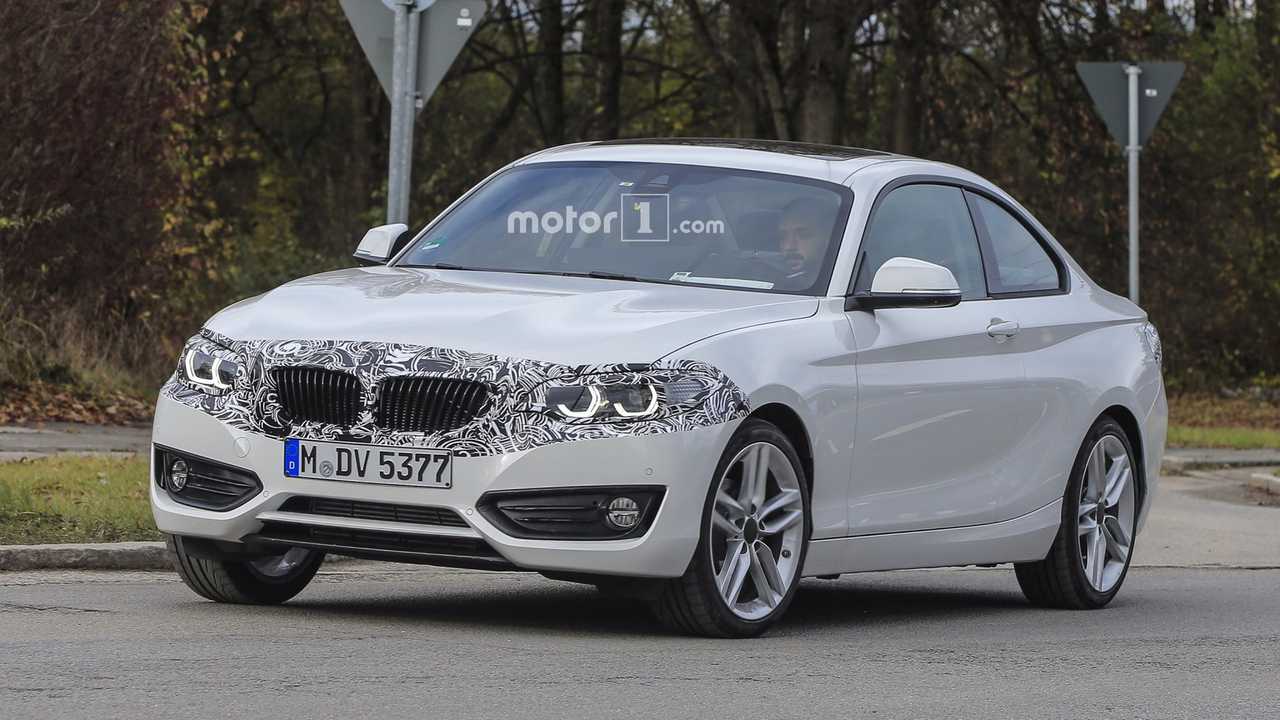 BMW is playing a game of spot the differences with the 2 Series Coupe refresh.

The test vehicle probably would have gone unnoticed without the camouflage, but it stood out in traffic due to its light disguise applied on some areas of the body, prompting our spy photographers to immortalize the prototype. BMW uses the fancy term “Life Cycle Impulse” to denote a model’s mid-cycle facelift, but those are some big words for what will be a very subtle facelift for the 2 Series Coupe.

Changes begin at the front where BMW is implementing new headlights with a more angular shape for the familiar “angel eyes,” while some updates to the kidney grille and the area around it could also be in tow. The back of the car has essentially been carried over from the current model, with the exception of the taillight design that remains hidden under a foil and has some camouflage around the cluster. Although this particular prototype doesn’t have them, slightly modified front and rear bumpers are likely on the agenda as well.

Images of the interior cabin are not available in this set, but even so in some of the pics we are able to notice the car had a black cloth on the dashboard. It indicates some tweaks are in the works, but we are not holding our breath for any significant novelties. An updated iDrive infotainment, more technology, and possibly new trims and upholsteries are likely being prepared to keep the 2 Series Coupe fresh and competitive.

As you would imagine, the same modifications will also be implemented in the revised 2 Series Cabriolet, with both likely scheduled to come out at some point in 2017. Rumors are indicating BMW has plans to launch a sleeker 2 Series Gran Coupe with four doors, one that might even get the full-on M treatment. Even if the report is legit, it’s unlikely to arrive before the 2 Series’ next generation, which thankfully is expected to retain the rear-wheel drive layout whereas the 1 Series will be demoted to a FWD setup in its next iteration. That being said, latest reports are indicating the 2 Series will also switch to the UKL front-wheel drive platform, so you might want to hurry up and buy the current model if the RWD arrangement is a top priority.