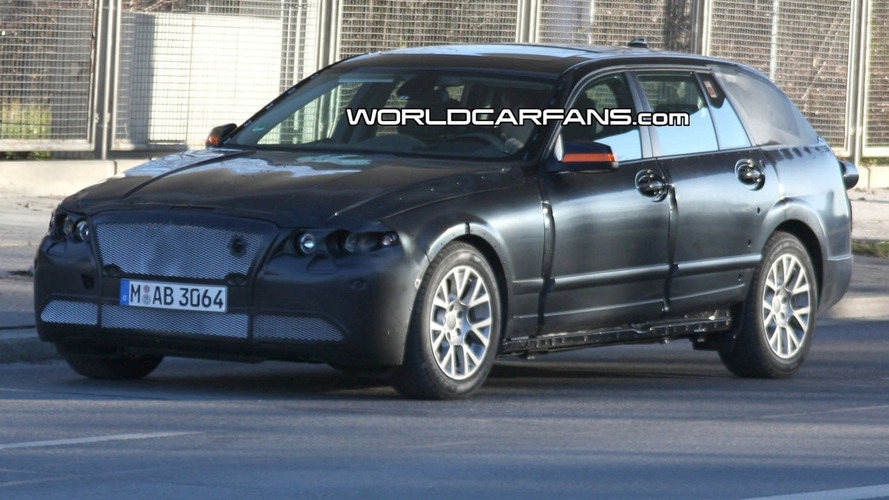 BMW’s redesigned 5-series Touring has once again been spied undergoing testing ahead of its launch in 2010.

BMW's redesigned 5-series Touring has once again been spied undergoing testing ahead of its launch in 2010 or early 2011. The new pictures give us our best look yet at the upcoming wagon and it appears clear that the new model will have a more conventional exterior compared to the current 5-series.

Riding on a shortened version of the 7-Series platform, the new wagon features an increased wheelbase that has grown a few centimeters in length resulting in improved interior room and greater cargo capacity. To fight the inevitable weight gain that the enlargement brings, the company will outfit the new wagon with a multitude of aluminum body panels.

Big changes are also in store for the 5-Series mechanicals, as the new model will feature control-arms up front instead of the MacPherson strut suspension that is currently used. Today's six-speed automatic transmission will be replaced by the new eight-speed unit which debuted on the 7-series while the M5 Touring will feature a new double clutch M-DCT sequential transmission.

Engine choices will include the much loved 3.0-liter twin-turbo straight six, the new twin-turbo 4.4-liter V8, and several diesels including a brand new version which will feature twin-turbo technology. The M5 Touring should return to the lineup a year after the new wagon launches, but power will come from an as of yet unspecified V8 instead of the current V10. Since the new 5-Series sedan is going to be offered in hybrid guise, it seems logical that BMW will also offer a hybrid wagon but that remains to be seen.