Lexus is now in the longboard business 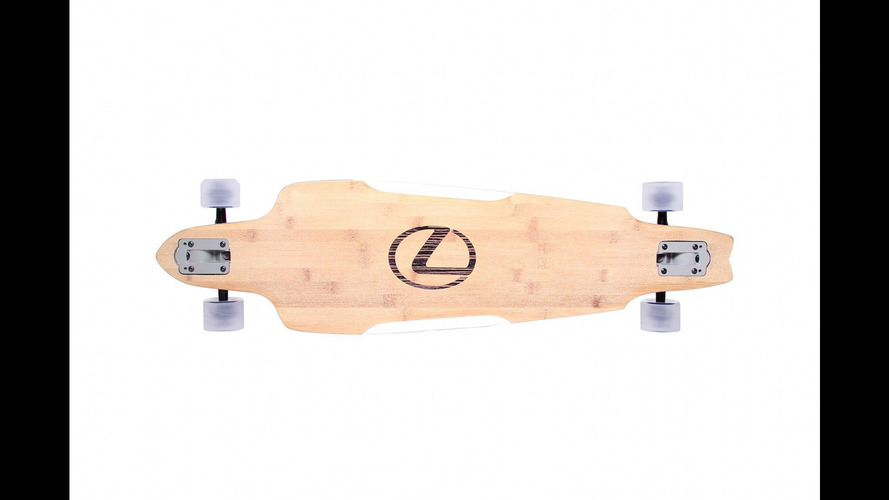 It's no LC 500, but this Lexus still lets you ride in style.

Lexus’ hoverboard was undeniably cool last year, but it only worked on specific magnetic surfaces – a rarity outside of the brand’s slickly produced videos. However, if you’re still looking for a way to skate around on one of the company’s products, then check out the new Lexus longboard. This deck costs 199 euros ($211) and is available now from the automaker’s dealers in Germany.

The idea of Lexus building a longboard seems odd at first because the brand’s high-end owners are probably too old to be interested in this ride. However, the company is the title sponsor of the German Skateboard Championship, so the connection makes a little more sense.

Lexus builds the longboards from seven layers of bamboo. The bottom features a carbon fiber print that conveys a high-tech look. On top, the brand’s name appears in a darker wood inlay.

Ferry M. M. Franz, the general manager at Lexus Germany, says that the point of getting into the skateboard scene for the brand to get the attention of a younger audience. This board is supposed to communicate to them the high quality and innovative design qualities of Lexus’ vehicles.

Ventures like this longboard show how adventurous Lexus is being recently at marketing to a younger audience. For example, there’s no doubt that the Sriracha-themed IS is supposed to grab the attention of hip folks at the Los Angeles Auto Show. The sedan’s customization shows a surprising attention to detail for a one-off gimmick at an event.

Lexus is also premiering an egg-shaped spaceship in the upcoming sci-fi action film Valerian and the City of a Thousand Planets. The movie is the highest-budget European motion picture ever, and if it’s a success, Lexus would benefit from a new audience getting a look at the brand.