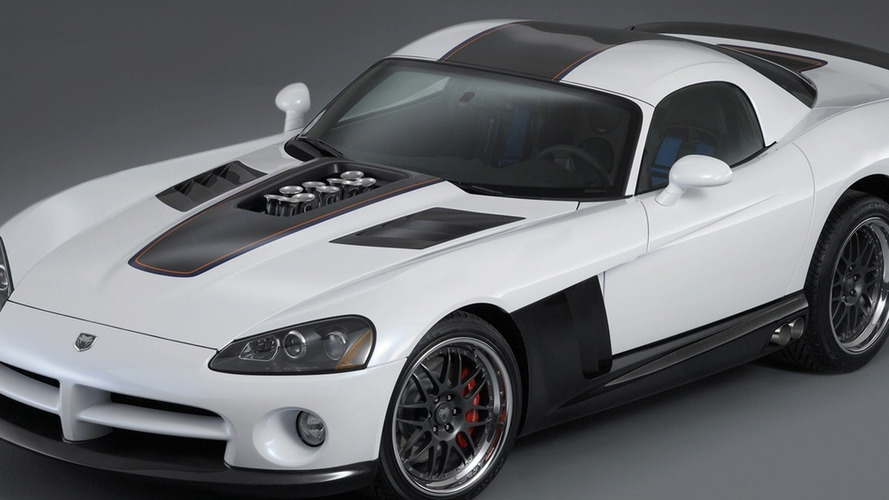 A truly one-of-a-kind Dodge Viper concept car is up for sale. Covered in carbon fiber, with a 615 hp McLaren engine, the 0-60 is 3.5 seconds.

Although the DaimlerChrysler merger was not the financial success story analysts expected, one cool thing did come out of it: Dodge's ability to join forces with McLaren on a one-off concept called the 2006 ASC Diamondback Viper. It debuted two years ago at the auto show in Detroit, cost $750,000 to develop, and had a 615 horsepower McLaren engine under the hood.

ASC stands for American Specialty Cars, a company that had previously developed finely tuned and engineered body parts for many of the world's manufacturers, including Chrysler and McLaren. They built a customized hood for this Viper concept with a "trupeted air intake system with individual port throttles," and carbon fiber body panels.

If you happen to have $295,000 lying around you can purchase the concept for $455,000 less than what it cost to build. The 2006 ASC Diamondback Viper could be a great investment for anyone looking to have a truly one-of-a-kind supercar.