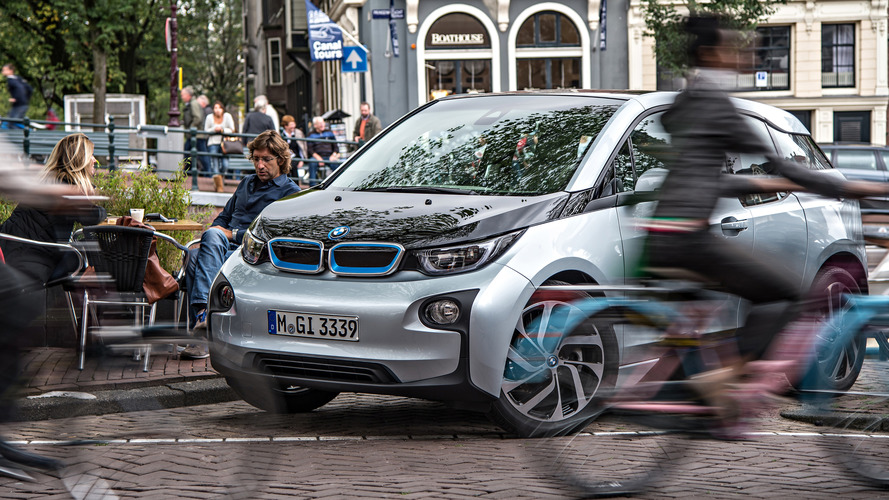 The automaker hopes to advance its autonomous and connected car tech, investing through its iVentures fund.

Automakers are tapping those companies, many of them startups, to accelerate their own, in-house development programs. Automakers like BMW, which is boosting its investment in tech startups, Automotive News reports.

BMW is set to invest as much as €500 million ($533 million) over the next ten years through its iVentures capital fund. The fund was set up in 2011 with €100 million and has so far bought a stake in RideCell, which creates ride-sharing and booking software, and invested in public transit and battery charging apps.

Though it is widening its range of hybrid cars, BMW has been slow out of the blocks in introducing pure-electric cars - it only has one, the relatively low-volume i3. But it is at the forefront of manufacturer-owned car sharing schemes, launching its European DriveNow brand over a year ago, and the ReachNow counterpart that has been running in America since April.

BMW is advanced autonomous driving technology, as well. The latest 7 Series luxury sedan is the first car in the world to feature gesture control for some functions.

BMW board member Peter Schwarzenbauer said: “These days, more and more innovations come from the start-up scene. Venturing allows us to tap into this potential at an early stage. To achieve this, we are now giving BMW iVentures a much broader footing and will expand out involvement in Europe and Asia, as well as at our new location in Silicon Valley.”

The company as previously headquartered in New York.

“The atmosphere of radical openness and idea-driven exchange that characterizes the startup scene is particularly fruitful for an innovation leader like BMW,” Schwarzenbauer added.

iVenures operates as an independent company that reports to the BMW Group Steering Board.