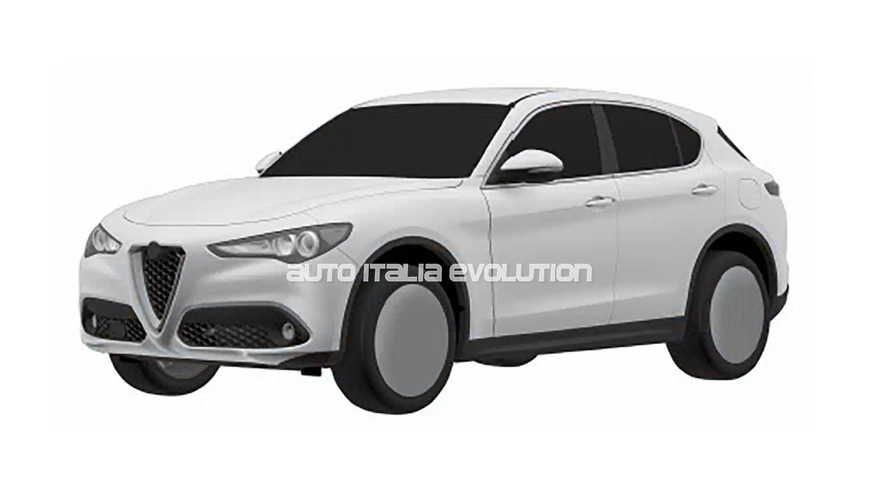 As with most patent images, these are a tad underwhelming compared to the real deal, but at least we are able to see the Stelvio from all angles.

Following its brief TV appearance last week, the lesser Alfa Romeo Stelvio is making the headlines once again courtesy of a few leaked patent images. It can be best described as a Giulia hatchback on stilts, which is not necessarily a bad thing, but perhaps it would have been better for Alfa Romeo to create a greater differentiation between the two models.

Not only is Alfa’s first SUV borrowing most of the Giulia’s exterior design, but it will also carry over the interior cabin and a lot of the hardware since the two are riding on FCA’s brand new Giorgio platform. The Stelvio is going to be assembled at the factory in Cassino, Italy alongside its sedan counterpart and will be offered from day one with a 280-hp 2.0-liter gasoline engine linked to an eight-speed automatic. That’s the only engine announced so far, if we’re not taking into account the Ferrari-derived biturbo 2.9-liter V6 inside the Quadrifoglio range topper.

There’s still no word just yet about the official reveal of cheaper Stelvio versions, but these might show up in January in Detroit. If not, Alfa will likely bring them two months later in Geneva.

Following the Stelvio’s roll out, two additional SUVs are going to be launched until the end of the decade if we were to rely on Alfa’s latest roadmap. These will be joined by a fullsize sedan, a couple of specialty models, and a new hatchback likely serving as a replacement for the Giulietta.