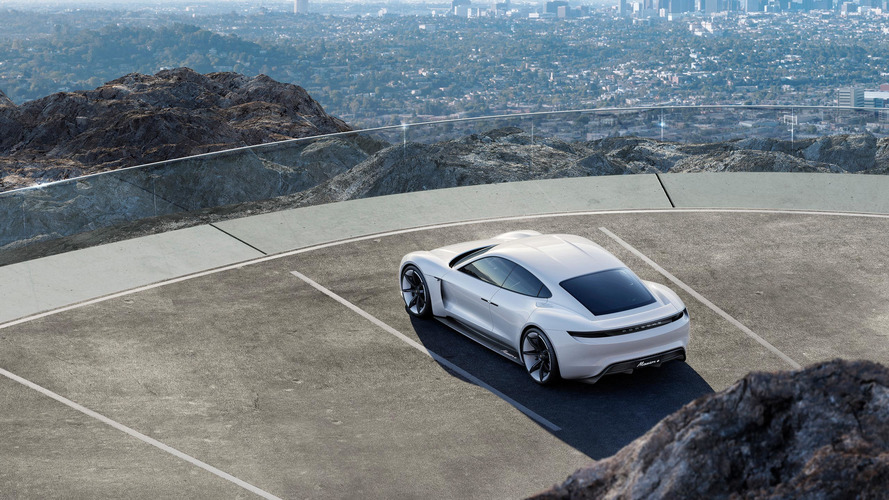 Porsche aims to get serious about electrified models in the next decade.

The production version of the Porsche Mission E concept is still years away from arriving at dealers in 2019, but the brand is already expecting a strong demand for the electric sedan. Porsche boss Oliver Blume tells Germany’s Automobilwoche that the company thinks it can move 20,000 examples of the Mission E a year once the EV hits the road. Plus, there would be more electrically motivated vehicles from the automaker in the future.

Porsche’s 20,000-unit estimate actually seems rather modest. For example, Tesla delivered over 50,000 examples of the Model S in 2015. The California-based automaker estimated that it could move even more of the electric sedans this year.

In concept form, the Mission E boasted 590 horsepower (440 kilowatts) and an estimated 310-mile (500-kilometer) range. The svelte sedan sprinted to 62 miles per hour (100 kilometers per hour) in 3.5 seconds, and Porsche claimed it could lap the Nürburgring in less than eight minutes. A later report suggested that the company aimed at bringing similar specs to the production version.

Blume also told Automobilwoche that more electric models would arrive in the next decade. Development boss Michael Steiner has even been working on adapting the tech to the 718 Boxster. However, Blume was quite clear that the execs haven’t made a decision on electrifying the roadster yet.

The greater electrification of the Porsche lineup will be possible thanks to a massive investment at the Stuttgart-Zuffenhausen factory. The rollout will include adding over 1,400 people that will work at a new assembly plant and paint shop. The company will also enlarge the body shop and engine factory there. The result will eventually be a lineup next decade that will offer buyers a variety of EV and plug-in hybrid options.