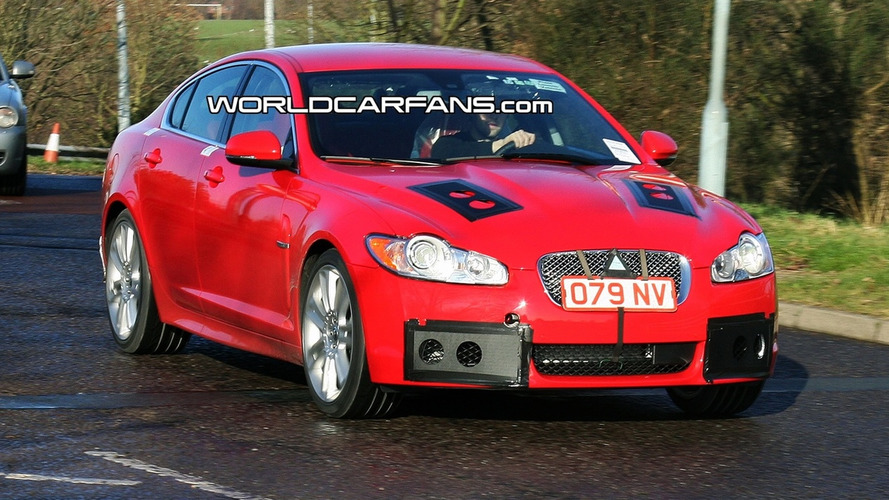 A new perspective on the 2009 Jaguar XF-R high performance coupe sedan is spied. Rumours put its ultimate power output at around 600hp.

Jaguar is putting more heat on the Teutons with a confirmed XF-R, spied here in blazing red. Seen clearly are 20-inch wheels, a small rear spoiler, chrome-tipped quad exhaust pipes and air intakes on the bonnet. According to sources at Jaguar, the XF-R is as close to launch as May 2009. Some media speculation says the XF-R will be on public display at the upcoming 2009 Detroit Motor Show.

The British marque is riding the crest of the wave ever since it introduced the Ian Callum-designed XF in 2007. Said to be carrying a 5.0-litre direct injection engine instead of the old trusty 4.2 V8, the XF-R could run about 500hp/ 378kW under its hood.