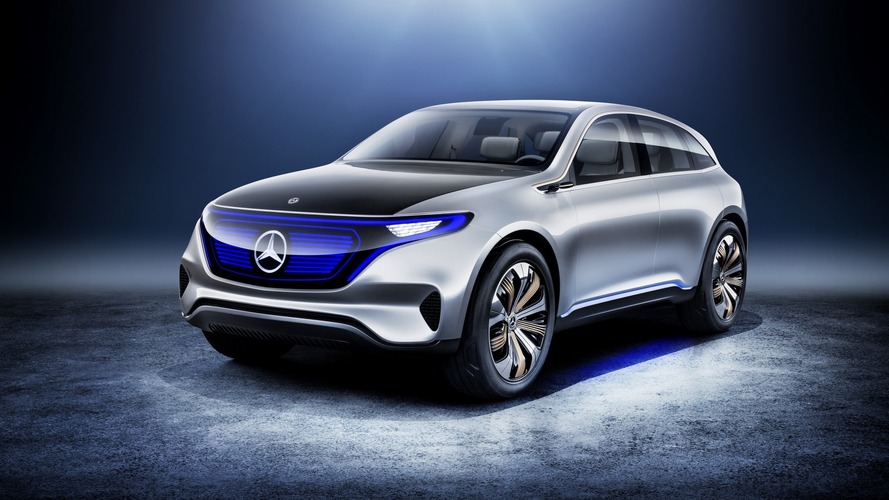 10 EVs based on the same architecture will be launched by 2025.

At the Paris Motor Show last month, Mercedes signaled its EV intentions with the Generation EQ concept taking the shape of an all-electric crossover with a 310-mile range. That was just a taste of things to come as now parent company Daimler through the voice of R&D boss Thomas Weber has disclosed it will spend a whopping €10 billion (about $10.6B) to engineer a whole family of EVs. The plan is to roll out as much as 10 electric cars based on the same platform by 2025 when Mercedes estimates sales of its EVs will account for 15 to 25 percent of total deliveries.

The reveal was made by Weber in an interview with German daily Stuttgarter Zeitung for today’s issue in which he specifies three of the EVs are going to be sold by Smart. Thanks to the expected advancements in battery technology, the future Smart-branded cars will be able to cover as much as 700 kilometers (435 miles) on a single charge.

Leading the way will be a production version of the aforementioned Generation EQ concept slated to be built in Bremen, Germany. Mercedes hasn’t released details about the crossover’s exact market launch, but it does say it will be introduced by the end of the decade. The electrified high-riding model will be part of the company’s newly established EQ product brand and further down the line it might spawn a luxed-up Maybach version.

Thomas Weber has made the promise that all models part of the EQ brand will be differentiated from Daimler’s conventionally-powered cars in terms of design, but will borrow as many components as possible to reduce costs. As far as specs are concerned, some of the cars will hit 62 mph (100 kph) from a standstill in less than five seconds and will cover 500 km (311 miles) in the real world.

Weber also talked briefly about the S-Class facelift and revealed the S500 plug-in hybrid version due next spring will be able to cover 50 km (31 miles) running solely on electric power, which will be an increase of 18 km (11 miles) compared to the current model.