Jaguar I-Pace production could generate as much as 10,000 jobs in U.K. 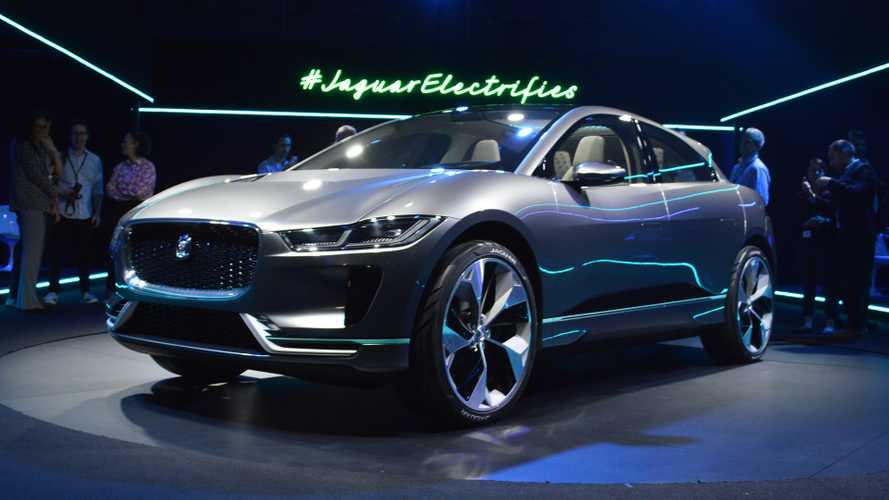 Even though it won't actually be assembled in the United Kingdom. At least not at first.

Jaguar made a big splash at the Los Angeles Auto Show earlier this month with a concept to preview its very first all-electric car. Dubbed I-Pace, the zero-emissions crossover will hit the streets in production guise in 2018 once Magna Steyr will kick off production at its facility in Austria. Despite the fact that it won’t actually have the “Made in U.K.” label, the I-Pace could create up to 10,000 new jobs in United Kingdom to support the model’s launch.

Further down the line, some of the production could be handled by U.K., with JLR chief executive Ralf Speth saying future EVs might be assembled in the Midlands where the crossover’s batteries are going to be made. However, that will only happen if the local government is going to upgrade the infrastructure to make it easier for automakers to establish new manufacturing facilities for electric cars. According to Financial Times, Speth wants the government to invest £450 million (about $561.7M) to support car manufacturers to set up new EV shops in the country.

Speth went on to specify Jaguar and Land Rover would also need access to more land for development, additional electricity, as well as the “right legislative framework” to allow the company boost its operations in U.K. These desires make sense taking into account JLR wants half of its lineup to be hybrid or purely electric within the next five years. The I-Pace’s arrival in 2018 corroborated with a hike in exports of JLR’s existing model could double the company’s annual production to one million cars by the end of the decade, according to Speth.

As a refresher, the Jaguar I-Pace will go up against the likes of Tesla Model X and Audi E-tron and it will do that by combining a stylish exterior and interior design with some pretty nice specs. The concept has two electric motors, one for each axle, good for a combined output of 400 horsepower (298 kilowatts) and 516 pound-feet (699 Newton-meters) of torque. The all-wheel-drive crossover concept runs to 60 mph (96 kph) in four seconds and has a 90-kWh lithium-battery pack with enough juice for 220 miles (354 kilometers).

Jaguar’s chief designer, Ian Callum, has described the I-Pace as being probably the “most important” model since the iconic E-Type, so you can imagine there’s a lot riding on it.