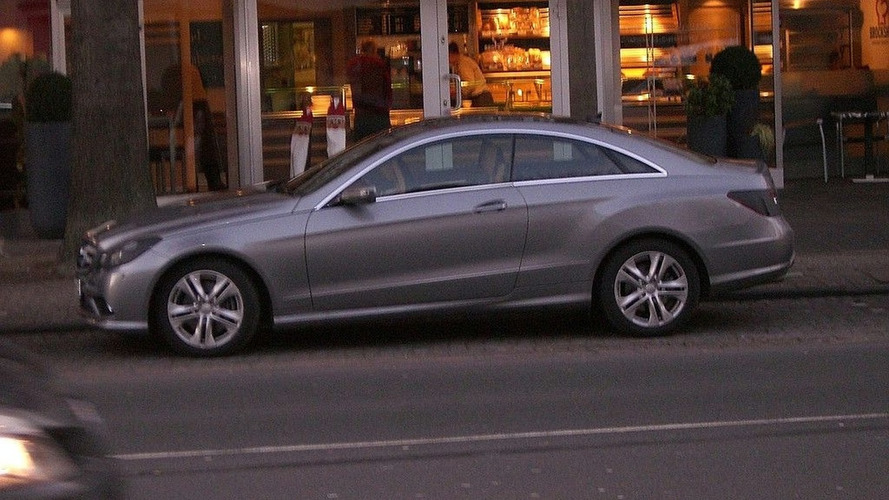 The Mercedes-Benz E-Class Coupe, part of the replacement of the CLK class, has been spied in Germany, and it looks very cool indeed.

New spy shots of the Mercedes-Benz E-Class Coupé have popped up.  Photographed in Germany, anticipation is boiling over for Stuttgart's replacement line for the CLK.

Looking rather dynamic in the metallic dark grey paint with silver lined windows and five-point alloys, one can't help but wonder if this car was meant to be photographed before its debut.  A very sleek, but slightly covered black beauty was seen as well.  Clearly, the car has taken some inspiration from the FASCINATION concept shown at Paris in 2008.  Engine options begin with the 1.8 liter turbocharged petrol, and stops with the mammoth AMG 500 horsepower machine.

On sale this year, the Mercedes E-Class Coupé will likely debut at the Geneva Motor Show in March.  The E-Class four-door sedan is coming to the NAIAS in Detroit, and the convertible should see daylight later in the year.