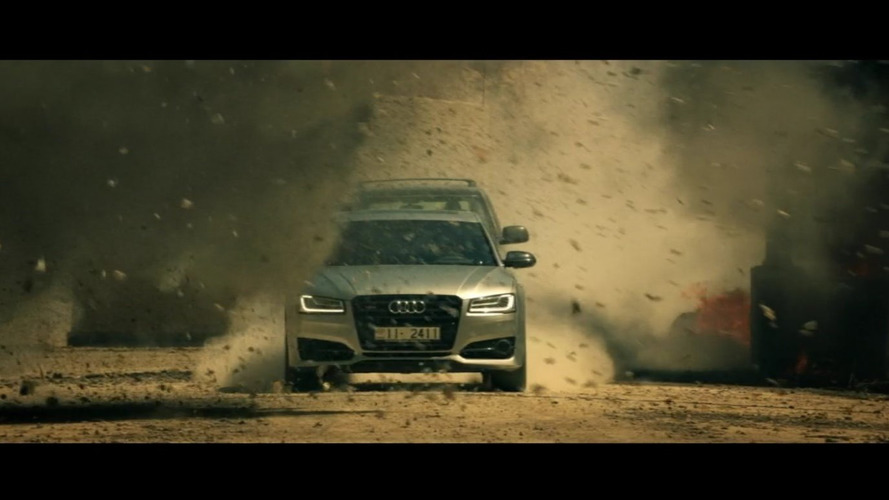 The Grand Tour got up and running last week with a brilliant episode that picked up exactly where Jeremy Clarkson, Richard Hammond, and James May left off when they departed Top Gear.

1. The Cradle of Humankind

The studio is in Johannesburg, South Africa, on the very spot that ape became man. And somewhere in-between, Jeremy was created.

2. Jeremy struggles to get into the Aston Martin Vulcan

And pull away without stalling. And stop the brakes squealing. And generally, you know, drive it. Still, he liked it

3. James doesn't like the smell of tire smoke in the evening

He tries out the South African pastime of "spinning", which isn't really his cup of Earl Grey.

4. We meet the man who built this amazing thing

The worst special forces unit in the world must rescue a VIP held hostage on a plane. Which goes about as well as you would expect. For instance...

And you'll never be able to wipe the image from your brain.

Later, after much cocking about with guns 'n' stuff...

7. We're finally in a car show

Featuring the best getaway car there has ever been, the Audi S8. Which Jeremy insists on reviewing while...

8. They make a getaway

Having rescued the VIP. Eventually. Very, very eventually. Mostly, it was Hammond's fault.

10. Amazingly, they complete the mission

Nine and a half hours slower than the professionals. Jeremy may have been slightly killed, as well.