Blast from the past: McLaren revisits the stunning F1 GTR Longtail 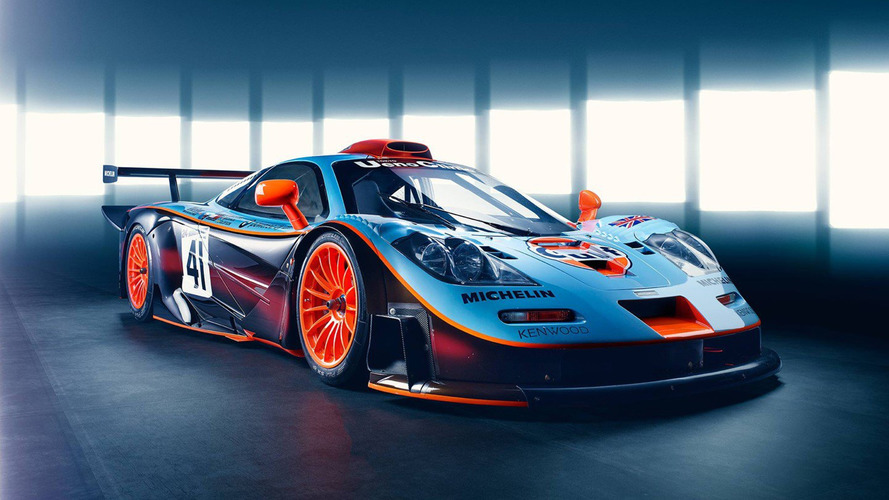 Only ten of them were ever made, and this particular car now belongs to McLaren.

McLaren made a total of 106 F1s during the supercar’s lifetime between the years 1992 and 1999, and the GTR Longtail served as a last hurrah. An evolution of the 1995 GTR that triumphed at the 24-hour Le Mans endurance race, the Longtail version brought some significant body changes to boost downforce and as a consequence further improve the race car’s already mind-blowing performances.

Internally known as the “F1 GT”, a name which was used for three road-going versions of the race car, the long-tailed machine also received a fully adjustable suspension and a six-speed sequential transmission enabling faster gear shifts. Perhaps the most significant modification compared to its predecessor was the drastic weight loss of 135 kilograms (297 pounds) to a very low 915 kg (2,017 lbs) for a vehicle equipped with a BMW V12 6.0-liter engine pushing out 600 horsepower (448 kilowatts) and 480 pound-feet (651 Newton-meters) of torque.

The very first 1997 F1 GTR Longtail, development chassis 19R, was completed on November 18, 1996 in parallel with the aforementioned three road-legal cars. The vehicle made an apperance during the 2014 Goodwood Festival of Speed and has been converted for street use.

Following the 19R’s assembly, McLaren then made a total of nine customer race cars. Featured in the adjacent gallery is the chassis 20R originally delivered to the Gulf-Davidoff GTC Motorsport, which managed to finish in second place at Le Mans during the 1997 season. Fast forward to present day, the car now belongs to McLaren.

As a reminder, the iconic F1 is getting a spiritual successor as the Woking-based marque has announced plans to introduce a “Hyper-GT” with a three-seat layout in 2019. To further strengthen the connection between the two, McLaren will be making exactly 106 units and all of them will have dihedral doors. Unsurprisingly, the entire production run for what is being described as “the most exquisitely crafted and luxurious McLaren to date” has already been pre-sold.