BMX champ Tory Nyhaug and Focus RS, a match made in adrenaline heaven.

The words aspirational and inspirational are sometimes incorrectly used. While “inspirational” means to infuse, or motivate others to elevate their performance, dreams, or goals, “aspirational” refers to something more deep rooted, more long term, more ambitious.

It would seem then that the 2017 Ford Focus RS and two-time Canadian Olympic BMX athlete, Tory Nyhaug, are a match made in high adrenalin heaven.

The Olympian next door

As a resident of Coquitlam, British Columbia, 24 year old Tory Nyhaug is literally the kid who lives next door to yours truly. Except that this young adult happens to also be a college student, a 2015 Pan American Games Gold Medalist, and a World Championship winning BMX biker. It turns out that BMX is a tough sport and Tory is one tough guy.

BMX is actually an acronym for “Bicycle MotoCross”. Like other MotoCross sports, the potential for injury is high. Having pushed his edge and beyond to achieve Olympic-level success, Tory has broken more bones than he can count with both hands. Nine weeks before the 2012 London Olympics, he was severely injured enough to require that his spleen removed. But yet he recovered in time, by the skin of his teeth, to compete as an Olympic finalist. 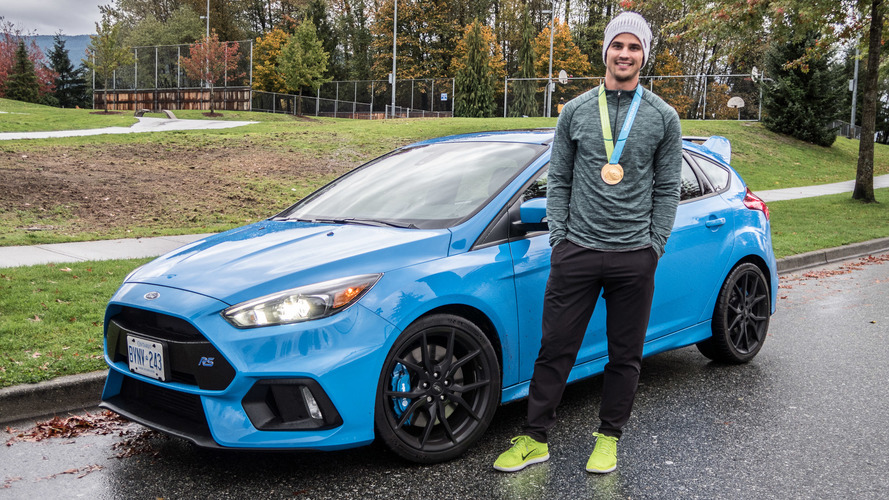 The general perception to those less informed may be that BMX is just for kids. But in fact, if you look at just in terms of their physical performance, BMX athletes produce more power than any other kinds of cyclist on the planet; in excess of 2,500 watts in the opening seconds of a race to be exact. In terms of strength and power production, they are arguably the most formidable cyclists out there.

When he is not jetsetting across the globe competing with his team as part of Cycling Canada, Tory is often found training at the local BMX track in Abbotsford, BC, or keeping up with his fitness regime.

Having joined the BMX sport at the tender age of 4 years old and not wanting to forget where he came from, he also often makes himself available to those starting out in the sport, serving as both an inspiration to kids, giving them something to aspire to become.

In many ways, the development of the Ford’s Focus RS has a lot of parallels with Tory and his journey. The Focus was also bred on motocross dirt tracks around the world, and in fact has its original roots in the tough World Rally Championship.

After many crashes and disappointments, Ford engineers have had to repeatedly learn from their drivers and their mistakes to build a tougher, better car. This is one scenario that one can clearly see racing-bred engineering and technology being applied to a production road-legal vehicle. 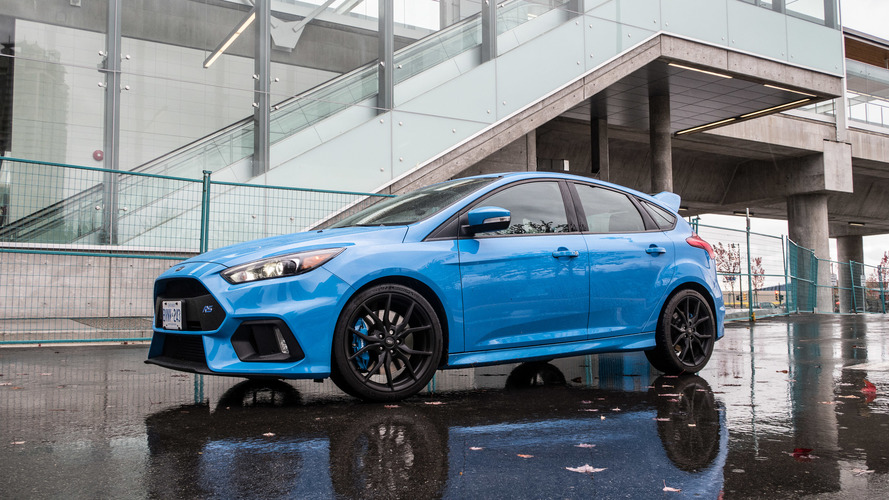 Having been available on the other side of the pond for many years, the latest iteration of the Focus RS is finally a global Ford car that is being sold in North America. Funny enough, like the Nissan Skyline, despite the car’s unavailability, tens of thousands of kids have been racing the Focus RS for years via their video game consoles. Many of those kids have now grown up, been inspired to become motoring enthusiasts, and now have the funds to purchase the real life car.

So what does Tory think about the Ford Focus RS? With 350 horsepower from its 2.3 litre Ecoboost 4-cylinder turbocharged engine, it is a heck of a lot more powerful than his Mazda3 Sport hatchback.

“It’s very fast! I love the colour and the heated steering wheel”, he says with a shy smile. Having shown up to the interview in highlighter yellow Nike Frees, Tory clearly has a penchant for bold colours and bold styling and the Nitrous Blue paint job caught his eye. 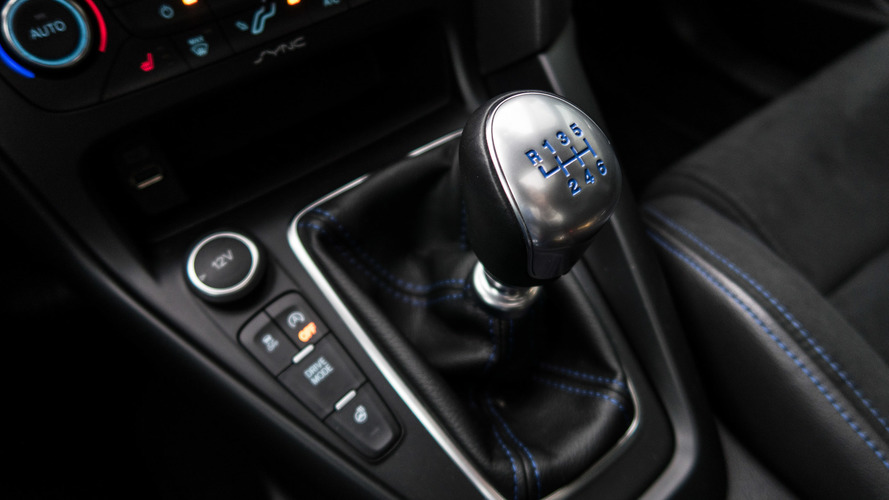 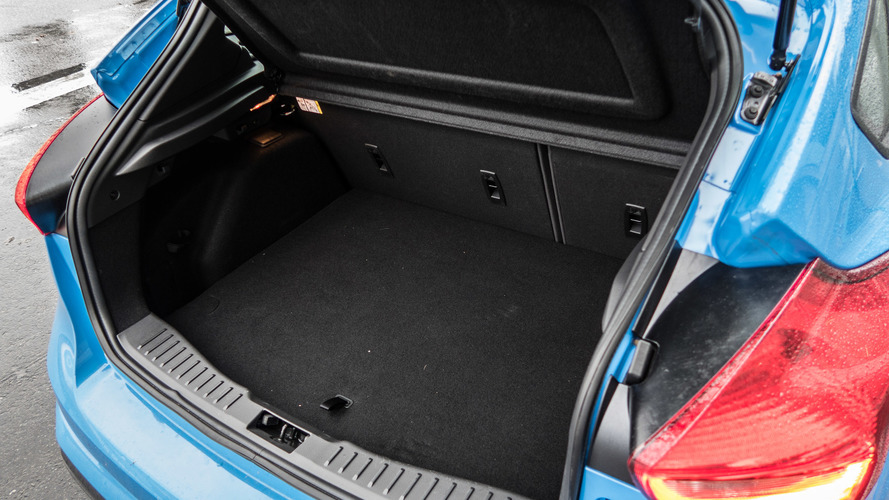 “The clutch is a little tricky, but the shifter is easy to get used to. It’s surprisingly comfortable, but yet sporty. And hey, there’s tons of room for my bikes because it’s a hatchback”.

As it turns out, unlike mountain bikers, BMX athletes don’t like exposing their expensive bikes to the elements. Hatchbacks like the Ford Focus or the Mazda3 Sport are really popular in the BMX community as they tend to be good on fuel consumption, fun to drive, but yet can serve as secure refuge.

While the Focus RS may not be the most fuel efficient transport, Tory is right though that the Focus RS’ heavier duty clutch, like the Focus ST’s, is a little tricky to master with its high bite point.

Is it built for life in Canada?

With its trick all-wheel-drive system, able to intelligently distribute power front and back as well as left and right, the Focus RS should be fun to drive whether it is carving tracks on the snowy roads of Calgary or on the rainy streets of Vancouver.

But because it’s also a four door all-wheel-drive hatchback, it should successfully serve as a practical daily driver. In other words, there is room for friends, hockey bags, lacrosse gear, Tim Hortons coffee cups, and a set of Michelin Supersports tires.

The turbocharged four-cylinder engine, also found in the Ecoboost Ford Mustang, develops most of its torque down low, making it highly usable for squeezing through gaps in traffic. 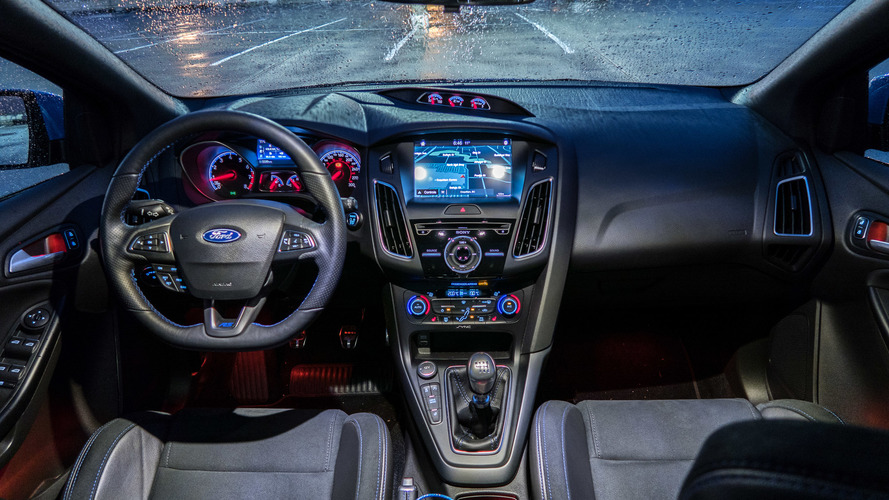 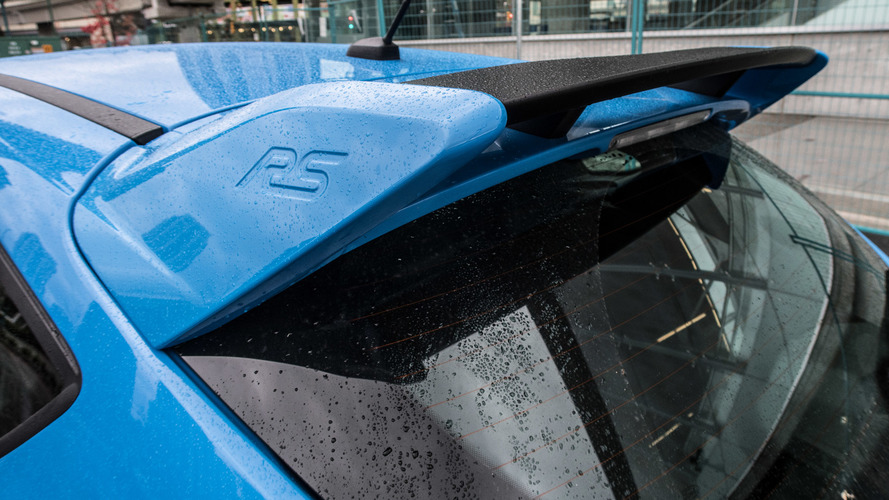 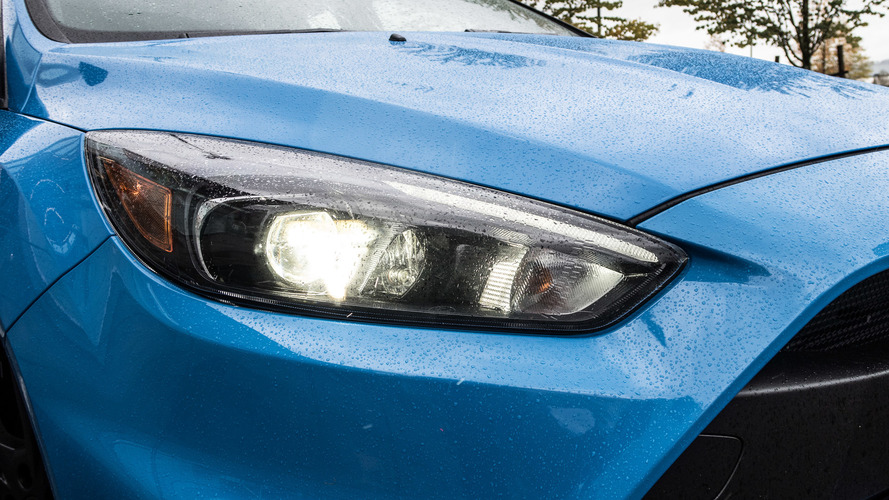 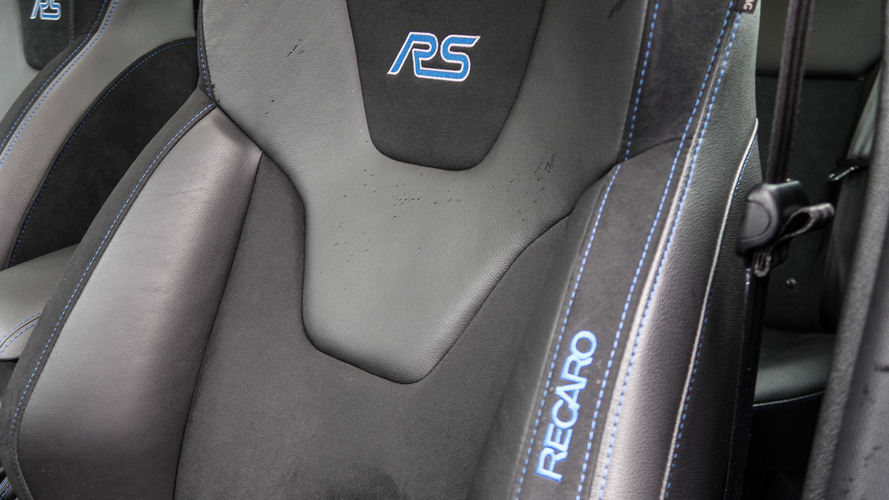 Not only can the Focus RS satisfy the high horsepower cravings that most demand in a sports car, but its relatively low cost and puppy dog enthusiasm makes you also want to drive this car hard on an autocross track every weekend. For those with aspirations of being a better driver, this relatively inexpensive compact car may serve to be the catalyst.

And that is where, for me, there are seemingly further parallels between Nyhaug and the Focus RS. They both have the ability to inspire and motivate. They both possess a remarkable quality that sets them apart from others, causing others to be attracted to them. To look up to them.

That quality has most frequently been labelled as “charisma”, a term that comes from the Greek word meaning “gift”. And it is, without a word of a lie, that I can attest to the Focus RS having boatloads of said gift.

But because it is a Ford, and not an exotic European sports car, it can also be serviced at the Ford dealership down the block, not just at one or two dealers an hour away. 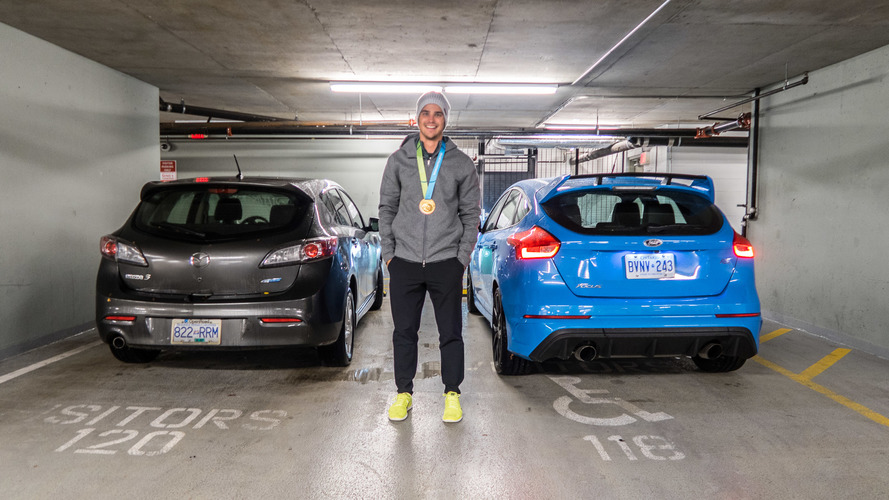 Yes, it’s true, like many other things in Canada, we pay more for the RS than our friends south of the border. The Canadian Focus RS’ only comes in one trim level, fully loaded.

There are standard heated seats and even a heated steering wheel. Canadian RS’ are shipped with winter tires and wheels (not cheap steel wheels either, but full fledged alloy ones) to complement the super sticky Michelin SuperSport high performance summer tires.

Yes, many may say that this is one expensive Focus. And indeed its closest competitor, the Volkswagen Golf R, may be cheaper by several thousand dollars. But the Focus RS has more power, more torque, and looks decidedly racey. It is made up of the things that the sedate and conservative Golf R isn’t.

For those who grew up playing Dirt Rally, Gran Turismo, or Forza, owning a real life copy of their virtual plaything is a dream come true.
And they don’t have to take my word on how good it is. They just have to ask @tnyhaug49.