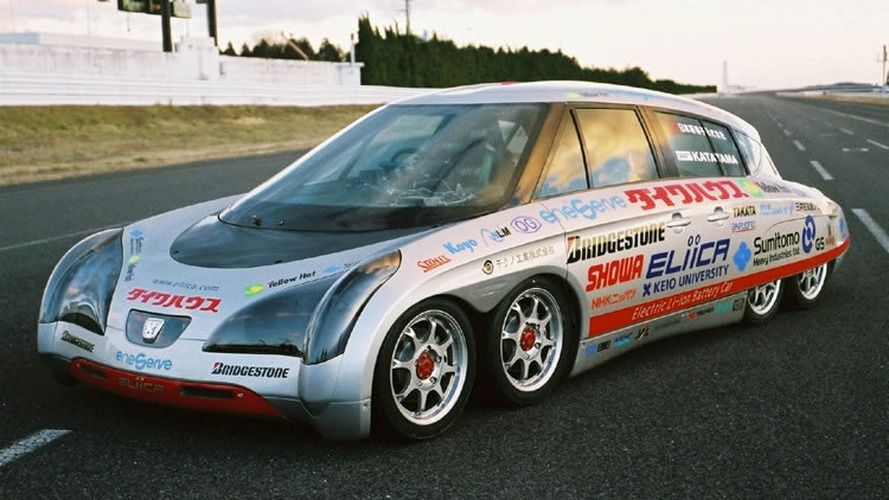 Who says electric-powered vehicles have to be slow on the trot. Eliica is a sub-4 second 8-wheeler that runs on electric power and costs USD $255,000.

Could one say an eight-wheel car is twice the car any normal one is? A team of Japanese engineers seems to think so. Dr. Hiroshi Shimizu and his team have built this monster of a four-door called Eliica which runs on lithium-ion batteries.

The thought that the Eliica pulls off like a pregnant snail because of its size would be a gross underestimation. Considering that each of the 8 wheels contains an electric motor that produces 60kW (80hp), you begin to understand how the Eliica is capable of 0 - 60mph time of under 4 seconds, a top speed of 250mph (402km/h) and a range of 200 miles (321 km). However, no details on its cornering ability were forthcoming.

Shimizu-san initially developed the car in 2003. Two examples of the four-seater Eliica currently exist as the team attempts to get sponsorship to build more. That may happen as the Japanese government's interest in electric vehicles grows. If and when that happens, 200 units will be made for a price of around USD $255,000.