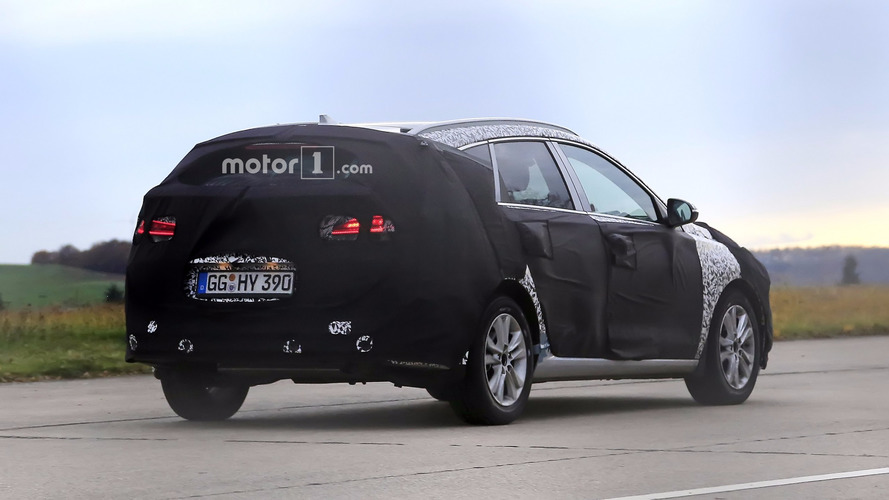 A small increase in the trunk's capacity is expected to make it even more practical.

Having introduced the third-gen i30 hatchback last month in Paris, Hyundai is now putting the finishing touches on its more practical companion, the wagon. Spotted riding on small wheels on an airfield in Germany, the i30 CW as it’s known by its official name in some markets was heavily camouflaged, although the disguise is a bit pointless since we all know only the rear end will be subjected to changes over the five-door hatch.

With wagons, it’s all about the trunk’s space and in the case of the new i30 CW it should grow beyond the outgoing model’s 528-liter capacity. It’s a valid assumption to make taking into account the hatchback’s cargo area has increased by 17 liters to 395 liters with the new, third-generation model. A similar bump is expected from the wagon, so look for somewhere in the region of 540+ liters.

That should be enough for most people, but some of its segment rivals do it better. Take for example the new Renault Megane Sports Tourer capable of carrying up to 580 liters of your items, or the 610-liter Skoda Octavia Combi, while the king in the compact wagon segment remains the Peugeot 308 SW with a gargantuan 660-liter capacity with the rear seats in place.

Other than the enlarged trunk, the new i30 CW should be virtually the same as its hatchback sibling. That means it will carry over the engine lineup, including the brand new turbocharged 1.4-liter with 138 horsepower (103 kilowatts) and 179 pound-feet (242 Newton-meters). It will be offered alongside Hyundai’s familiar units, such as the three-pot 1.0-liter turbo, the four-cylinder naturally-aspirated 1.4-liter, and the more frugal turbodiesel 1.6-liter.

Following the wagon’s launch, Hyundai will then gear up to extend the i30 family by introducing a stylish four-door coupe, which has already been teased. The three-door model will not live to see a new generation, most likely due to the lack of demand.