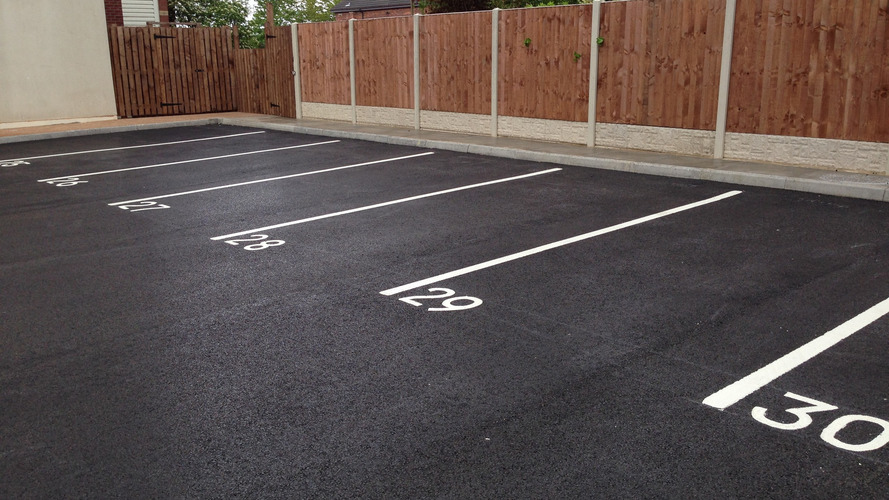 It also doesn't help that SUVs are selling like hot cakes nowadays...

The BBC has conducted an analysis concerning the number of collisions occurring in U.K.’s car parks and it seems crashes have gone up in the last two years by a whopping 35 percent. It doesn’t come as a huge surprise taking into account a study coming from the Automobile Association mentions 90 percent of its members consider parking spaces are simply too small in comparison to today’s cars, which are considerably bigger than they were a few decades ago.

The fact that cars are getting bigger and bigger with each new generation is only part of the story, as the typical car buying habits have changed in recent years and more and more people are now going with SUVs. As a matter of fact, the most popular body style last year in U.K. was the SUV last year, accounting for 24 percent of all sales. With SUVs being larger, it’s no wonder more and more crashes are occurring in U.K.’s parking spaces, which have remained roughly the same size over the last six decades. Another contributing factor is the fact that sales of cars have exploded in recent years, making it harder for drivers to find an available parking spot.

One proposal to try and partially solve the problem comes from YourParkingSpace.co.uk by introducing what they describe as being the “SizeMark” badge. According to the site’s managing director, Harrison Woods:

“All car parks that meet this minimum size are awarded an instantly recognizable SizeMark badge to help drivers avoid the stress of trying to park their vehicle in unsuitable spaces and minimize the damage to their cherished cars.”

To avoid the hassle of trying to find a vacant spot, more and more drivers in U.K. are renting parking spaces online, with some of them requesting driveways instead of car parks because of the vehicle’s large size. But with the roads being suffocated by more and more vehicles, that is not really a solution in the long term.

The call comes following BBC claims that the number of collisions in car parks has gone up by 35 per cent in the last two years. Furthermore, the AA reports that 90 per cent of its members feel that parking spaces are too small in comparison to the size of a modern car.

“It’s time the parking industry recognised that cars are getting bigger and introduced recommended minimum parking space sizes,” commented Harrison Woods, managing director at YourParkingSpace.co.uk. “We first proposed SizeMark more than 18 months ago, but unfortunately many car parks are still providing spaces that are far too small and more and more drivers are suffering the consequences as a result.”

Furthermore, traditional car buying habits, which tended to favour hatchbacks and saloons are changing in favour of the latest generation of SUV’s. Figures show that the most popular type of car in the UK in 2015 was the SUV, with registrations accounting for 24 per cent of the UK car market. For the first year on record the typically much wider SUV outsold the sub-compact category, and with fierce competition between manufactures for the SUV sector of the market, this trend looks set to continue for 2016 and beyond.

Over the past two years YourParkingSpace.co.uk have seen the growth of drivers renting private parking spaces through their online parking platform grow tenfold, with some motorists actively requesting driveways over car parks purely because of their size.

Mr Woods still believes that the SizeMark proposal could offer an ideal solution for car parks. “The size of car parking spaces has become a huge problem for both drivers and insurers, and it’s a problem that the parking industry can no longer afford to ignore. Our proposal is to introduce the SizeMark standard, where all car parks that meet this minimum size are awarded an instantly recognizable SizeMark badge to help drivers avoid the stress of trying to park their vehicle in unsuitable spaces and minimise the damage to their cherished cars”.