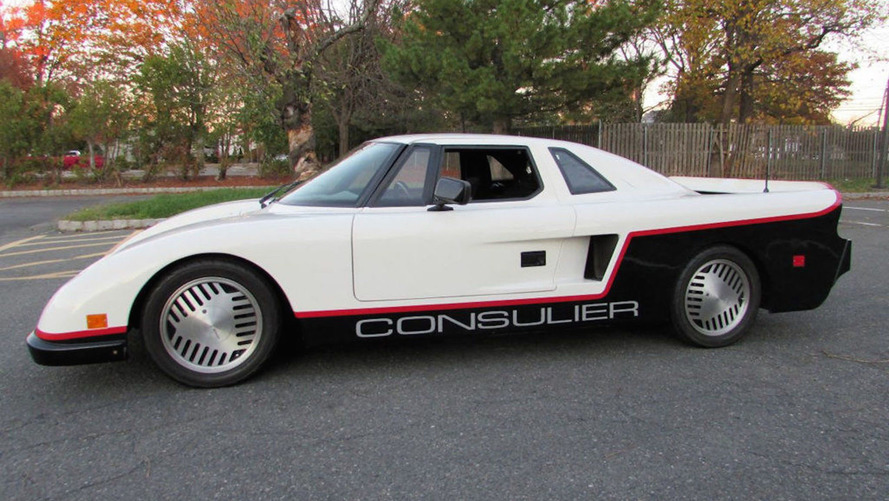 This is a 1988 Mosler Consulier GTP – and you probably didn't even know it existed. While it may look like a supercar with its dramatic lines and half carbon fiber, half kevlar body, its 2.2-liter turbocharged Chrysler engine produced a measly 190 horsepower (141 kilowatts), propelling it to 60 mph (96 kmh) in about five seconds and on to a top speed of 155 mph (249 kmh).

But what it lacked in looks and performance, it more than made up for in originality. Just a limited amount of these vehicles were produced between 1985 and 1993, making them more difficult to find on the used market by the day. Luckily, this one is up for grabs on eBay for a cool $65,000

Up for sale in South River, New Jersey, this particular example is an S2 model, which features "improved" visuals and more horsepower over the 175-horsepower (130-kilowatt) S1 model that was limited to just 70 examples. It uses the same Chrysler 2.2-liter inline four, but introduces a more powerful turbo to the mix.

The chassis does away with structural metal components in place of a unique fiberglass and foam monocoque. The exterior body is part carbon fiber, part kevlar, and the two combine to bring the curb weight to a total of just 2,200 pounds (998 kilograms).

The interior emphasizes function over form; the ‘90s-style dash features the original VDO gauges, and Chrysler switchgears and controls, while the seats are a set of period Recaros. This one also comes with power windows and locks, a feature only available on later model cars such as this.

It has just 7,000 original miles (11,265 kilometers) on the odometer – and given its rarity and performance-focused nature, that makes it quite the collector’s item. There are 13 days still left on the auction, so there's plenty of time to make room in your garage.

Source: eBay via Bring a Trailer