McLaren shrinks down the P1 to give younger drivers a chance at piloting the hypercar.

Rumors suggest that McLaren is developing an electric sports car that’s smaller than the P1, and here it is – at least for drivers between the ages of three and six. The company revealed the P1 Ride-on Edition in September but has now released a teaser video showing the hypercar for tots on the track at the Goodwood Motor Circuit.

At 375 pounds ($465 at current rates), the little hypercar isn’t cheap, but it’s sure to make the young driver the coolest kid on the block. The child can even make a suave entrance by opening the dihedral doors. Little tykes with one of these also have the bragging rights of being the only customers with an open-roof P1.

The P1 Ride-on Edition reaches it’s top speed of three miles per hour (five kilometers per hour) in two seconds, which means the toy achieves its maximum velocity quicker than the 217-mph (350-kph) hypercar. The kid can even shift through three forward gears, and there’s reverse for early practice at performing J-turns. 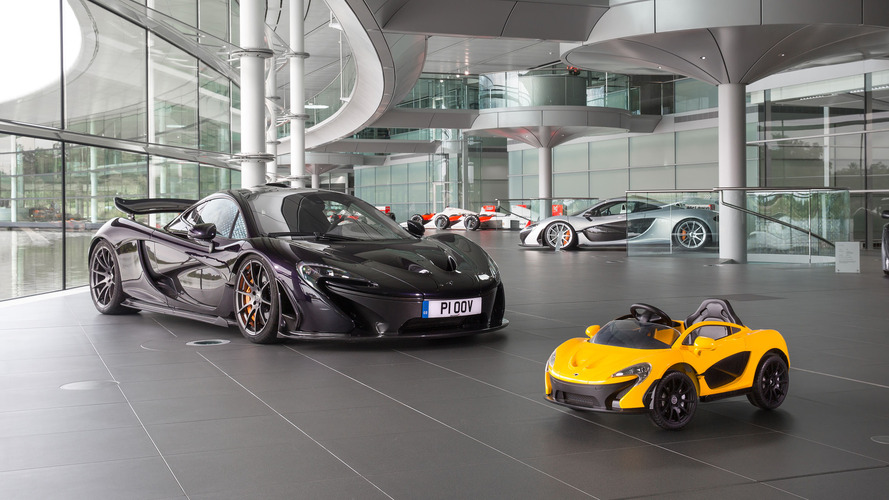 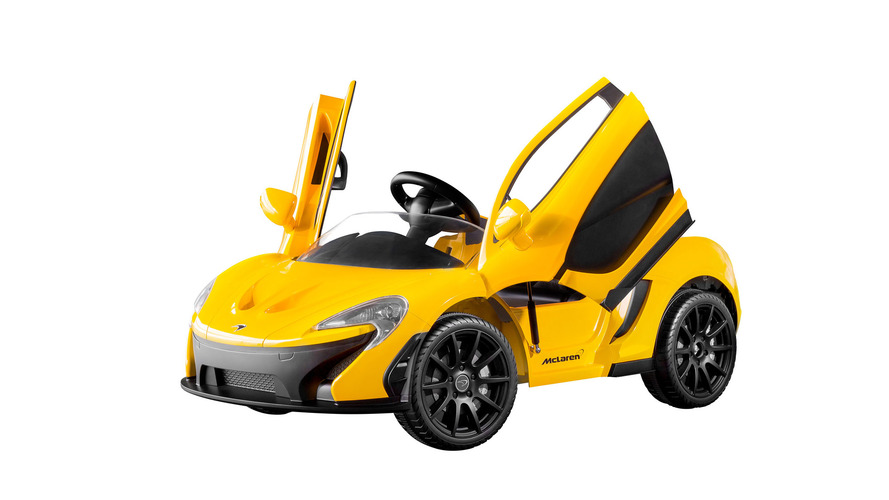 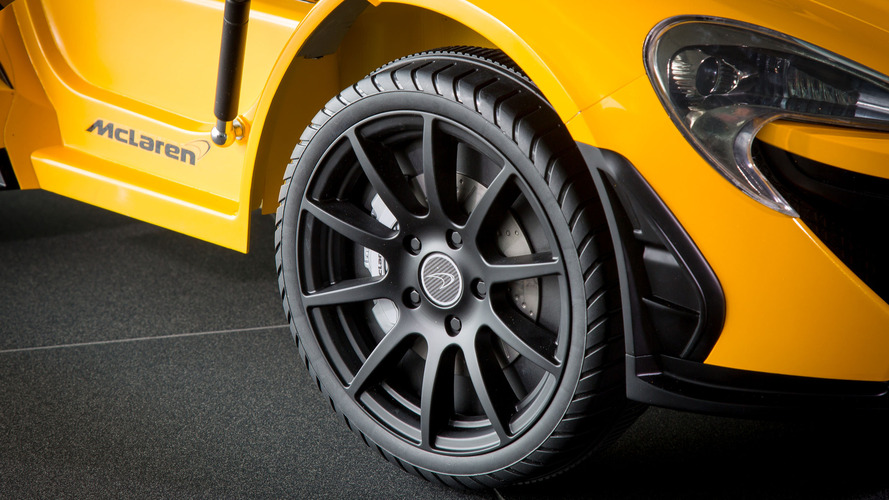 The one-seat cabin includes an MP3 player and stereo that lets the young driver enjoy some tunes while cruising around the neighborhood. McLaren even pre-programs the system with “every popular nursery rhyme.”

The P1 Ride-on will be available at McLaren dealers first, just like the brand’s full-sized products. They will all come in Volcano Yellow. Unfortunately, kids in the United States can’t look forward to unwrapping the little hypercar for the holidays this year. A McLaren spokesperson previously told Motor1 that the toy wouldn’t arrive here until the first quarter of 2017, but the price should be similar as in the United Kingdom.