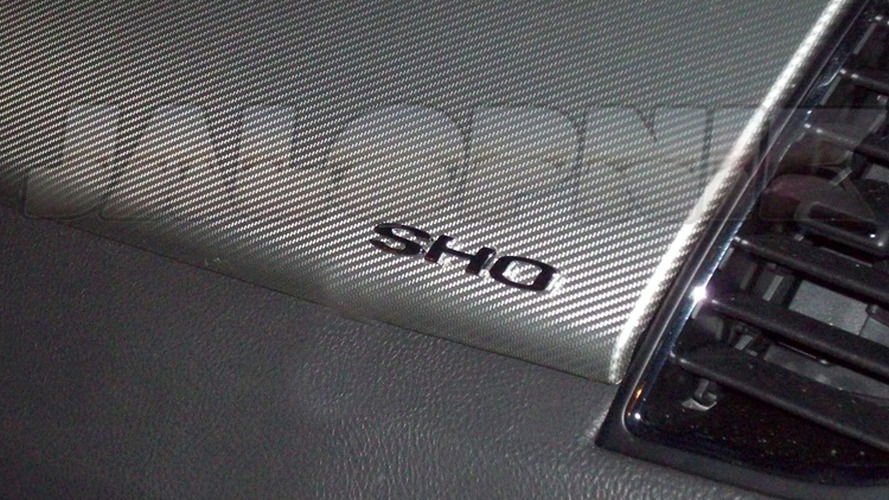 Could Ford be bringing back the SHO performance badge on the new 2010 Taurus? It appears that way, from a picture of the new car planted with the SHO moniker.

Ford reveals the new 2010 Taurus to the world media at the Detroit Auto Show on 11 January 2009. Speculation is now going fever high as to whether the Ford legend will offer an SHO model again. This comes after Jalopnik.com procured exclusive spy photos showing the SHO moniker in its traditional font on an upcoming Taurus dash.

Rumour has it that Ford's new EcoBoost V6 mill would be the choice to power an Taurus SHO model, which would be shown soon after Detroit. The engine is rumoured to produce 350hp/ 260kW and 350 lb-ft of torque. The original SHO produced 220hp, which was a lot back then, but today for a car of Taurus size with that engine it would perform like an elephant in a pool of mud.

SHO or Super High Output was a badge put on a 1986 Taurus with a Yamaha engine. The cars were built unintentionally when Ford found itself with extra Yamaha engines it had ordered for a two-seater car that got cancelled at the last hour. The Taurus SHO proved so popular that new powerplants were ordered and it went into normal production.