Ford Self Parking System Announced for Lincoln MKS and MKT 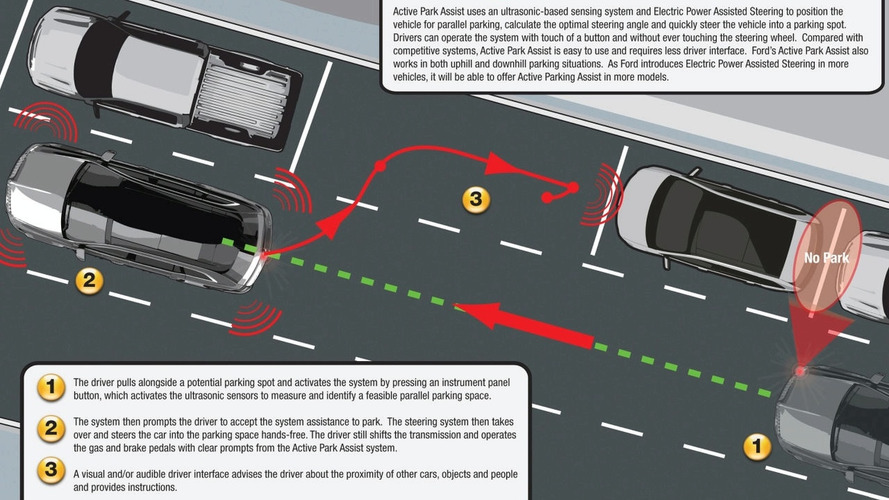 Lincoln has announced that starting in mid-2009 the company will offer a new active parking system on the MKS sedan and the upcoming MKT crossover.

Lincoln has announced that starting in mid-2009 the company will offer a new active parking system on the MKS sedan and the upcoming MKT crossover. Called Active Park Assist, the system is designed to take some of the stress out of parallel parking.

To operate Active Park Assist the driver presses a button on the instrument panel button and then sensors take measurements and determine the feasibility of the particular parking situation. Once the system has received the necessary information, it will then turn the steering wheel into the proper position so that the vehicle can be backed into the parking space. During this time the driver will be required to work the transmission, accelerator, and brake while instructions and the car's proximity to other objects are displayed.

The system is similar in concept to the one used on the Lexus LS but uses ultrasonic sensors instead of cameras for determining how best of maneuver the vehicle. Ford states that their system is a major leap forward because it solves the two major problems that plague today's camera-based units, speed and ease of use. The company is also quick to point out that the backbone of the Active Park Assist system is electric power assisted steering which helps to increase fuel economy by up to 5 percent.