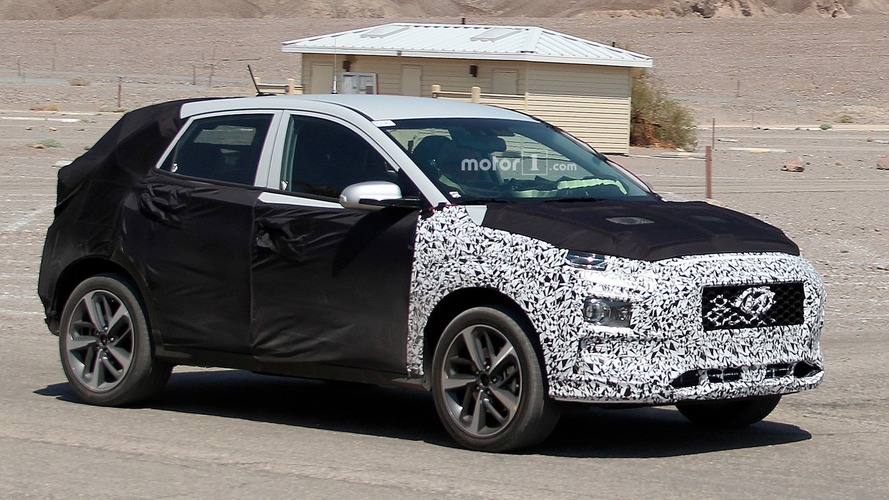 Santa Fe will grow in size and be renamed, Santa Fe Sport will become more rugged.

“It's not just adding new vehicles, it's doing a better job of positioning a family of CUVs,” he told Automotive News.

The two new models will be A- and B-segment crossovers. Little is known about the former so far. The latter will fight other new subcompact models like the new Toyota C-HR and Ford EcoSport, as well as existing entries from Honda, Jeep, Mazda, Fiat, and others. Our spy photographers caught these photos of what may be a prototype of the car in hot-weather testing earlier this year.

By 2020, Hyundai also plans to revamp its larger crossovers. The three-row Santa Fe will grow so it can comfortably seat eight people, and it’ll be renamed because, Zuchowski told AN, buyers now are confused that the three-row Santa Fe and two-row Santa Fe Sport have such similar names. The Santa Fe Sport should adopt a slightly more rugged, Jeep-inspired appearance, and the Tucson crossover will also grow slightly to leave room for the A- and B-segment models below it.

In addition to those, Hyundai will introduce an electric crossover with about 200 miles of range by 2018.

The decision to focus on crossovers comes as no surprise given that Hyundai, like every other automaker, recognizes that car shoppers are more interested in crossovers than traditional cars. For Hyundai in the U.S., that shift is clearly visible in the numbers: so far this year, 28 percent of Hyundai sales are crossovers, up from 23 percent in the same period in 2015.