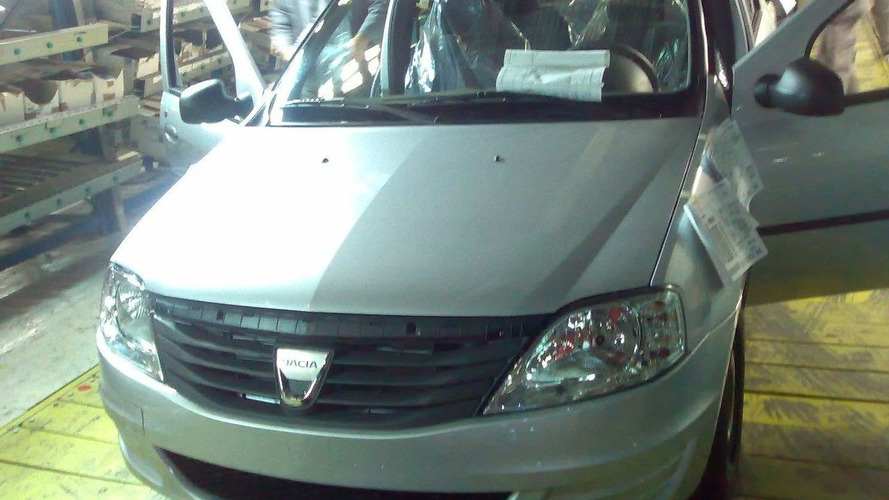 The facelifted Logan sedan will also be the first Euro Dacia to feature the new Dacia emblem. The rear end has also gone through some updates with a new rear light cluster.

Workers taking photos of cars that have not been shown to the general public must be the biggest sin for any car manufacturer, with immediate dismissal the most likely result for the offender. Just ask the Genk, Belgium Ford worker who took photos of the new Mondeo or for that matter the cargo employee who took the ZR1 prototype for a spin. It seems just a matter of time when Dacia will dispatch the black SUV's to pick up two forum members of LoganClub.ro.

Two batches of factory floor pictures of the facelifted Dacia Logan were published on the Romanian forum, a silver version and a red model with a few more chrome details. The changes to the Dacia Logan sedan are not very surprising since the front is borrowed from the Dacia Logan hatchback, which made its world debut at the Geneva Motor Show a few months back.

The facelifted Logan sedan will also be the first Euro Dacia to feature the new Dacia emblem. The Brazilian Sandero already uses the new emblem. The rear end of the budget sedan has also gone through some updates with a new rear light cluster.

Obviously the new Dacia Logan is in production already but when the market launch will be is still unclear, October is rumored by some. The other models in the Logan range will follow the hatchback and sedan later. Stay tuned for official info closer to its release date.

More images after the source jump.