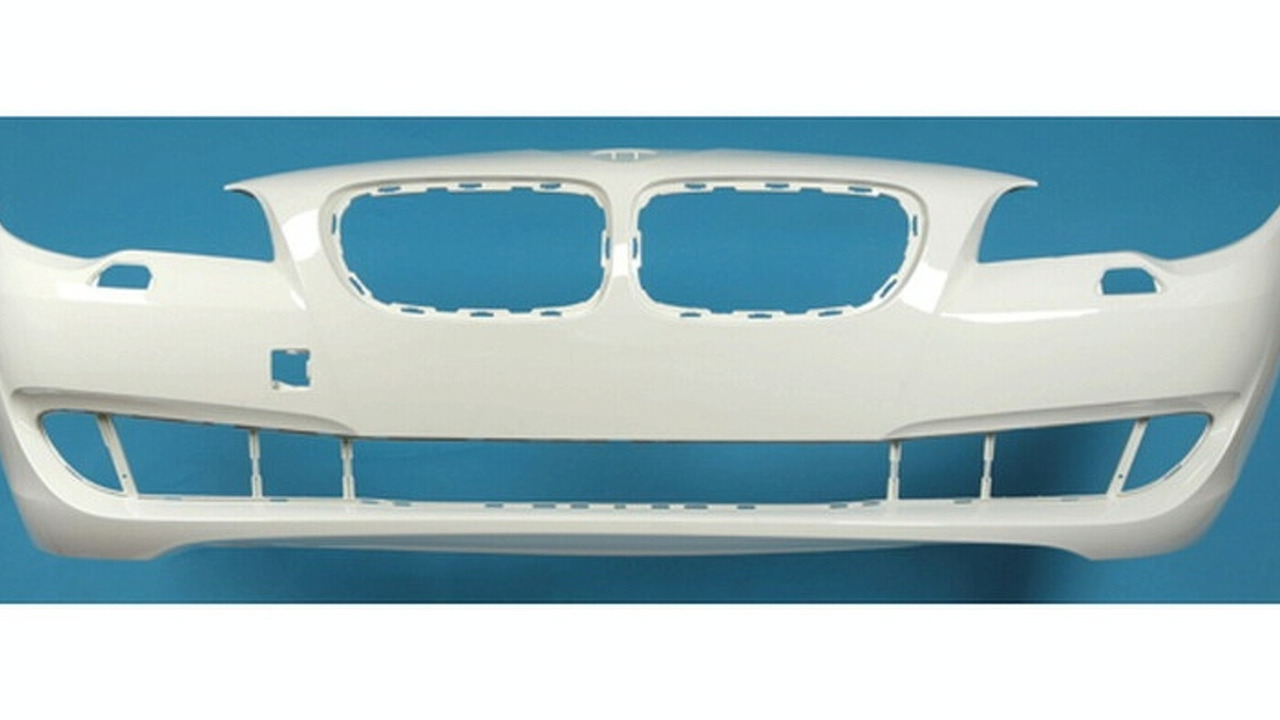 Another BMW part - a front bumper again - shows up in public some time before the car's official launch. It is from a 2010 5 Series, either sedan or PAS.

Most automakers just show sketches. Others prefer a staggered shot by shot reveal over a few months. BMW, it seems, likes to show the real thing before anything else. The same thing happened with the new 7 Series bumper that pitched up on eBay less than three months before its official launch.

This time a bumper said to be from the 2010 5 Series is out there. Indications are also that it could be from the Progressive Activity Sedan (PAS) which is based on the 5 Series anyway. Nevertheless, this is a BMW that has not been shown to the general public yet. Wide in appearance, the bumper shows the BMW emblem to be integrated into it. And while trademark kidneys are of reasonable size and not as pronounced as in the 7, design shape is quite similar to the big sedan's front bumper.