Next-gen VW Amarok pickup could make it to U.S. 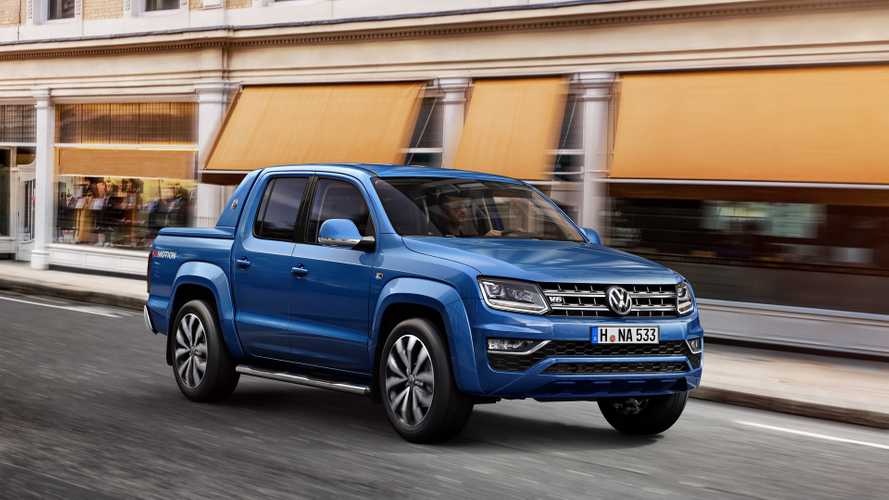 Volkswagen is planning to extend its lineup in 2018 with a possible pickup.

One of the biggest reveals at the 2016 Los Angeles Auto Show was the VW Atlas – a three-row, family-friendly SUV built at the company’s Chattanooga, Tennessee, plant in the U.S. While the bold new SUV will undoubtedly make an impact in the region, another vehicle could join the lineup alongside it in the next few years.

According to Car and Driver, in a recent interview with VW Group CEO of America Hinrich Woebcken, the Amarok pickup could find its way stateside in just a few years time. Proposed for a 2018 launch, the American-bound Amarok would ride on an all-new platform and compete with other B-segment pickups like the Chevy Colorado and Toyota Tacoma. The current Amarok, which has been on the market since 2010, received a facelift earlier in the year as well as a new V6 turbodiesel engine with as much as 224 horsepower (167 kilowatts).

Along with the proposed pickup, American VW buyers may once again see the revival of the diesel engine in some cars and SUVs. Woebcken said that while the company won't be producing the “same magnitude” of diesel vehicles in years past, that consideration is still on the table on a “package by package” basis. VW at one point accounted for 25 percent of all diesel passenger-car sales in North America.

VW of America, meanwhile, will continue to focus on small and medium crossovers and SUVs like the Atlas, as well as updating its more mainstream cars like the Passat, Jetta, and Golf. We won’t know more about a potential U.S.-bound pickup until VW dishes out the details in full.