The most expensive cars our editors have ever driven 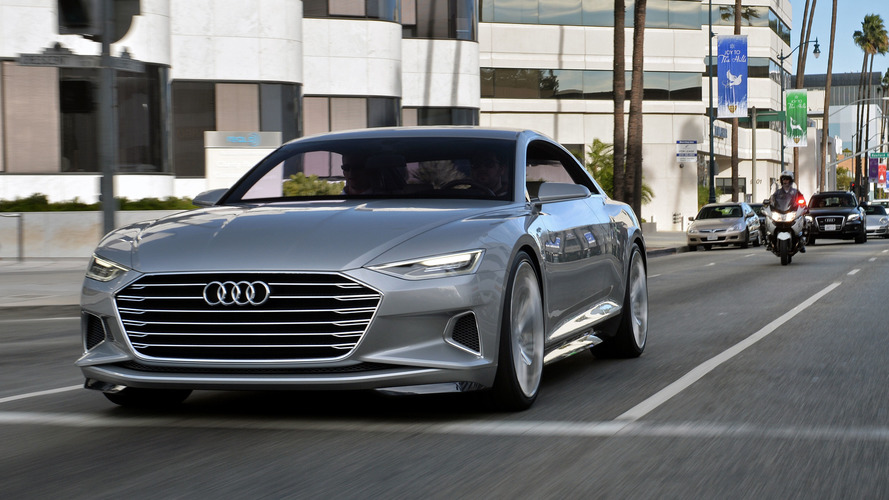 From the pricey to the truly priceless, the high-value rides we've been lucky enough to drive.

Plenty of the Motor1 editors started their driving careers behind the wheel of cheap, hand-me-down cars. Over the course of our careers, though, many of us have been fortunate enough to slip behind the wheel of cars worth more than our homes. Sometimes, in the case of rare classics or one-of-a-kind concepts, we’ve driven vehicles that are priceless.

From our many editors spread out all across the globe, here are the most expensive vehicles we’ve ever driven, in descending order of price. We also fessed up and shared the most we’ve ever spent on our own vehicles. Surprise surprise, there was often a big gap between those figures.

This one’s actually quite a story. Following the 2014 Los Angeles Auto Show, Audi let me drive its priceless Prologue concept through the streets of Beverly Hills… with a police escort… while wearing a weird, white cloth one-piece spacesuit. I wasn’t allowed to exceed 25 miles per hour, so I can’t really say much about ride and handling except that, yes, the car rode, and yes, it handled. It didn’t feel super fragile or rickety, and I loved the fact that the engine – Audi’s 4.0-liter biturbo V8 – wasn’t muffled, so it actually sounded pretty rad. I’m not sure if it was the sound, the car’s design, or the whole police-brigade spectacle, but my experience with the Prologue was certainly memorable, if short. In any case, I’m just happy to say I caused a scene in Beverly Hills one day, and I didn’t even have to do anything illegal. Photo by Drew Phillips.

Three months after I started at my first full-time car magazine job, I figured it was time to retire my super-busted 1998 Ford Escort ZX2. All the punk band stickers were beginning to peel off the back window, anyway. So I bought something cheap and sensible: a brand-new Scion xB. I loved the design and the incredibly spacious interior, and it was actually pretty fun to drive, especially with my car’s five-speed manual transmission. Of course, as my car-testing responsibilities increased, my occasions of xB-driving decreased. I sold the xB just a couple years later, with fewer than 15,000 miles on the odometer.

The most expensive car I’ve ever driven was a Rolls-Royce Ghost II that went about $400,000 when you factor in all the lambswool and inlaid picnic tables and such. But, to tell the truth, I drove it in Dallas and mostly on highways, and it wasn’t very memorable.

But I’d like to think the most irreplaceable vehicle I’ve ever driven was something called the Reboot Buggy – a one-off, hand-built, hot-rodded, off-road pod that, well, was batshit insane. I drove it with the owner – who was just as casual as you please about handing me the key to this vehicle he’d designed from the ground up – around the back lot of a heavy equipment rental store in Grand Rapids, Michigan. I jumped it, I spun dozens of donuts in it, I got so much dirt up and over the polycarbonate doors that I couldn’t tell if I was coughing or laughing by the end of the day. I don’t know if it would sell at auction for more than the Ghost, but if you could buy memories, I know which one I’d bid on.

Ultimately car guys are really practical, and car writers are no exception. So when we get to drive expensive cars for free, things like car payments and lease terms seem kind of uncool. I’ve owned dozens of cars in my life, few of them worthy of comprehensive insurance, though all quite lovable. The most expensive one sits in my driveway today: $13,000-ish for a sweetheart deal on a 2012 Mazda2 that wasn’t yet a year old when my wife and I bought it for her to drive. Yes, it’s a stick, and yes, Molly occasionally drives it like she stole it.

During my time as a driving instructor at the Istanbul Park Formula 1 circuit, I drove many supercars, including the Audi R8, Ferrari 458, Ferrari California, Caterham Supersport R, Mercedes-AMG GT S, Porsche 911 Turbo S, Maserati Quattorporte, Maserati MC Stradale, and Lamborghini Gallardo. But the most expensive one (and one of the highlights) was a Lamborghini Aventador.

There was a private event at the circuit and our instructor team's duty was to give our guests rides in various supercars. My car was the Aventador. My manager said that only I could drive it, because I was more experienced than the other drivers. I took guests for rides all day long until the tank was emptied – I think it took almost 35 laps to finish it. At the time, that Aventador listed here for €750,000 (approx. $819,000).

To be honest, the most expensive car I’ve ever driven is not street legal, because it doesn't even have a license plate. But, hey, here's the growling Mercedes SLS GT3. I drove the racing version of the modern gullwing a couple of years ago at the Nürburgring, though unfortunately the track was wet and the car had slick tires. And, well… I still braked too early before every corner and I never got used to the mind-blowing level of lateral grip. But, above all, what I’ll never forget is the sound of that naturally aspirated V8, with none of the filters that road cars - even supercars - unfortunately have nowadays. Unforgettable.

Trying to test cars for a living had a price to pay in my life: I could never afford a car of my own. First, because I was studying for my degree in automotive engineering. Then, when I spent almost all the money I was earning (my first job? Development engineer for Pirelli Tyres) on attending driving academies, such as the Loris Bicocchi school for professional test drivers. And now, living in a big and expensive city like Rome, I’m still saving money to buy a second-hand rear wheel drive car. The Mazda MX-5, Toyota GT86, and E36 BMW 3 Series are already on the wish list.

Until this year, the priciest car I had driven was a Bentley Mulsanne Speed that stickered for $397,732. This year, however, I just barely beat that when I spent a night in a Rolls-Royce Dawn that cost $402,675. Upon leaving the office parking lot, I immediately lowered the car’s roof to soak in both sunlight and awe-struck catcalls from passersby near our Detroit office. Then I met up with some coworkers for dinner, parking way at the back of the parking lot to avoid any door dings.

On the way home, I met up with a college friend to go for a ride in the Dawn. It was his first time in a Rolls-Royce, and after shooting some selfies, we went off to a fancy shopping mall nearby so he could have his watch repaired. On the way home, sun just dipping below the horizon, we stopped at an ice cream shop to round out the gorgeous evening– very carefully wiping melted mint chocolate chip off our hands before getting back in the car, of course.

The most expensive car I purchased for myself? A Focus SVT I bought used for $7,800. Not that I really got my money’s worth: I drove it a grand total of 4,000 miles in the three years I owned it because I started driving press vehicles regularly.

There were only 550 examples of the Bentley Brooklands built, and I drove the first one ever on American soil. Bentley asked me to deliver it from the spot it made its North American debut in New York City to my home in Cleveland, Ohio. It was a weird-looking car that felt nine years older than it was to drive and had few modern conveniences for the time. The only things that justified its nearly $400,000 price were the low volume number, its flying-B hood ornament, and having the biggest back seat of any coupe in the world, probably ever.

Technically, the most expensive car I’ve ever bought is a then-new 2014 Kia Soul, but my wife’s the only one who drives it, so it doesn’t count. The most expensive car I bought for myself, then, is my childhood dream car: a 1991 Ford Taurus SHO Plus in Jewel Green with tan leather interior (I was a weird kid). I don’t know why I fell in love with the SHO when I was young, but I did. I didn’t know anything about family sedans versus sports cars; I just thought it looked cool. And the Yamaha V6 under the hood looked hotter than a Ferrari’s engine. So, when I became an adult and this blogging thing started paying the bills, I found a SHO Plus (Plus models had a plastic hood and rear deck spoiler) a couple hundred miles away and happily overpaid for the ability to tell my younger self that I had bought our dream car.

In 23 years of experience, I’ve had the opportunity to try out some pretty cool cars. Among the best I think are the Ferrari 488 GTB, Audi R8, the McLaren 650S Spider, and the Mercedes-AMG GT S. I will perhaps best remember the McLaren 650S. We did a photo shoot in an industrial area for an entire day. The car we had was yellow and made a deafening noise on acceleration. Alas, I would have loved to take it out in the French mountains and enjoy the precision of its chassis in the beautiful roads of our country.

I unfortunately never bought a personal car, simply because I don’t have the means to get the one I want! In the future I would like, ideally, to buy a Ferrari F430 Scuderia, or perhaps an F430 Spider, or else a Porsche 911.

The most expensive car i've driven as an automotive journalist was probably the Mercedes-Maybach S600. I only had time to drive it at lunch, so I grabbed a sandwich at the canteen and took the luxury sedan for a spin. I went to Versailles near the chateau, and parked in a deserted parking in the woods. I got in the right-rear seat, pushed the front seat all the way forward, turned on the television, and started to eat my €4 sandwich, stretched out, watching the news. Which is probably the best way to enjoy a €150,000 (approx. $164,000) car! I also briefly drove much more expensive cars, including Bugattis and Lamborghinis, when I worked in valet parking at luxury hotels in Paris and Dublin.

Gallery: The most expensive cars our editors have ever driven