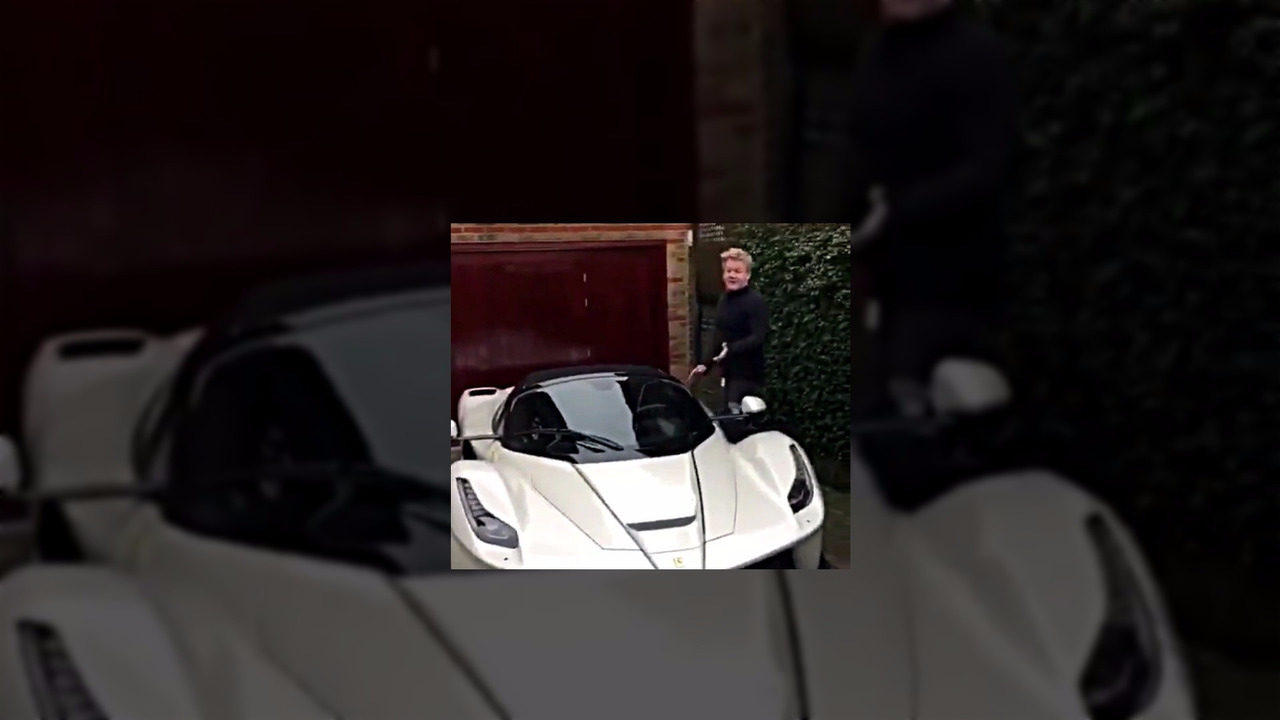 The foul-mouthed TV chef is extremely proud of his new ride, immediately driving out on the streets of London.

When foul-mouthed chef Gordon Ramsay appeared on the last season of Top Gear, he let slip that he had been given the chance to buy a LaFerrari Aperta. About two weeks before the existence of the drop top hypercar had been made official.

And now the lucky so-and-so has taken delivery of the Bianco Italia (pearl white) beauty - a "giant spider", as he calls hit - posting a video of it on Instagram.

Just 199 LaFerrari Apertas will be built, all of which were sold long before the model was officially confirmed. Mechanically, the Aperta is identical to its hardtop sibling. Power comes from a searing, 6.3-liter, naturally-aspirated V12 motor, assisted by a hybrid system similar to the kinetic energy recovery system used in Ferrari’s Formula 1 car.

The price? $2.1 million. Before options.

Ramsay immediately hit the perilous, narrow streets of London in the Aperta, attracting a hoard of supercar spotters, including Youtubers TheTFJJ who followed Ramsay to high-end dealer Joe Macari on the western outskirts of the city.

We can only speculate as to why Ramsay went to visit a dealer so soon after getting his Aperta - maybe to show off, maybe to get a valuation.

No doubt Ramsay will be seen out and about in the Aperta much more - there won’t be many in London, and his is almost certainly the only one finished in white. His personalized license plate is pretty distinctive, too.