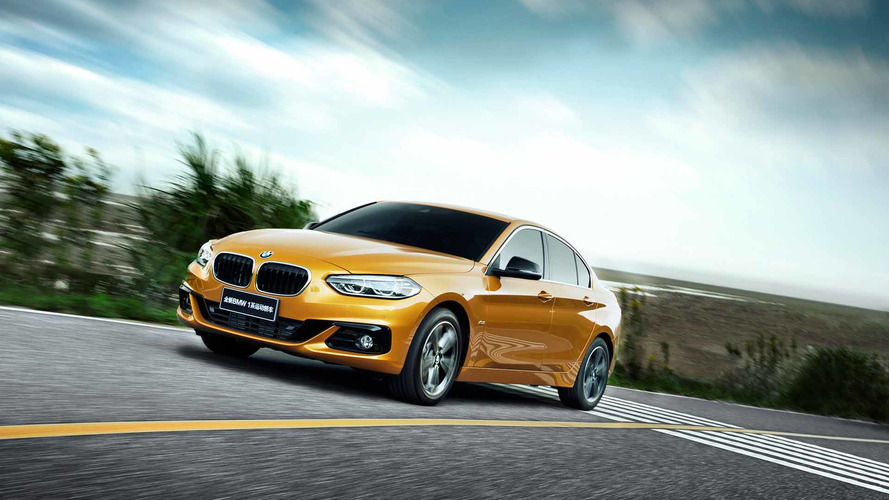 The baby Bimmer made its debut at the Guangzhou Auto Show.

Designed exclusively for the Chinese market, BMW has debuted its new 1 Series sedan at the Guangzhou Auto Show. It's the smallest car the company has ever built, and is aimed directly at the "young generation from China," says senior of sales and marketing Jochen Goller – but what it lacks in size, it more than makes up for in amenities and overall performance.

Visually, it shares a number of cues with its two-door 2 Series sibling, specifically on the front end. The double kidney grille remains the focal point, while dual halo-style headlights with LED technology make an appearance. A long hood and short overhangs give it a stocky look, mimicking the rest of the vehicles in this segment.

Inside, the 1 Series features an 8.8-inch central LED screen that utilizes BMW’s iDrive system. Paired along with it is a full-color heads-up display, dual-zone climate control, leather trim, and a number of other optional features.