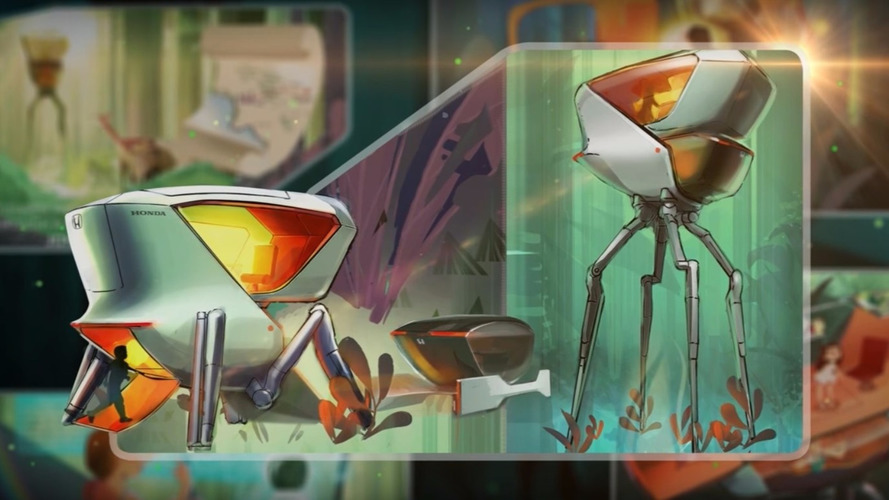 In 2050 we'll be able explore the world in a maglev pod. Apparently.

Whether we like it or not, the car of the future will almost certainly be some sort of autonomous pod. Which raises a question: if we no longer have to drive, what else can we do our journey time?

The entrants were asked to imagine what the “user experience” could be in those autonomous pods, in 2050. And some amazing ideas were proposed.

A concept put together by Honda, Lego and virtual reality specialist Trigger won with their multi-use pod. Starting from Lego models built by kids, they conceived a pod that could slot into a whole range of different frames. A four-cornered “chassis” would be used on-road. You could explore the sea in a porpoising, dolphin-like frame. Or the forest in a pod perched atop a World of The Worlds-esque tripod. And a maglev rail system would carry frameless pods long distances.

Chinese EV startup Qiantu Motor and mobile game developer Creative Mobile envisioned something similar. Their pod can also travel on maglev-type rails. Or be hooked up to a drone, turning into a flying pod. With a four-wheeled chassis, it can even be raced, apparently knocking out a nine-second quarter-mile.

Recently-established Chinese automaker Qoros had a go, too, with a machine that appears to roll not on wheels, but on Wonder Woman’s Lasso of Truth. Designed in conjunction with Crayola, it lets the occupants create virtual drawings that then appear out the window - actually a giant screen.

As would the concept dreamt up by motorcycle maker KTM and design agency Kiska. They have harnessed VR headsets and joysticks as the control system for their remotely-operated racing machines.