It's the second of many more crossovers styled by Pininfarina to be launched locally in the years to come.

The Los Angeles Auto Show might be making the headlines these days, but 7,232 miles (11,638 kilometers) away in Guangzhou, China there’s another car show taking place. Local automaker South East Motor is attending the event with the DX3 compact crossover designed by none other than Pininfarina. The production version was previewed earlier this year at the Beijing Motor Show by a namesake concept and now the model is ready for the roads in China. 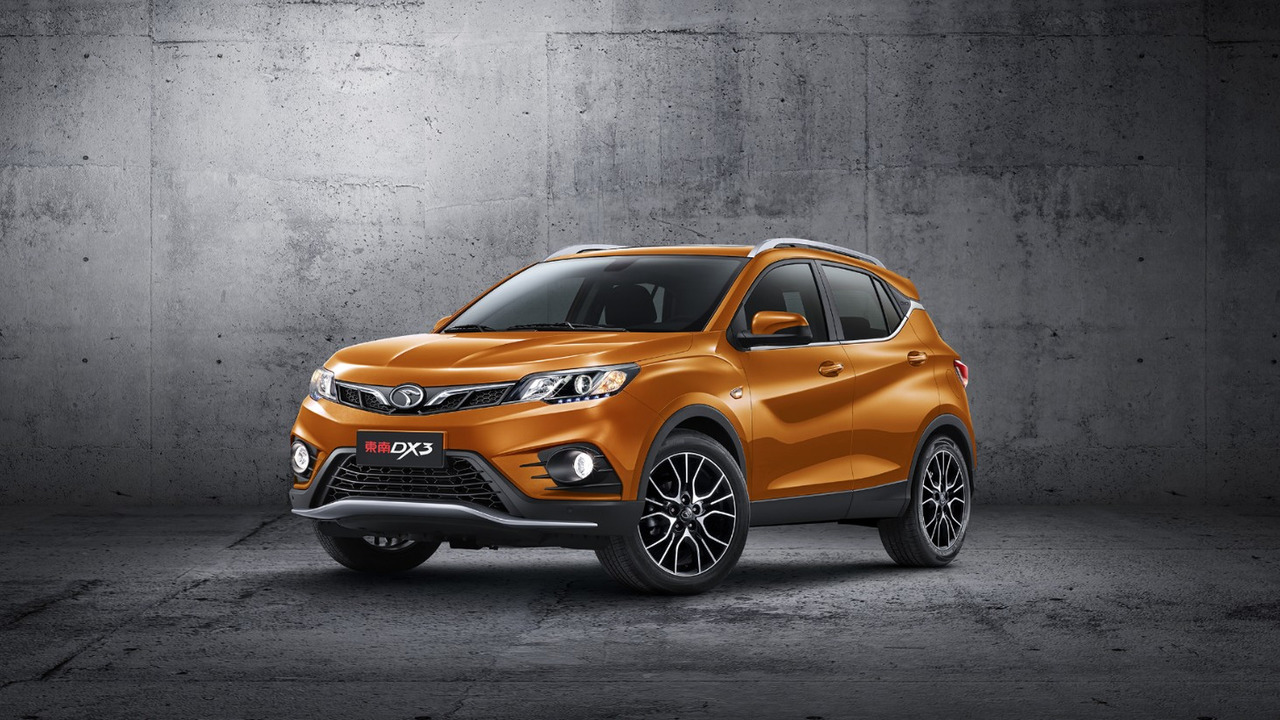 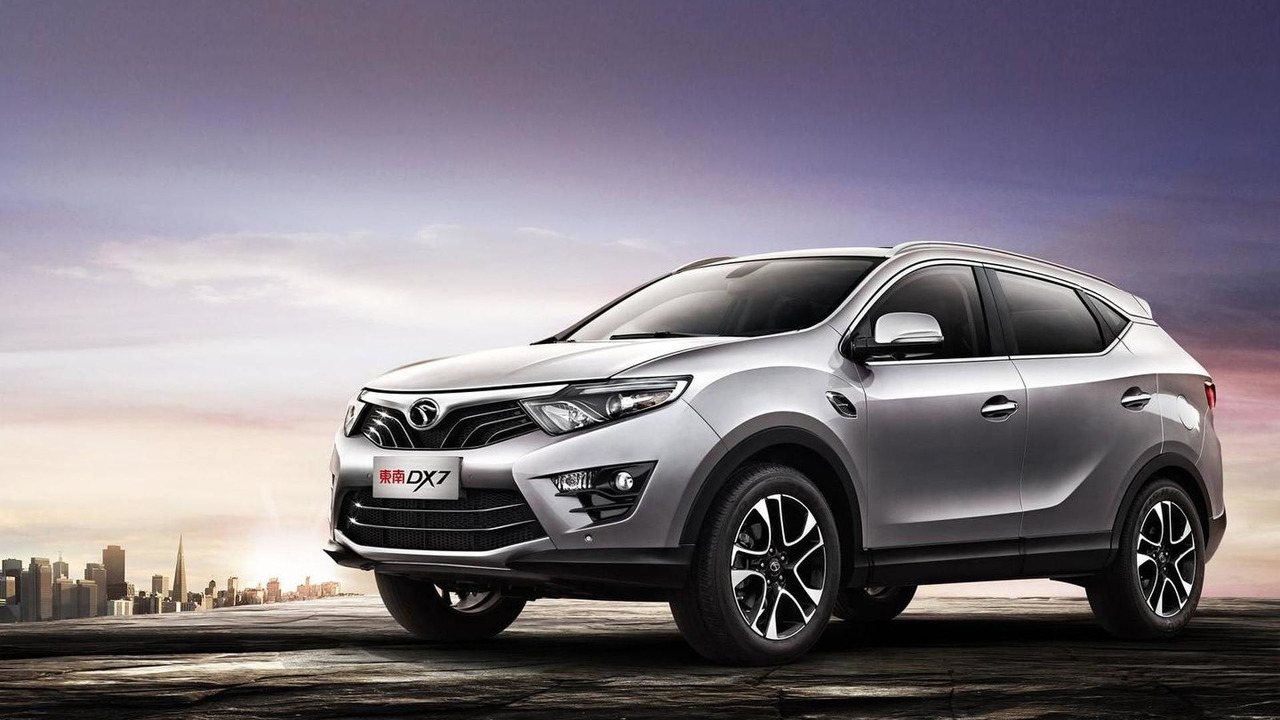 It’s actually the second time the two have joined forces, following last year’s launch of the larger DX7 crossover, which was described back then as being “the first Chinese SUV with an Italian touch.” It’s now a “commercial success” with monthly orders regularly exceeding the company’s target of 10,000 units. As a matter of fact, SEM and Pininfarina have plans for a multitude of crossovers and SUVs scheduled to be introduced in the next five years in China to capitalize on the continuously growing popularity of high-riding vehicles. 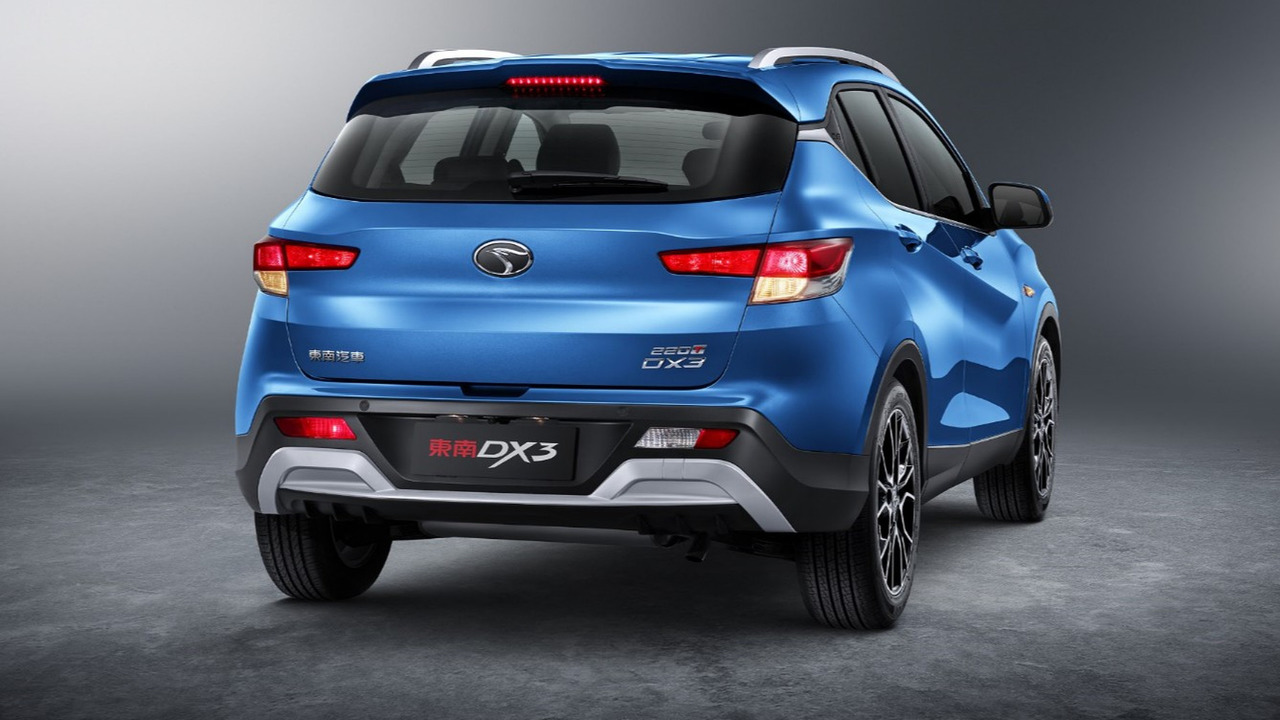 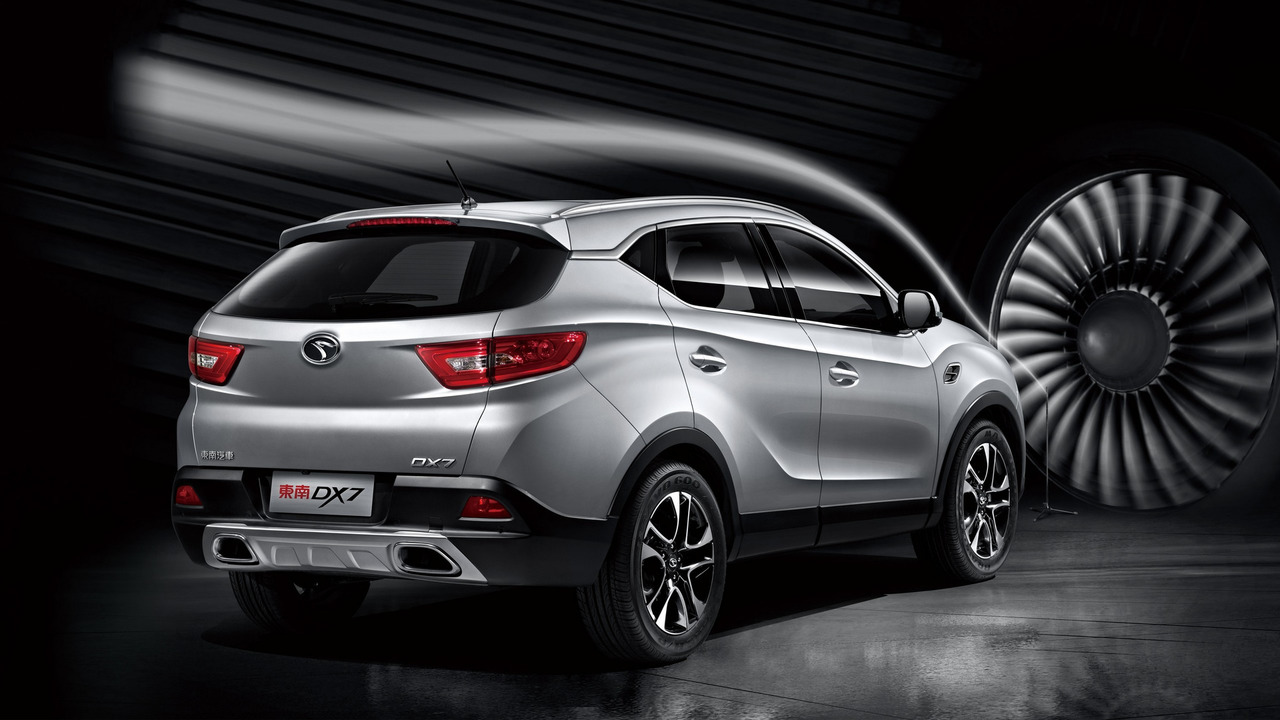 Mahindra-owned Pininfarina didn’t just take the DX7 and scale it down to 75 percent as the DX3 is different than its bigger brother, not just on the outside, but on the inside as well. It looks a tad sportier and more youth-oriented, while underneath the hood it has a turbocharged 1.5-liter engine working with either a five-speed manual gearbox or an optional continuously variable transmission. 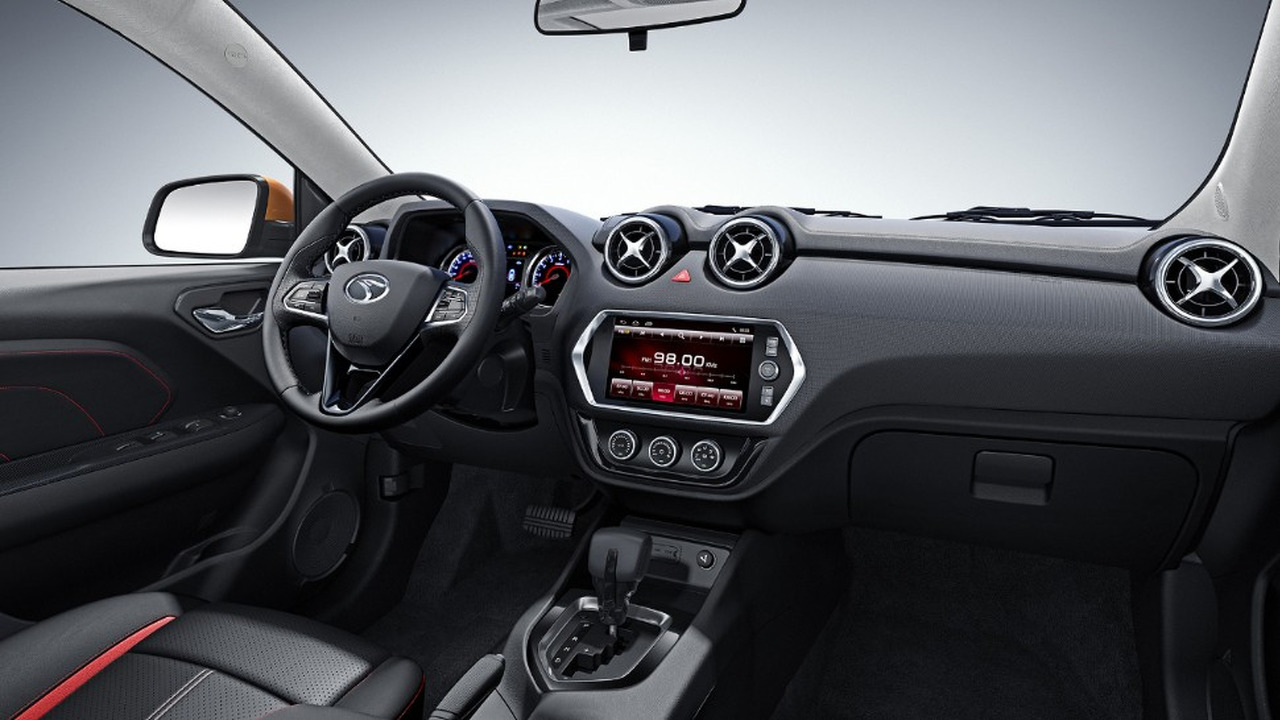 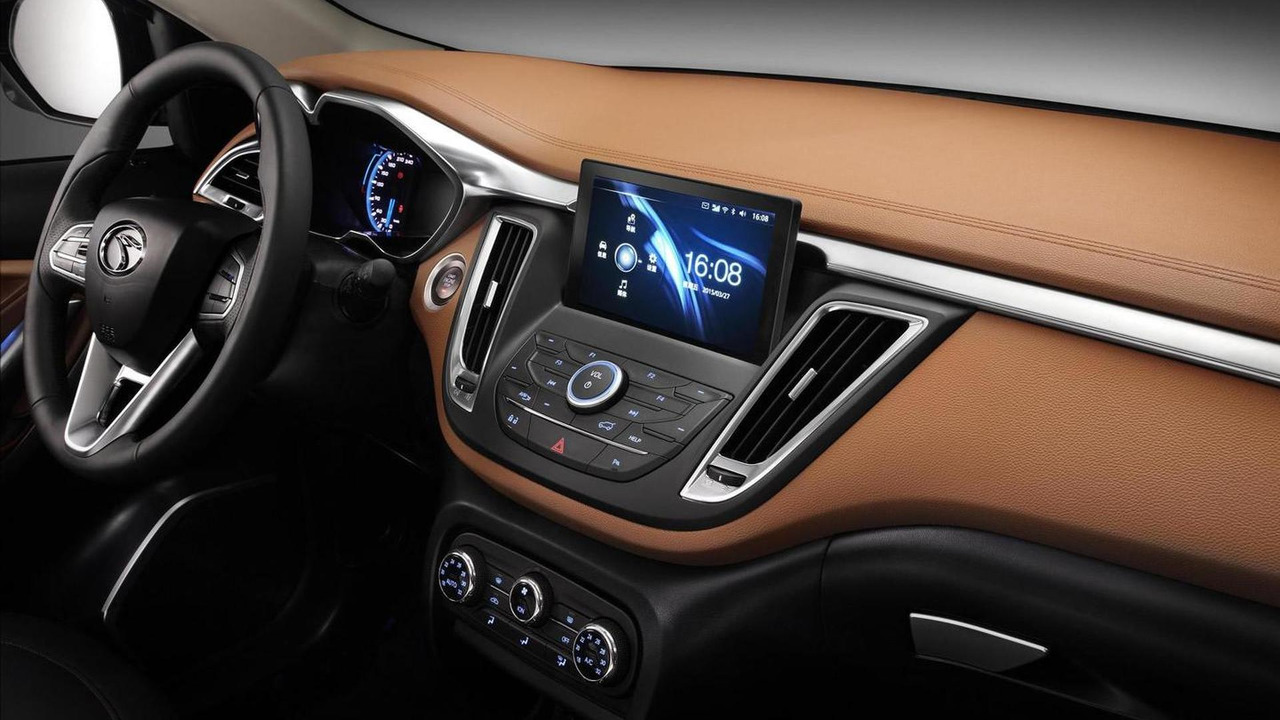 With compact crossovers being all the rage these days in the People’s Republic, the SEM DX3 will have to face some pretty stiff competition. Pininfarina’s signature on the design could be the ace up its sleeve, but only time will tell whether it will be enough to make the DX3 a success in China’s crowded CUV segment. The bigger DX7 is doing quite well taking into account it’s coming from a virtually unknown brand, so the smaller and more affordable DX3 could put SEM on China’s expansive crossover map.

At Guangzhou Auto Show the DX3 designed by Pininfarina

Thanks to Pininfarina design, boom of sales and awards for the DX7 of South East Motor

Turin, November 18, 2016 – At the Guangzhou Auto Show will debut today the new compact SUV DX3, the second model born from the collaboration between Pininfarina and South East Motor-SEM.

The DX3, combining a sporty look with flowing and elegant lines typical of Pininfarina, will form the basis for the future style language of the DX series. In the next 5 years, SEM will develop together with Pininfarina different types of SUVs with the goal of forming an entire family of products for China.

The DX3 is a new compact SUV designed for young generations with a dynamic lifestyle. Together with SEM Pininfarina experimented a variety of design proposals to create an innovative vision based on the values of SEM linked to the expectations of young customers.

DX3’s design expresses vigor and momentum through a dynamic flow of surfaces like moving water. A powerful  and muscular design with bold and generous shapes. All of these elements are blended together in a single flow, like in the artistic conception of Chinese Calligraphy, creating a design of perfect balance between vigor, sport and power. The interiors as well offer a new on board experience both exciting and vibrant. The dashboard reminds the dynamism of an aircraft through the strong identity expression of the air vents. The high precision and quality of the interior details, from the multifunctional steering wheel and aircraft-styled gearshift to the super large touch screen, offer an intuitive interaction and a joyful driving experience to the user. The result is a young and fashionable SUV that moves forward the design expression of SEM to a new level of confidence. The confidence of beauty.

The DX 3 is the continuation of the design activities on the DX7, the first Chinese SUV with an Italian touch, presented at Auto Shanghai 2015. Thanks to Pininfarina design, the DX7 boomed winning dozens of awards, among which the Red Dot China Good Design Award and the SUV of the Year Award in 2015 as part of the "China Automotive Billboard Awards". Since it went into production in July 2015, moreover, the DX7 exceeded for different consecutive months the target of 10,000 monthly orders, rapidly conquering the Chinese SUV market. The DX7 had already won, in his first appearance at the Guangzhou Motor Show in 2014, the prize "The most awaited local SUV brand" awarded by more than 100 media and more than 50,000 visitors.

To actively contribute to the success of the partnership with South East Motor is the Pininfarina Automotive Engineering Shanghai team (PAES), established in 2010 with the aim of locating a satellite design development in Shanghai, automotive strategic site for the Asian region. Today PAES is an established outpost of commercial development and design creation that, under the guidance of Federico Viganò (General Manager) and Orazio Daldosso (Design Director) and supervision from Italy of the Chief Creative Officer Fabio Filippini, can count on a multicultural team of 20 people that give the Chinese headquarters of Pininfarina a strong international character and global vision in the daily challenge to an increasingly demanding market.

The 2015 data are clear: growth of the customer portfolio, 3 million euros of revenues (more than tripled compared to 2014), over 20 projects developed, 7 of which in collaboration with the Italian headquarters and 14 independently, 20 clay models and 13 models CAS made. A development which also required the expansion of the offices and the transfer to the technological hub Auto City, also in Shanghai.

Pininfarina was the first Italian design house to provide styling and engineering services to Chinese carmakers since 1996. Since then, Pininfarina has expanded its range of activities by developing partnerships with manufacturers like AviChina (Hafei), Chery, Changfeng, Brilliance, BAIC, JAC and others, for which commercially successful vehicles have been designed.